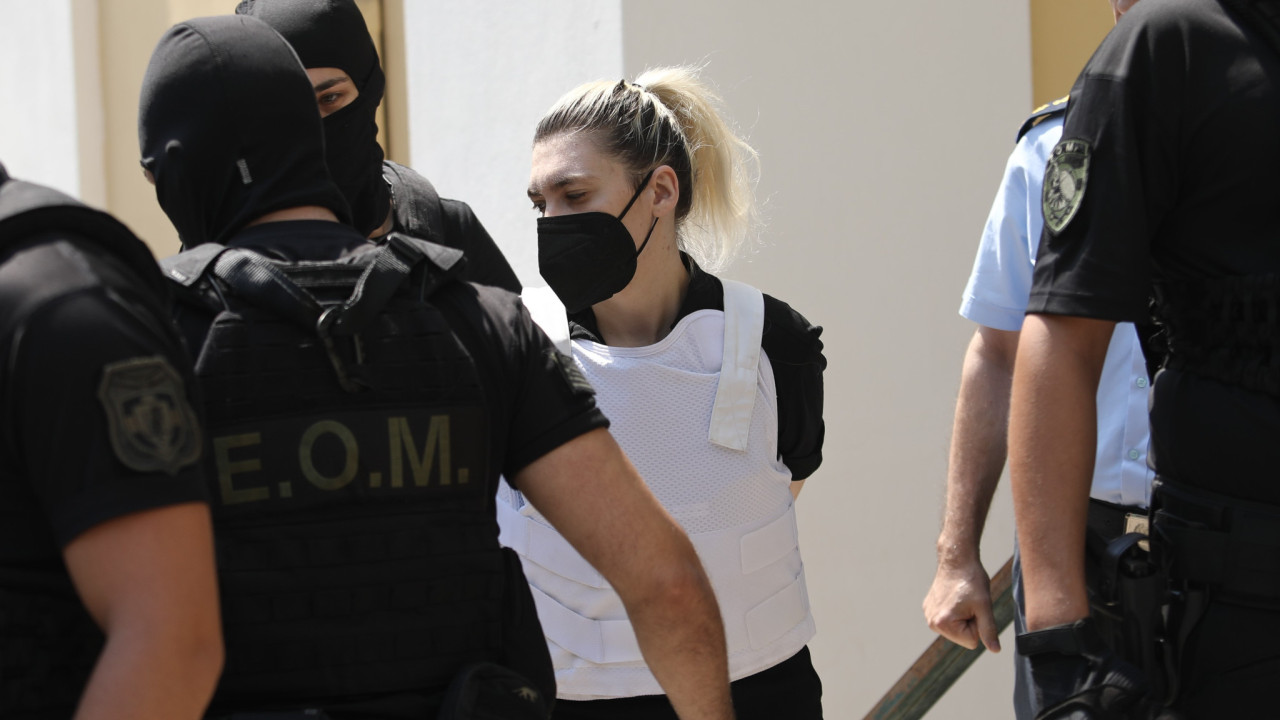 On Wednesday, Roula Pispirigou apologizes for the deaths of Malena and Iris

New request for examination of witnesses, medical examiners and others, submitted on the eve of her scheduled apology, for the deaths of her two youngest daughters, Rula Pispirigou.

The temporary prisoner for the death of her 9-year-old first-born daughter Georgina, who after two deadlines has been summoned tomorrow to testify for the deaths of Malena and Irida, submitted today Tuesday, through her lawyer Alexis Kougia, a new request to the investigator of the case, from which he asks to call specific scientists to an apology, as witnesses of special knowledge, but also to a cross-examination of some of them. The request comes after a corresponding one he had submitted regarding the examination of witnesses which was granted by the Investigator.

According to a press release by Mr. Kougia, after what was testified by experts “it was proven, even with a delay of several months, that the regular coroners of Athens and Patras, Messrs. Tsakona and Tsiola, but also the regular coroner of Piraeus, Mr. Tsantiris, they are vindicated for the expert reports, which they had issued where they diagnosed the deaths of the two late girls from pathological causes and not from criminal action”.

The 34-year-old accused, according to her lawyer Alexis Kougia, asks the judicial official, before her apology:

Otherwise, on behalf of the lady accused I will take all legal procedural actionsin order to ensure her legal interests” says Mr. Kougias who characterizes the medical examiners Nikos Karakoukis and Nikos Kalogreas as “self-appointed”, who decide in a conclusion to the Prosecutor’s Office that the deaths of Malena and Irida are the result of criminal action.

In the press release it is stated that the examination of the witnesses it requests is imperative so that “the Greek Justice will have to choose between the official forensic reports and expert opinions of Mr. Tsiola, Tsakona, Dimakopoulou in order to judge the fate of Ms. S.P. , and Messrs. Kravvaritis, Mesogitis, Tsandiris (we are expecting another 2 forensic reports by other 2 regular medical examiners) and the comical scientific forensic content of Messrs. Karakoukis and Kalogria”.

In fact, in the request, Mr. Kougias emphasizes that “in the interest of the accused lady I will not allow to apologize without carrying out these imposed investigative acts, I request that the above requests of the accused lady be satisfied, being certain that this will prove her innocence”.