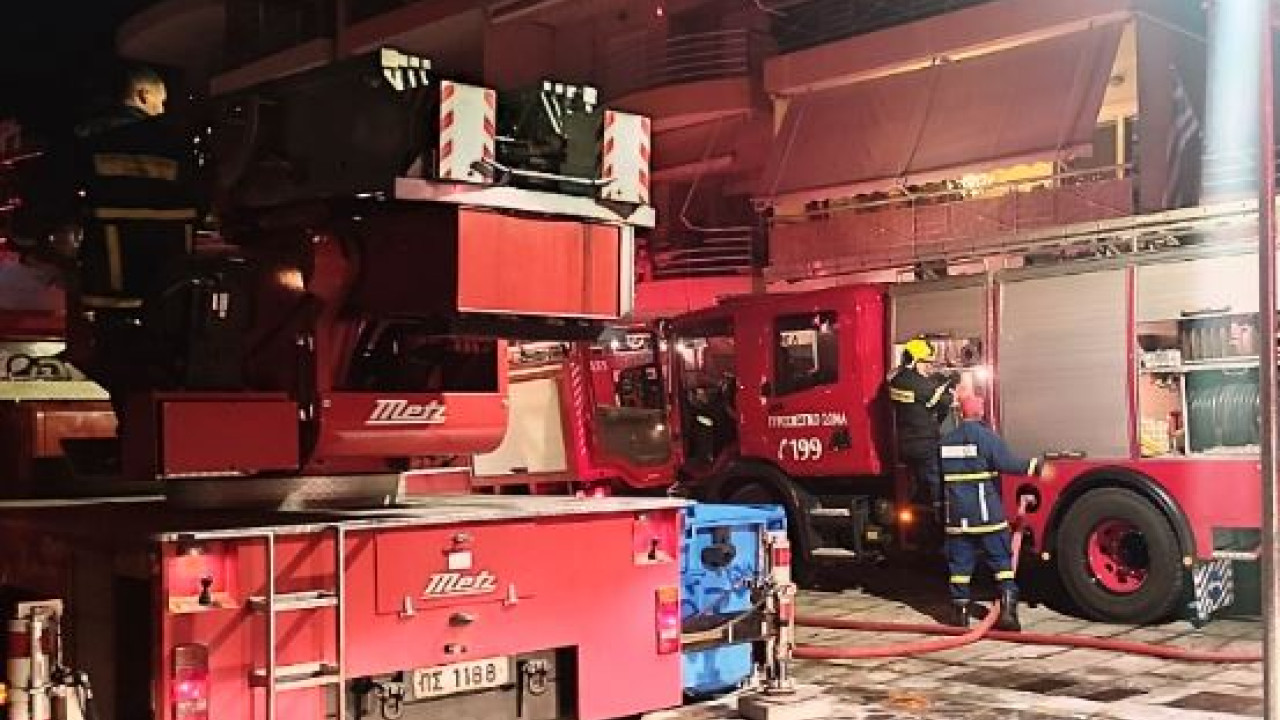 How 15 people among them and an infant were saved

Fire broke out last night in the basement of an apartment building on Karabatzaki street, at the height of Paraskevopoulos, for an unknown reason.

The Fire Department carried out release operation fifteen rentn, including a small child, who live in the apartment building and were trapped by the thick smoke, in the hallways and stairs as there was trash and old furniture that was burned.

An alarm was sounded at the Fire Department, while 40 firefighters tried to put out the fire, who unexpectedly removed the people (a dog and a cat) from the balconies of their apartments.

The extinguishing operation was difficult, because there was furniture, firewood and old household items in the area. In addition, the firefighters were operating in the “blind” as there was darkness and intense smoke. For this reason, they used thermal cameras to extinguish the fires.

The firefighters, after rescuing the occupants, extinguished the fire, which had been confined to the basement area.