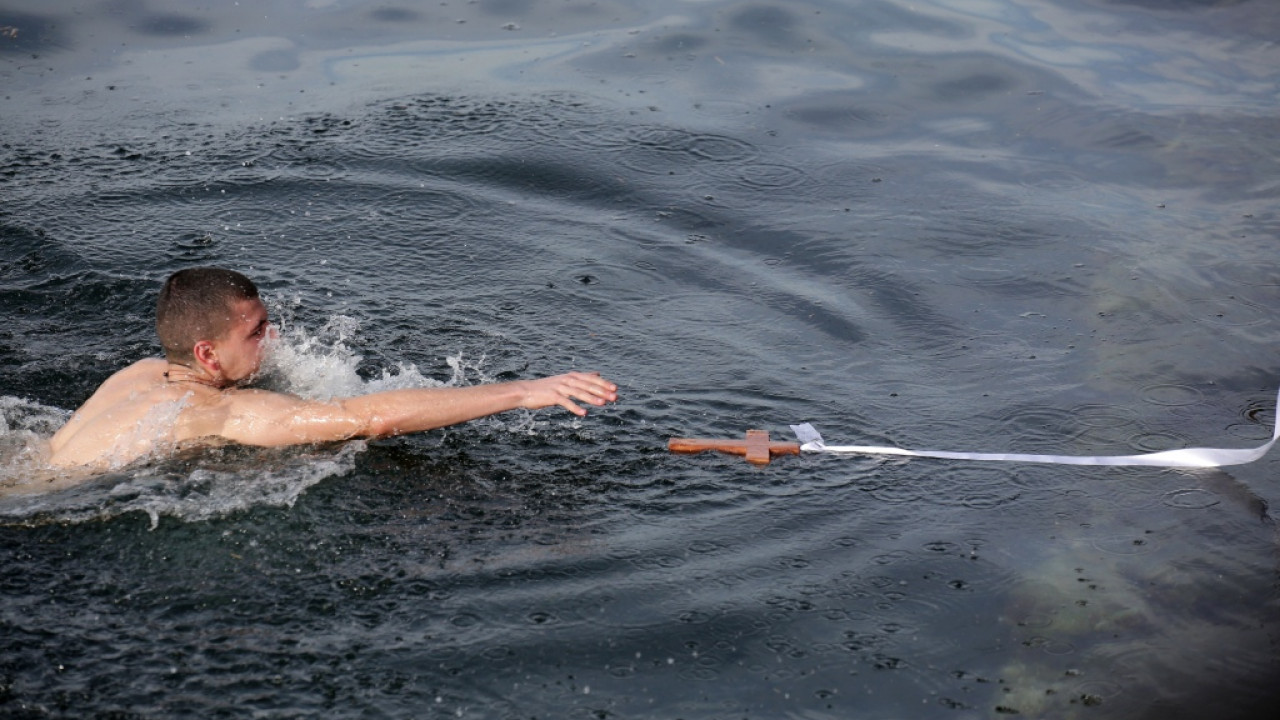 Of the holy waters

On the Feast of Lights, one of the most sacred in the life of Christians, the Church celebrates the manifestation of the three persons of the Holy Trinity to the world

“…And with the holy waters, the Lights”, Georgios Drosinis paints so simply and captures with his pen the annual Epiphany day, the third and last of the Christmas holidays.

This, in fact, is also the only time of the appearance, on Earth, of the Holy and consubstantial and indivisible Trinity.

More precisely, the Gospel according to Matthew (Chapter 3, 1-17) describes that John the Forerunner, following a divine command, leaves the desert and goes to the Jordan River where he preaches the word of God and baptizes the believers. One day, Jesus comes from Galilee and asks John to baptize him. At first, he refuses to baptize him and tells him that he needs baptism from Him. Jesus, however, convinces him. During the Baptism ceremony, the Holy Spirit in the form of a dove sits on the head of Christ, while at the same time the voice of God and the Father is heard from the heavens saying “This is my beloved son, in whom I am well pleased”. In this way in Baptism we have the triune presence of God.

Holy Theophany, Epiphany or Lights, three different names for the manifestation of the Holy Trinity

The name Theophany is also the oldest and has its origin in the words of the Apostle Paul “God was manifested in the flesh” (1 Tim., 3 16). The name Epiphany is later, but it has its origin in the Holy Bible, specifically in Tit., 2, 11 “For the saving grace of God has appeared to all men” and Tit., 2, 13 “and the surface of his glory great God”.

The Baptism of the Lord was connected with the baptism of the catechists, which is also called “enlightenment”, and gave the third name to the celebration, “The Lights” or “The Holy Lights”.

“Today you enlightened the world, and your light, Lord, shined upon us, knowingly praising you;

You came, you appeared, the unreachable light”, praises Romanos the Melodious.

Epiphany is not known with certainty when it was established to be celebrated. However, they are one of the oldest holidays of our Church.

The main rites of the Epiphany are considered the Great Sanctification, a religious ceremony that takes place inside the Churches, followed by the Immersion of the Holy Cross.

The waters are sanctified

The priest throws the Cross into the sea or the river (where there are none, water tanks are consecrated, as in Athens), in imitation of the Baptism of the God-man. Young people fall to catch it, and it is considered a blessing for the catcher and his family.

In Attica, the official immersion of the Cross was set to take place from the beginning of 1900 in Piraeus, while similar ceremonies take place in all the prefectures of the country.

And… on the lips of every believer, the church hymn, the Apolytikio of the Epiphanies “In the Jordan of your baptism, Lord, the worship of the Trinity was manifested; for the voice of the Father testifies to you, dear to your Son, naming you; and the Spirit in the form of a dove, sure of his of course the safe. Glorious Christ is God, and the world has been illumined by your glory.”

Facebook
Twitter
Pinterest
WhatsApp
Previous article
Vassilis Topalos fought with an experienced 25-year-old boxer before collapsing!
Next article
The engines of tourism are at “full speed” throughout the festive 15th day – How travelers moved around Greece

Bad weather “Barbara”: What does the updated E.M.Y. bulletin say?