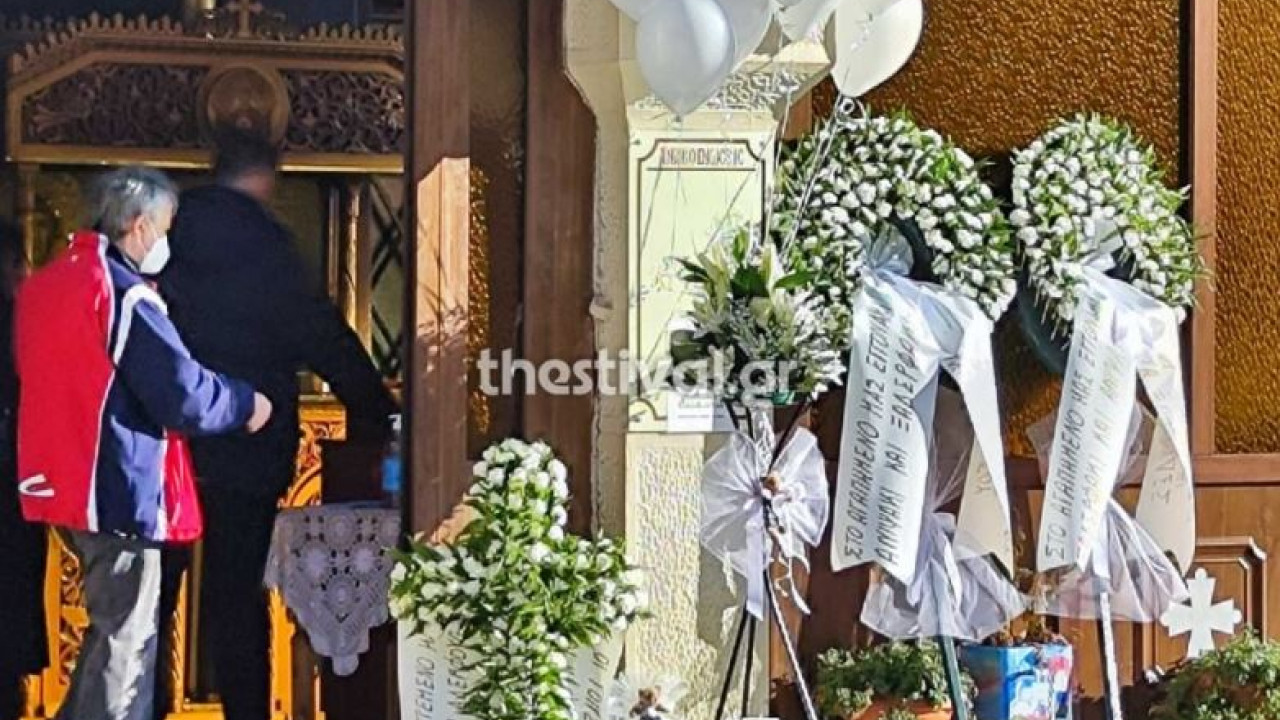 Hearts are breaking in Grevena – The last goodbye to little Thomas

Tragic figures, his heroic parents who found the strength to give life to seven children after the loss of their little angel

Hearts are breaking in the Holy Church of Evangelistria in Grevena. Relatives, friends, residents of the area, attended the Holy Church to say the last to little Thomas.

His parents are tragic figures. His heroic parents, who in their pain, found the strength to give life from the loss of their little angel.

But they didn’t stop there. They want to save more lives. Instead of wreaths, they asked for a sum of money to be collected in the special box that will be located outside the church for the purchase and donation of defibrillators to primary schools in Grevena.

According to information, the heart of little Thomas will be given to a 6-year-old girl in Turin who was living with mechanical support, the lungs of the boy from Grevena to an 11-year-old boy in Bergamo and a part of his liver to an infant of only 5 months with the other part to go to a patient in Rome.

As for the corneas and kidneys that will be given to patients in Greece, a second surgery will follow in the near future.

Facebook
Twitter
Pinterest
WhatsApp
Previous article
After a life that was dynamite, Roberto, idol of Vasco, dies at 68
Next article
Cyprus: The enthronement ceremony of Archbishop Georgios with Byzantine splendor – The moment of the enthronement