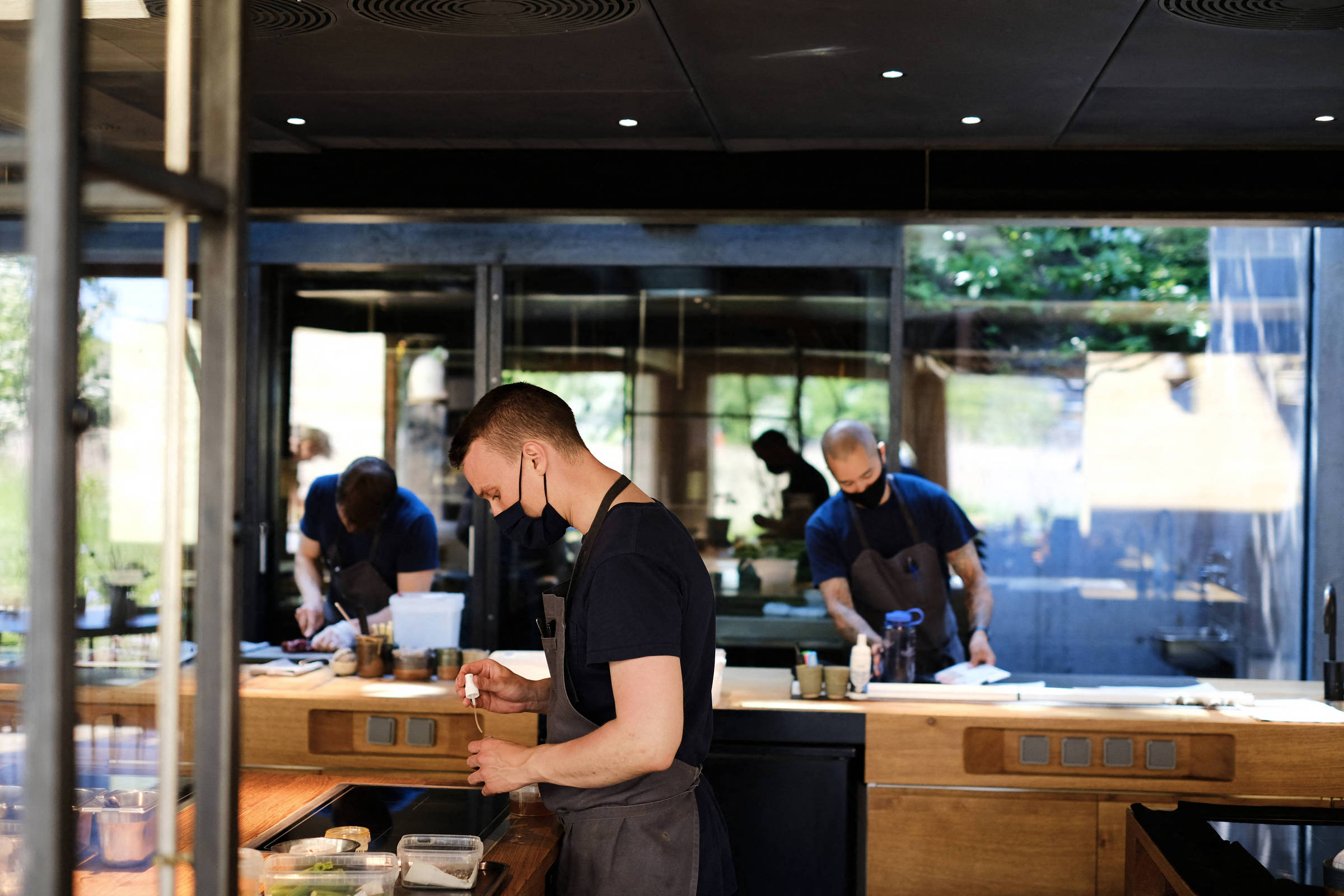 Closure of Noma raises debate on sustainability of haute cuisine

Voted best restaurant in the world five times, Noma, in Copenhagen, announced this Monday (8) that it will close its regular service to customers at the end of 2024. The news has raised debates on how to face the creative process, the business and to the employees in haute cuisine.

The restaurant informed, in a letter on its website, that the proposal for 2025 is to become a “giant laboratory”, with a test kitchen focused on food innovation. “Serving people will still be part of who we are, but being a restaurant will no longer define us,” the publication continues.

The text, which was signed by chef René Redzepi and his team, also states that Noma is open to promoting seasons or carrying out pop-ups.

Redzepi, responsible for the open house two decades ago, transformed his minimalist kitchen into a symbol of the class of restaurants focused on hyper seasonal and local research of ingredients, capable of attracting waves of well-heeled tourists — to try the vegetable, forest or ocean menus for about of BRL 2,700.

“Him [o chef] is closing in the current format. Redzepi spoke about the format, that the business became unsustainable in terms of cost and maintaining a large team. It is an issue that will now also be considered”, says Rosa Moraes, president of the Brazil region for The World’s 50 Best Restaurants, which produces regional and global rankings.

In an article published this Monday in The New York Times, the chef claims that the “fine dining” or haute cuisine restaurant model he helped create is “unsustainable”. “Financially and emotionally, as an employer and as a human being, it just doesn’t work,” said Redzepi, who also has three Michelin stars, the French publication’s highest category.

According to the American newspaper, elite houses like Noma are facing scrutiny on the treatment given to employees – in the world and in Brazil, the sector accumulates reports of long hours, low remuneration and, sometimes, cases of moral harassment. Redzepi himself has already admitted inappropriate behavior with his team.

The theme is essential for the discussion about the viability of these establishments, says Joana Pellerano, anthropologist and researcher in the field of food. “There is no way for a business model to be sustainable and based on exploration. And we see a lot of this happening in the gastronomic scene disguised as love for the profession and the necessary dedication to work”, she says.

Pellerano believes that the arrival of new generations in kitchens has contributed to bringing visibility to the discussion and “helping to denaturalize a behavior that has existed in the sector for some time”.

She also claims that the model of haute cuisine restaurants based on long and complex research of ingredients and techniques may also be losing ground.

“This reflects the scenario of a market that unfortunately is demanding faster responses, which does not allow investigations of several months as was possible in Noma. Today, this research is directed to dishes that will be on the menu next week.”

Imagining that the haute cuisine restaurant model is running out of steam, however, is a mistake, says chef Ivan Ralston. During the pandemic, he closed Tuju, a restaurant in São Paulo that once had two stars in the Michelin Guide, and is expected to reopen in a new format this year.

For the chef, fine dining restaurants with leaner proposals should continue to exist, as opposed to houses “with one hundred employees”, where “you have ten people to make just one dish”, he says.

“Noma has been a very important restaurant in recent years in the history of gastronomy. But this format is ending, also because today there are few people willing to do it and because it is financially unfeasible”, he says.

The new venture opened by Ralston will have less space for a restaurant and will include a bakery, café, wine bar and a school. “It’s a multidisciplinary space, which makes more sense, I can join other operations. Today, the world demands many things from a restaurant so that it can survive, including delivery”, she says.

The new configuration also makes it possible to make the investigations produced by the Tuju Research Center viable. “Lately, everything I earned at events I spent on research. Opening the school, creating courses and showing what we produce is a way of making research viable”, he says.

The need to surprise the customer all the time is another aspect of the creation process of haute cuisine restaurants discussed by chefs. “The well of creativity is not always as infinite as the diner might think”, says Luiz Filipe Souza, from Evvai, a restaurant in Pinheiros, in the west zone of São Paulo, which holds a Michelin star.

Souza uses his own establishment as an example, which renews the menu three or four times a year. For the chef, failing to generate the feeling of novelty can lead to a drop in the occupancy rate of the house.

“What we do today seems more connected to the entertainment industry than to food itself”, he adds. “It’s like in the movies. People come to us with the certainty that they’ll find some tricks, but if they don’t find something new, they don’t come back.”

Facebook
Twitter
Pinterest
WhatsApp
Previous article
Nigeria: Gunmen kidnap more than 30 people at a train station
Next article
USA: The teacher who was injured by a 6-year-old student’s bullet is a “hero”.

Five projects with European resources in the municipality of Glyfada