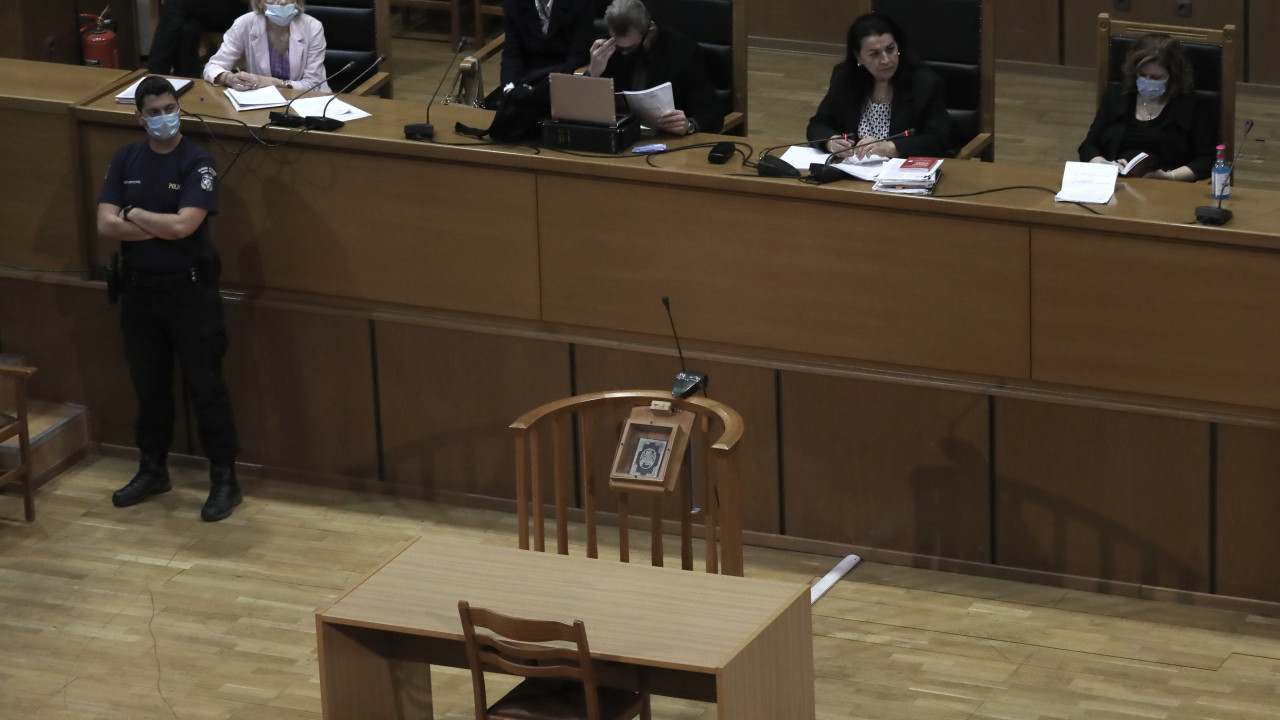 Chrysa Tosloukou is expected to be at the court that is trying the criminal organization and its violent action in the second degree, to testify about the events that marked her life on the night of September 17-18, 2013 in Keratsini

For the first time since Pavlos Fyssas died in her arms, stabbed by Giorgos Roupakias, the musician’s partner is expected to testify publicly about what happened before and after the crime, which brought the criminal organization to the fore Golden Dawn.

The Five-Judge Court of Criminal Appeals at the request of the defense of the accused, to which the Prosecution (Civil Prosecution) side agreed, sought and located the musician’s then-partner, who had never appeared in the first court, inviting her today to be present to testify.

Chrysa Tosloukou is expected to be at the court that is trying the criminal organization and its violent action in the second degree, to testify about the events that marked her life on the night of September 17-18, 2013 in Keratsini, when Pavlos was chased and he was trapped by a group of gold diggers before being fatally stabbed by Giorgos Roupakias, who was sentenced to life in the first trial.

The presence of Mrs. Tosloukou on the witness stand was requested almost from the beginning of the witness statements of the murder of Pavlos Fyssas by the defense of the defendants with the basic argument that the attack against the musician and his company was “a simple fight” related to something that happened inside the “Koralli” cafe in Keratsini.

That is, where Fyssas and his friends had met to watch a football match, a short distance from Ioannis Aggos (a 9-year-old trial judge), the man who, with his messages, “mobilized” the assault squad that attacked the musician.

The defense disputes the admission of the decision taken by the first instance court, according to which the crime against 34-year-old Pavlos Fyssas was neither random nor unrelated to the overall activity of the fascist criminal organization.

The Three-member Court of Criminal Appeal accepted that the killing of Fyssa “was a targeted and organized crime” by the criminal organization. He even mentions about the executor of the plan, Giorgos Roupakias, that “his criminal action was the execution of a specific plan and order. It is easily concluded that the attack plan against him was targeted and organized.”

The woman who has been called to court today has testified, a few days after the murder of the musician, that the crime happened unnecessarily, without anything having happened inside the cafe: “Nothing special came to my attention while we were inside the store. When the match was over and we went outside to arrange what to do, the shop manager came and told us not to make any noise in the shop. We did not understand why he was telling us this, since absolutely nothing had happened before. When we asked him why he was telling us this, he pointed us to some people who were gathering at the corner of P. Mela and Kefallinia, opposite Koralli.”

Fyssa’s partner had also said: “At the same time, a dark-skinned person in a striped colored shirt came towards us with a duck and told us to leave because there was going to be a commotion. We could not understand why there would be such a commotion, nor could we understand the overzealousness of this particular person to drive us away from where the cafeteria was. I didn’t hear that person say he was a police officer. Because he was very insistent that we get up and leave, because – as he told us – these people were gold diggers and wild. With the three goldsmiths who were on the scene, we did not confront at any time. In fact, our friend D., addressing the manager of the store, said something like “German seeds, who burned our families”. I told Pavlos to collect him because they will hear us and then there will be a real commotion and Pavlos went and said to him “let’s go and let’s leave…”.

The woman, who at that time had already been with the musician for two and a half years, had also described the behavior of the DIAS police officers who had rushed to the scene, stating that “they stopped a group of people dressed in black, around 15, who had already gathered at the scene . I couldn’t see if they were being spoken to. The police were not lined up, nor did they form a protective cordon. They were all sitting together as if they were a company. Some policemen had gotten off their bikes and had also taken off their helmets…

The witness has testified that 7-8 people, aged around 35-40 years, dressed in black, some with shaved heads, some not, suddenly appeared, who “with loud voices, directed towards the boys in the group in a threatening manner. I turned back and ran towards the policemen who were in Kefallinia. I was screaming that my friends were in danger, and begging them to come and help. I distinctly remember a policeman, tall and very muscular, wild-looking, square-faced, telling me: “We can’t do anything, there are too many of them.” Only a girl police officer and a young police officer, they were the only ones from the police force who moved on foot towards the place where my friends were and were in danger.”

He also describes how, turning towards the scene of the tension, he saw that “Paul had been stabbed, he was standing, holding his chest and saying that he had been stabbed and pointing in the direction of the assailant”.

Finally, he refers to a burly man who “brought his face very close to mine and said to me: ‘Your p… for bringing him to me in the shop.’ I saw this person in a video posted on YouTube from an episode that Golden Dawn had done in a market in Messolonghi”.

Eyewitness Paraskevi Karagiannidou has been summoned to the court today, whose testimony will probably follow that of Mrs. Tosloukou.