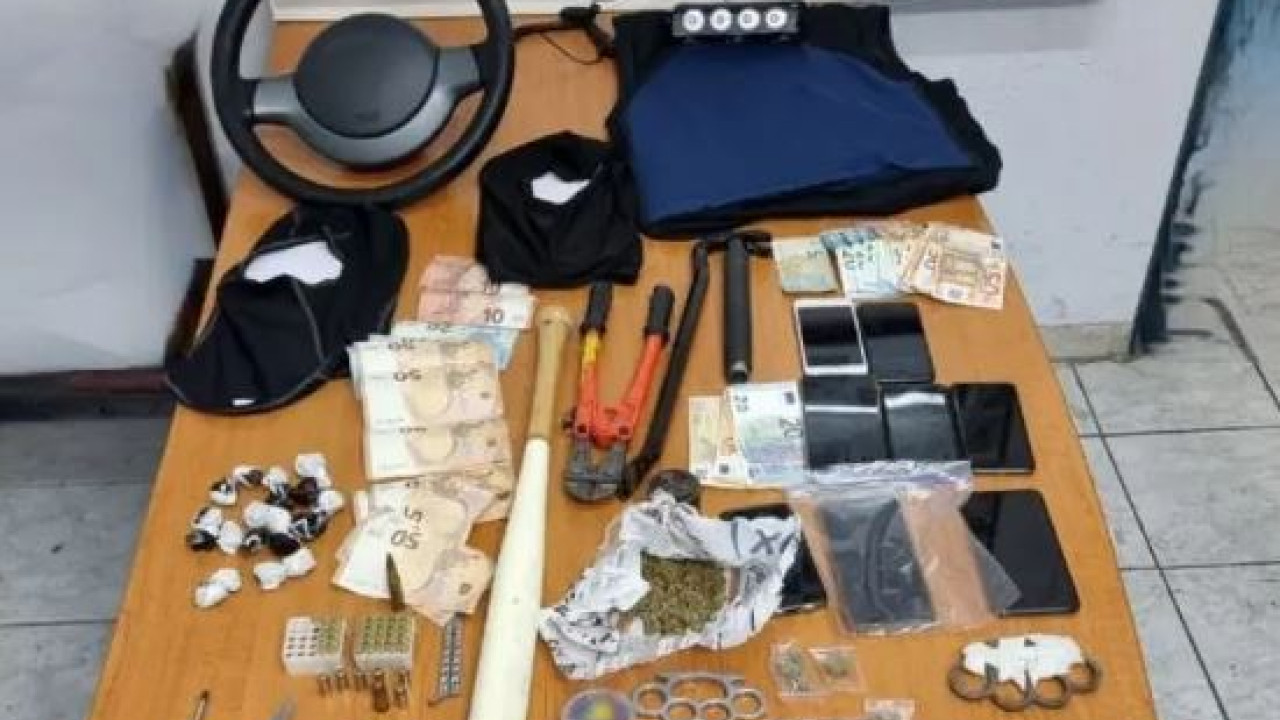 EL.AS operation with 17 arrests in the center of Athens – “Strike” on 2 gangs

-3- robberies of particular cruelty, robbery, -17- thefts as well as -2- cases of fraud whose financial benefit exceeds 120,000 euros were solved

Extensive operational action in order to deal with “street crimes” (STREET CRIMES) in its wider area center of Athenswas held on the two days of January 17 and 18, 2023, by the Athens Security Sub-Directorate of the Attica Security Directorate.

In this context, during the operations carried out in Kaisariani, Pagrati, Byron, Zografou, Sepolia and Kallithea:

Since when and how did the first gang operate?

More in detail, about her first ganginformation was ascertained, according to which its members were active in drug trafficking in Zografou, Kaisariani, Pagrati as well as in neighboring areas.

As it emerged, the criminal group operated in a structured manner, having distinct roles (traffickers, storekeepers, etc.) while members did not hesitate to use physical violence in case of non-compliance with the instructions and orders of the organization.

A typical example is robbery and robberywhich took place in the evening hours on October 11, 2022 in the area of ​​Pagratio, at the expense of a relative of a member of the organization, who allegedly had created a “debt” from drug trafficking.

During the operation carried out to deconstruct the group, -8- members were arrested, including the leader and at their expense, as well as at the expense of another -5- members, whose details have been identified, a case file was filed – as the case may be – for a gang that commits robberies, in a rowin furtherance and aiding and abetting, violation of drug and weapons laws and robbery.

What did the investigations find?

From the searches in houses – kavatzes, the following were found and confiscated:

Since when and how did the second gang operate?

For her second gangit was found that its members, at least since mid-February 2022, were active in committing thefts from business premises-offices as well as thefts of objects from inside vehicles in the areas of Acropolis and Kallithea.

After committing the thefts, after concealing the truth about the origin of the stolen goods, they sold them immediately, working with thieves.

From the subsequent investigation and the mapping of their activity, it emerged that they had committed -5- thefts from homes and workplaces as well as -10- thefts from vehicles.

During the operation, -5- members of the second gang were arrested and at their expense, as well as at the expense of another -4- of its members, among whom one was locked up in a Detention Center, a case file was filed for a gang whose members commit crimes committed in attempted theft by profession, by habit, by complicity and by continuation.

At the same time, regular proceedings were filed against -7- people, namely:

In addition, they were arrested:

Those arrested were taken to the competent prosecuting authority.