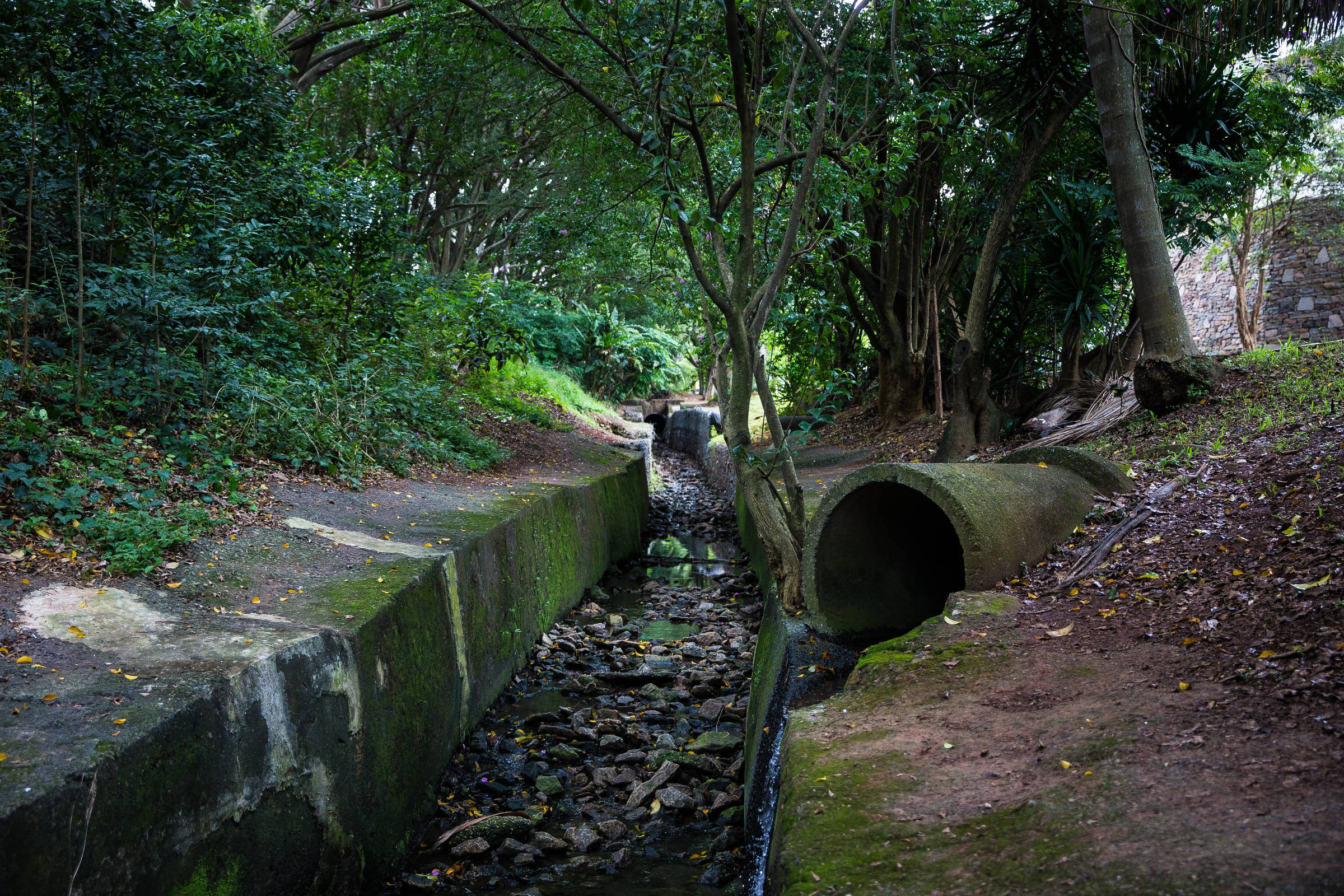 Probably without knowing it, people from São Paulo walk on water

Anyone who walks along Avenida Professor Frederico Herman Júnior, in Pinheiros, in the west zone of São Paulo, probably does not know that he is going against the laws of physics and walking on water. Underneath the asphalt, hidden, is the stream of Corujas, which appears in the open air coming out of a concrete pipe less than two kilometers away, in the square named after it.

The stream, which will grow and change its name as it joins the Pinheiros River, is just one of hundreds of water courses swallowed by the urban landscape of the largest Brazilian metropolis. The scenario was very different in 1554, when São Paulo was founded on the hill between two rivers: the Tamanduateí and the Anhangabaú. They were central to the birth of the city, serving as access to land in the interior of the state, hitherto unexplored by colonizers.

Especially for residents of the central region of the city, where most watercourses are buried, it can be difficult to understand the face of São Paulo’s hydrography. The urbanization model adopted over 469 years passed over the rivers, trying to tame the water that was along the way.

Researcher Anderson Nakano, a professor at the Institute of Cities at Unifesp (Federal University of São Paulo), states that three things go hand in hand in the structuring of São Paulo: the expansion of the city, the segregation of the poorest in the outskirts and the channeling of rivers.

“There was an occupation of space without respecting the presence of rivers, streams and springs. They are being filled in with land and occupied with buildings”, he says. An example is the Anhangabaú river itself, which was channeled and now passes under Avenida 23 de Maio. “These rivers are not seen as something dynamic, with an increase in flow during the rainy season and a decrease in the dry season.”

The development concentrated on large avenues and highways meant that even projects that could better support this dynamism were left aside.

The first plan for channeling the Tietê envisaged large parks on the banks, allowing for the variation and allowing the population to live in harmony with the river. But, instead, a master plan is adopted aimed at large avenues and highways — and, in place of the green space, Tietê gains a waterfront.

“It is an urbanization process that is taking place to open up land for real estate and automobile developments, instead of thinking about how to reserve space for water in the city”, says the professor. “Then, in the rainy season, they claim their place again, but these spaces are occupied by avenues.”

In a city with 11,600 km of rivers and streams, this happens frequently. According to data from the Emergency Management Center of the City of São Paulo, since the first Operation Summer Rains, between the end of 1999 and the beginning of the year 2000, an average of 874 floods per year have been recorded between the months of November and April.

According to engineer Pedro Algodoal, specialist in the São Paulo drainage system of Siurb (Municipal Department of Urban Infrastructure and Works), even rapid rains cause flooding in smaller basins, such as Anhangabaú. In the case of larger basins, such as Tietê and Pinheiros, the volume of rain needs to be greater to cause flooding.

“We have made the city more resilient to flooding in recent years”, says Marcos Monteiro, head of Siurb. “So, today we are much more prepared to withstand major floods and those that still remain, in general, are in small basins, in smaller regions.” Between November 2021 and April 2022, the city hall recorded 490 floods.

A number of factors contribute to the occurrence of floods. The occupation of floodplain areas and springs and the waterproofing of the soil with asphalt, cement and sidewalks means that the rain has nowhere to go. The rectification and canalization of rivers and streams also limits the space that this extra volume could occupy, in addition to causing the water velocity to increase, which makes absorption more difficult. Even the lack of trees is part of this account: in wooded places, the leaves hold much of the rain, which reaches the ground much more slowly, which also helps to avoid flooding.

The geographer Luiz de Campos Junior points out that this inappropriate occupation does not only happen in the favelas and outskirts.

“There is organized occupation, projected in areas that should not be occupied. Nobody looks at a modern, well-designed building in Água Branca and says ‘these people should not live here’. But the problem is the same as in other regions: occupation of areas that shouldn’t be used for that”, he says.

He is one of the creators of the Rios e Ruas project, which, since 2010, has mapped the rivers and underground streams of the city of São Paulo.

“When you remove the vegetation and put the river in a straight pipe, you increase the speed, quantity and force of the water. And then you want to build a big pool to solve the problem”, he points out. “You waterproof the entire city and to solve this you build a huge concrete box. This disconnection from natural processes is absurd”.

According to Siurb, the capital has more than 50 of these reservoirs, built to store large volumes of water and prevent flooding.

“As all the water ends up going to the confluence of the Pinheiros and Tietê rivers, the more impermeable the soil is, the faster it will get there. Without any measures, you would have huge floods in these regions. So, these reservoirs serve to hold back [o volume das chuvas]”, justifies Monteiro.

For Anderson Nakano, the ideal would be to think of more friendly works from an urban point of view. “Instead of swimming pools, think of lakes inside parks, for example. As with the Ibirapuera lake, which works as a rainwater retention lake. That’s why we see little flooding on Avenida 23 de Maio”, explains.

This would also make it possible to bring the population closer to the rivers. “It’s not about transforming the city into what it was before. It’s going to remain an urban space, but you’re going to create points of contact between residents and the river.”

Campos Junior also defends that, wherever possible, strategies be adopted that reintegrate the city with nature. “All over the world, rivers are being reopened and renaturalised. People need to see the need for a relationship with water”, he analyzes.

He gives the tip that, knowing how to look, in some parts of São Paulo it is possible to find clues to hidden rivers even in the central region.

At the beginning of Rua Frei Caneca, in Consolação, not even the noise of the traffic can hide the roar of water running under the asphalt. There is a waterfall there under a staircase — which was once a natural waterfall from the Augusta creek.

Siurb plans to build a reservoir at this point and, according to Algodoal, this waterfall would be opened and recovered.

In 2022, the city hall began to publish specific drainage plans for each of the city’s basins – so far, 17 of the total 50 have been released. One of the project’s ideas, according to the secretary, is that various measures are implemented.

The Subprefeitura da Sé has already adopted some, such as the rain gardens built on Rua Major Natanael, in Pacaembu, to increase soil permeability, and the green staircase on Viaduto Dona Paulina, which aims to contain the intensity of rainwater. .

Facebook
Twitter
Pinterest
WhatsApp
Previous article
Savvopoulos: “Mancini can do many things on the pitch”
Next article
Willie Nelson: The country legend turns 90! – He is nominated for 4 Grammys