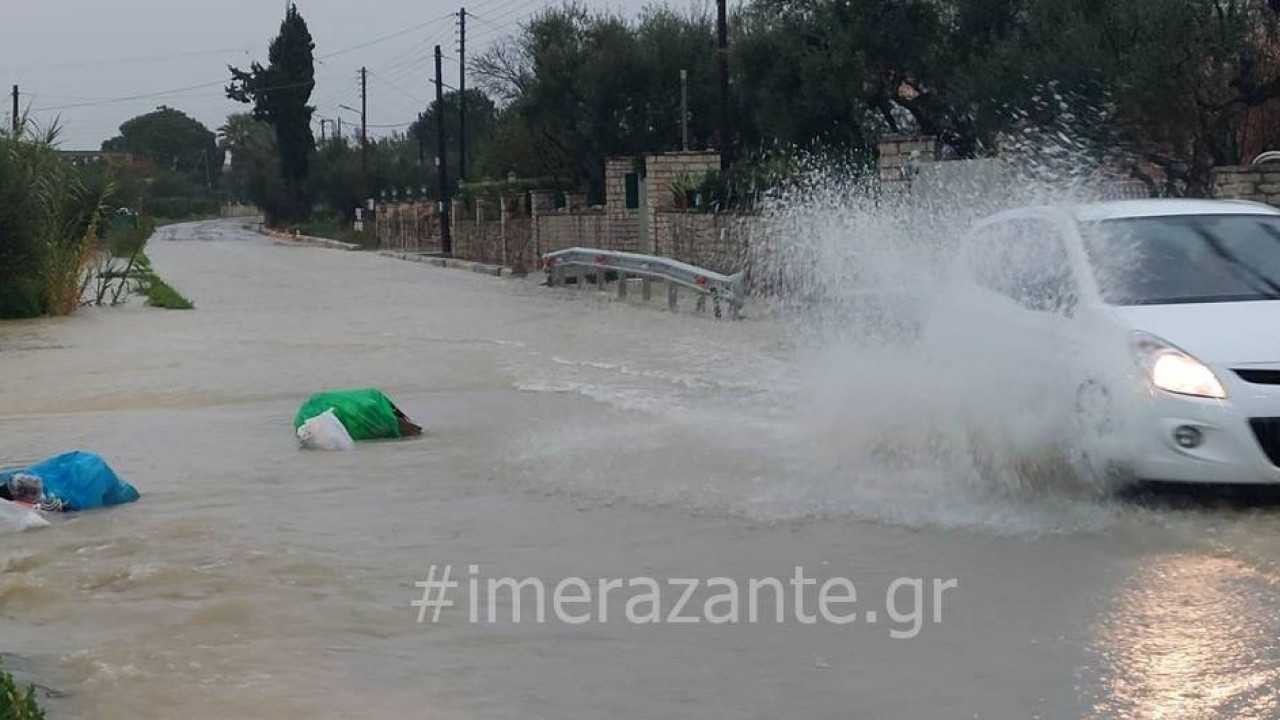 Problems in Zakynthos and Imathia – In which areas is the bad weather hitting?

A wave of bad weather has hit several areas of the country in the last few hours, with the main characteristics being strong storms, heavy snowfalls, hailstorms and strong winds.

Problems are recorded in Zakynthos and Imathia, while the phenomena are expected to extend to Epirus, Western and Northern Thessaly and Western Macedonia. In Argasi, Zakynthos, the fire brigade freed and transported to a safe place a man from a car that had stopped due to high water levels on the road.

Also, due to the heavy rainfall, a large landslide occurred in E.O. Zakynthos-Keriou, in the area of ​​Laikia.

During the night, the mountainous villages of the municipalities of Lamia and Makrakomi were dressed in white.

Warning messages from 112 were received yesterday in the first phase by the residents of the Ionian islands outside of Corfu as well as in Etoloakarnania, Achaia and Ilia.

The message speaks of strong storms and gale-force winds, while asking citizens to only make absolutely necessary movements and to follow the instructions of the Authorities.

Schools in Kefallonia and Ithaca will remain closed today (Thursday).

All Civil Protection forces have been put on maximum alert, while a new broad coordination meeting will be held within the day to re-evaluate the course of the bad weather.