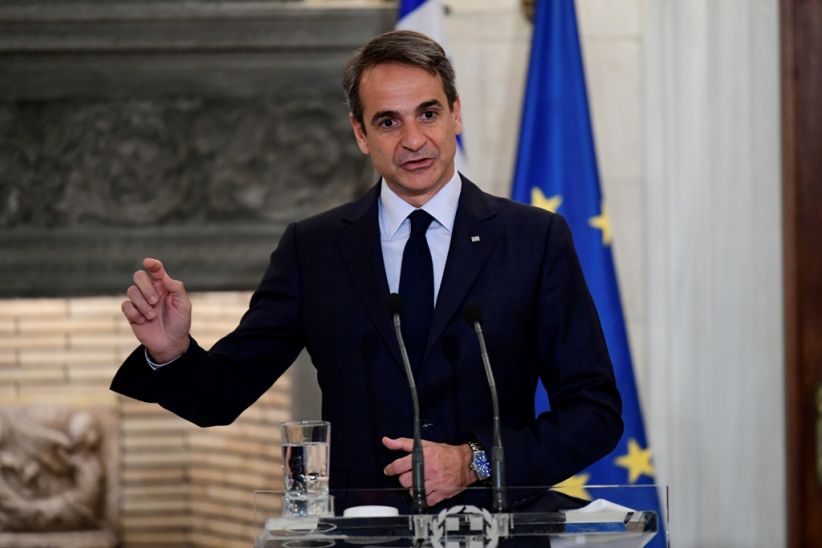 Mitsotakis in Sochi – What he will discuss with Vladimir Putin

Russian Prime Minister Kyriakos Mitsotakis and Russian President Vladimir Putin are expected to meet today in Sochi, Russia, in their first meeting since the election of the New Democracy government in July 2019. In a particularly critical From both a geopolitical and an energy perspective, the two leaders’ discussions are expected to cover the full range of Greek-Russian political, trade, economic, cultural and humanitarian cooperation with competent government sources to remind that 2021 is a year of Greek history – Russia. In addition, they will raise issues of international and regional developments, and in this case the developments in the Eastern Mediterranean, the developments in Libya, but also the change of the pandemic worldwide.

In fact, the Greek Prime Minister and the Russian President are going to adopt a Joint Action Plan for the years 2022 – 24, which, as government sources note, will determine the main axes of bilateral cooperation for the coming years and the successful 13th Meeting of the Joint Interministerial Committee of Greece – Russia.

According to government sources, the developments in the Eastern Mediterranean are expected to be on the main menu of the four men. The same persons remind that Russia, apart from a country, which is connected with Greece with historical ties of friendship, is a permanent member of the UN Security Council with a heavy role and which has repeatedly maintained its commitment to the International Law of the Sea. This was the meaning of the position of the Russian Foreign Minister, Sergey Lavrov, when during his visit to Athens in the midst of the escalation of the Turkish aggression in October 2020, he stressed that the problems should be resolved through negotiations and dialogue and in accordance with international law. and the UN Convention on the Law of the Sea.

At the Maximos Palace, they observe, moreover, that the Kremlin maintains a stable position in the Cyprus issue, where it supports a solution based on a bi-zonal, bi-communal federation without foreign troops and guarantees. In fact, last June he was opposed to any change in the status of Varosia, calling unacceptable “any unilateral actions, which contradict the previously approved decisions of the UN Security Council and create difficulties for the resumption of the negotiation process.”

Close associates of the Prime Minister emphasize that today’s meeting follows the meeting that Kyriakos Mitsotakis had with his Russian counterpart, Michael Misoustin at the Maximos Palace on January 24. At that time, issues of strengthening bilateral cooperation were discussed, as well as the reactivation of the Greek-Russian Joint Interministerial Committee.

A few days ago, the Deputy Foreign Minister, Miltiadis Varvitsiotis, and the Minister of Transport of the Russian Federation, Vitaly Saveliev, who are co-chairs of the Joint Interministerial Committee, met in Moscow and signed a series of cooperation agreements. of transport, culture, tax cooperation, etc.

It is recalled that due to the pandemic, the meeting of the two leaders scheduled for March 25, 2021 in Athens in the context of the 200th anniversary of the Greek Revolution had been canceled. The two men had also met in 2016 in Athens when Kyriakos Mitsotakis was the leader of the official opposition.

Facebook
Twitter
Pinterest
WhatsApp
Previous article
Afghanistan: Thousands of people are still waiting to leave for Germany
Next article
Why Bill Gates Never Burnout: His Recipe to Avoid It