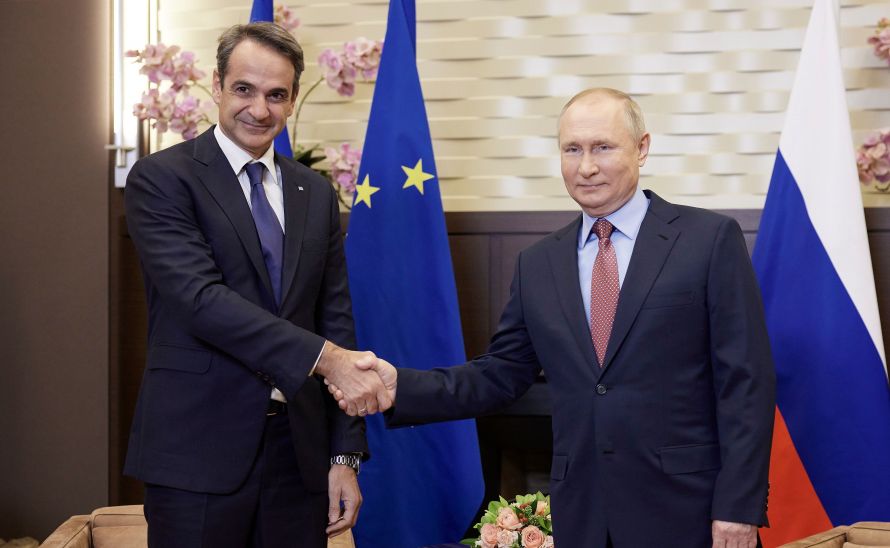 Mitsotakis to Turkey after meeting with Putin: Greece will defend its sovereignty

“Greece will defend in every way its sovereignty and sovereign rights,” Kyriakos Mitsotakis said in Turkey during a joint interview with Vladimir Putin.

“The framework we have defined with Turkey is very clear: delimitation of the maritime zones in the Aegean and the Eastern Mediterranean, only in the context of International Law and the Law of the Sea,” he said.

He reminded that Greece has proved that it can conclude demarcation agreements with countries such as Italy and Egypt.

“I was clear in the Eastern Mediterranean. “I pointed out that, unfortunately, Turkey not only uses inflammatory rhetoric, distorting history and geography, but also, unfortunately, carries out aggressive actions that violate international law and often undermine stability in the region,” Mitsotakis said.

Greece, the Prime Minister noted, is open to dialogue, but always within the framework of international legitimacy and the law of the sea, which Russia has always supported as the essential framework for resolving bilateral disputes.

In this context, he expressed his appreciation for Russia’s continued constructive stance in Cyprus, and reiterated his position on a viable solution within the framework of the UN Security Council resolutions, a solution of a bi-zonal bi-communal federation with a state entity sovereignty and citizenship. “Any discussion for a two-state solution in Cyprus should be rejected in principle,” the prime minister clarified.

He warned Varosia that if Turkey made any announcements about settling the besieged city, it would close the way for progress on the issue.

Mr Mitsotakis was in favor of maintaining open EU – Russia communication channels with a functioning relationship that benefits all parties. “The resurgence of tensions in Ukraine is a matter of concern. “A conflict will not have a winner, it will only have losers,” he said characteristically.

As for Libya, it spoke of the need for free elections without outside interference on the scheduled date.