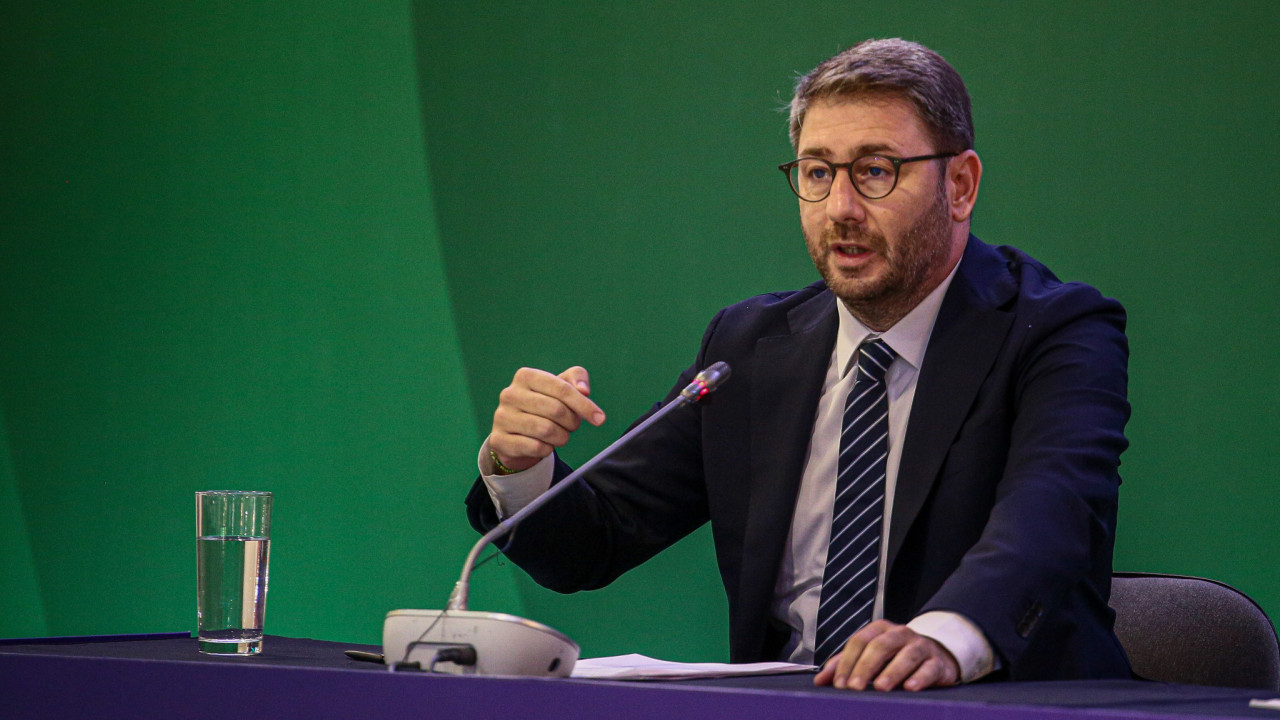 Androulakis: Fiscal populism Mitsotakis-Tsipras – They distributed money from the helicopter

“By voting for PASOK, PASOK comes out. Mr. Tsipras and Mr. Mitsotakis have the same strategy, they want to dissolve PASOK and divide its robes. They will not succeed”, Mr. Androulakis emphasized.

PASOK-KINAL president Nikos Androulakis accused Kyriakos Mitsotakis and Alexis Tsipras of fiscal populism dangerous for stability, commenting on their speeches at the TIF.

“I went to TIF and said ‘we propose these measures and we also propose this tax increase’. Is it populism to propose a tax increase? And Mr. Tsipras goes with Mr. Mitsotakis and they distributed money from the helicopter. We don’t do that. I don’t want tomorrow – the day after tomorrow, after two years, for someone to say to me then, “Do you remember what you said? Where did you distribute money, reduce rates, increase subsidies? You have reached our debt here and we are going to do the same thing again”. The fiscal populism of Mr. Mitsotakis and Mr. Tsipras is dangerous for stability. They are the real danger”, stressed Mr. Androulakis.

The president of PASOK – KINAL, speaking at Open, suggested that VAT be linked to revenues. “In other words, let’s set two-year goals and when these goals are achieved, the VAT will drop by two units every two years. So in measurable terms, let’s prevent today’s tax injustices. Second, the coefficients should be more scalable. So that we have the necessary income in order to proceed with targeted support”.

Asked about the post-election partnerships, he noted that “by voting for PASOK, PASOK comes out. Mr. Tsipras and Mr. Mitsotakis have the same strategy, they want to dissolve PASOK and divide its robes. They won’t make it! Why do they want PASOK to dissolve? Because quite simply our space can have inputs from both parties.

For the election result in Italy

Commenting on the developments in Italy and the outcome of the elections, Mr. Androulakis characteristically said: “For too many years the Italian political system made the extreme right seem mainstream. I had Salvini as a colleague from ’14 until the previous Italian elections. They gave them too much ground. They normalized far-right rhetoric and to a certain extent pro-Russian far-right rhetoric,” noting that “for Europe it is a very negative development.”

On the wiretapping case

Asked about the wiretapping case and how the public’s interest is reflected according to the opinion polls, the President of PASOK – Movement for Change underlined: “Justice does not move based on opinion polls. And I don’t expect from anyone else, but only from Justice. Because the New Democracy uses tools there as well. He has put these polls in the foreground, but when he was saying “don’t listen to the public’s sense of justice in the Lignadis case – that people are saying “put him in jail” – justice can’t be judged like this”, now he uses view of public opinion to say that this case has no merit. So let justice do its job. I did what I had to do in terms of justice. I will also go to the Examining Committee and give my opinion. It strikes me that I am the only political person they call. In other words, the only political person called by the Commission of Inquiry is me and not those who have been involved, they have already resigned from their positions because of this scandal”, he added.

Afterwards, Nikos Androulakis said: “To end this story about information, I want to tell you that I applied for information to the competent independent authority, ADAE. And he answered me officially – I have the answer – that under the New Republic Act of 2021 he cannot inform me about the file. Many officials of New Democracy have said this and they should be ashamed because they want to make me illegal. They don’t care about the law. They don’t care about the rule of law. The EYP commander himself said it to the investigation committee. They say to him ”is it legal?” and he said ”it’s a novelty”. ”And what will you say to him? I do not know we will see”. Is this serious stuff? Why do they do it? Why don’t they want there to be an official, legal notification, because the legal notification – as you understand – will also be an element of a legal trial”.

“It’s not a personal matter. It is a matter of governance culture. I do not accept to have a government that plays with the institutions. He plays with fake news. Do you know what the value attitude of our faction is? What we said during Tsipras-Kammenos about independent authorities, about justice, about issues of transparency, we say the same today. New Democracy has changed. Because he denounced these phenomena then and now uses the same strategies as Mr. Tsipras. And what is the answer: ”Since they were monitoring their minister at the time, we cannot monitor the MEP?” But are these serious things? We, therefore, stand with dignity, condemn and deal with all the phenomena, whether they arose from the Tsipras-Kammenou era or from the current one”, emphasized Mr. Androulakis.

For the positions of PASOK – Movement for Change

“For a year now, we have been talking about social housing and the rapid increase – first in terms of cost – of rents in Europe, in relation to income. New Democracy says nothing, SYRIZA says nothing and here comes New Democracy, ten months after I submitted the official program. It does real estate, it does not actually provide social housing, with tax incentives, with a reduction in short-term leasing with an institutional framework. So how come we don’t have positions since it’s ten months later?
Let’s go to energy. The first thing we said was a ceiling on retail. What does the consumer pay today? The government says, we are low in electricity pricing. We are among the highest countries in wholesale and first in retail. Why is the retail price dropping when we are first in retail? From subsidies. And what are subsidies please? Money from the pockets of Mr. Mitsotakis and Mr. Georgiadis? The taxes of the Greek people are If from the beginning he put a ceiling on the retail we called, what would we have? A balanced distribution of the burden of the adventure, between the consumer, the state which is our subsidies, taxes and also the big producer. The major energy producers in Greece have paid the minimum. They have speculated the maximum and it leaves them defenseless. And even the taxation of super profits, 90% says they are taxed where? In real super profits? If you see what data the European Commission announced with the 190 billion and you do a simple method of three, based on the GDP of the country, you will understand what is happening. It’s just the stuff, it’s not the real super profits. Look at the balance sheets and you will understand. Our people pay either through their own pockets, or through subsidies and therefore their taxes, from the highest percentages.”

Facebook
Twitter
Pinterest
WhatsApp
Previous article
Horror in Russia: 9 dead the latest school shooting toll – Video
Next article
Kavala Fortress is being upgraded and made accessible to people with disabilities