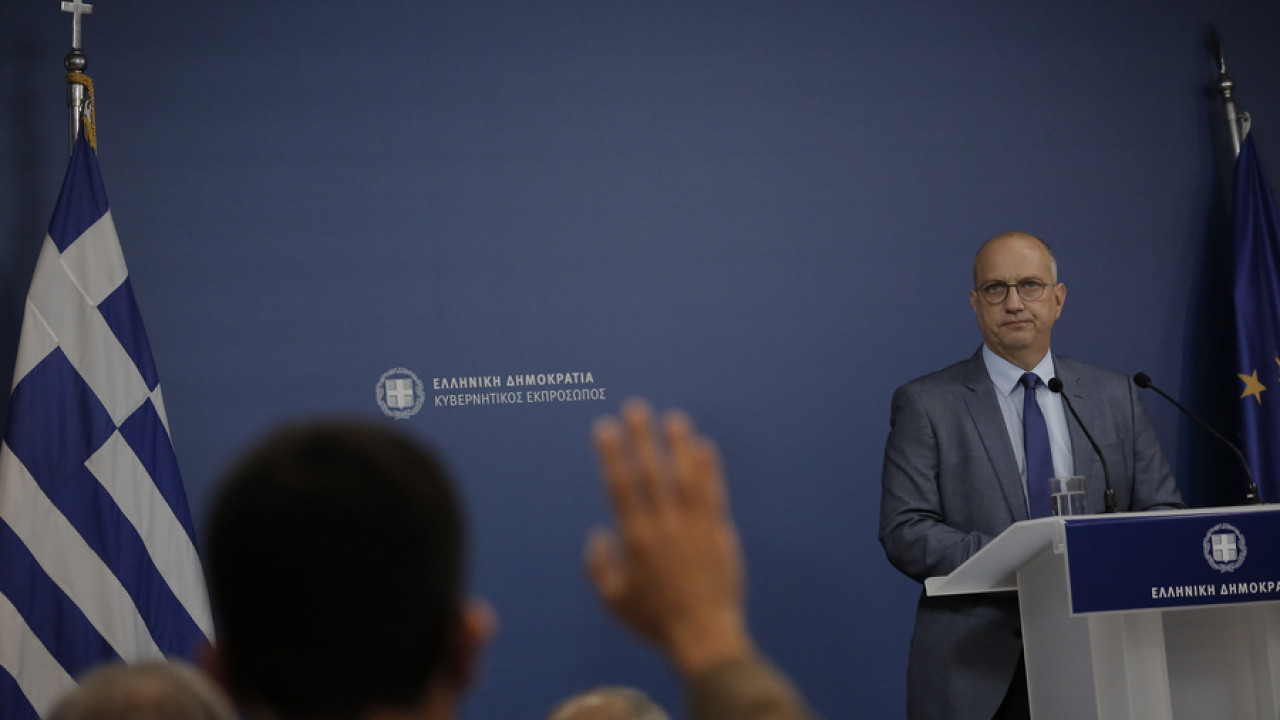 The briefing by the government representative, Yiannis Oikonomou, is live

The briefing of accredited political editors and foreign press correspondents.

In his speech to the UN, the prime minister highlighted the constructive role of Greece and gave answers to the Turkish provocations with evidence, noted the government representative, Yannis Oikonomou, during the briefing of the political meetings, making extensive reference to what he said on Friday night from the podium of the UN General Assembly the Greek Prime Minister.

He emphasized that the prime minister did not waste himself in dead-end confrontations and that Greece is now part of the solutions and not the problems.

He added that K. Mitsotakis highlighted the destabilizing role of Turkey in the region, which uses the language of an aggressor, raises non-existent claims, threatens Greece, questions sovereignty even in large islands such as Chios and Rhodes, escalates its aggressive rhetoric, while there are multiple violations at sea and in the air.

Such actions undermine peace and stability, he underlined and added that Turkish claims are baseless and unacceptable.

Subsequently, the government representative emphasized that Alexis Tsipras and SYRIZA continue the easy lies and unabashed populism. “We lived through the experience and the country is not going to fall back into the instability of apprentice magicians,” said Mr. Economou, while responding to what SYRIZA blames on energy and health.