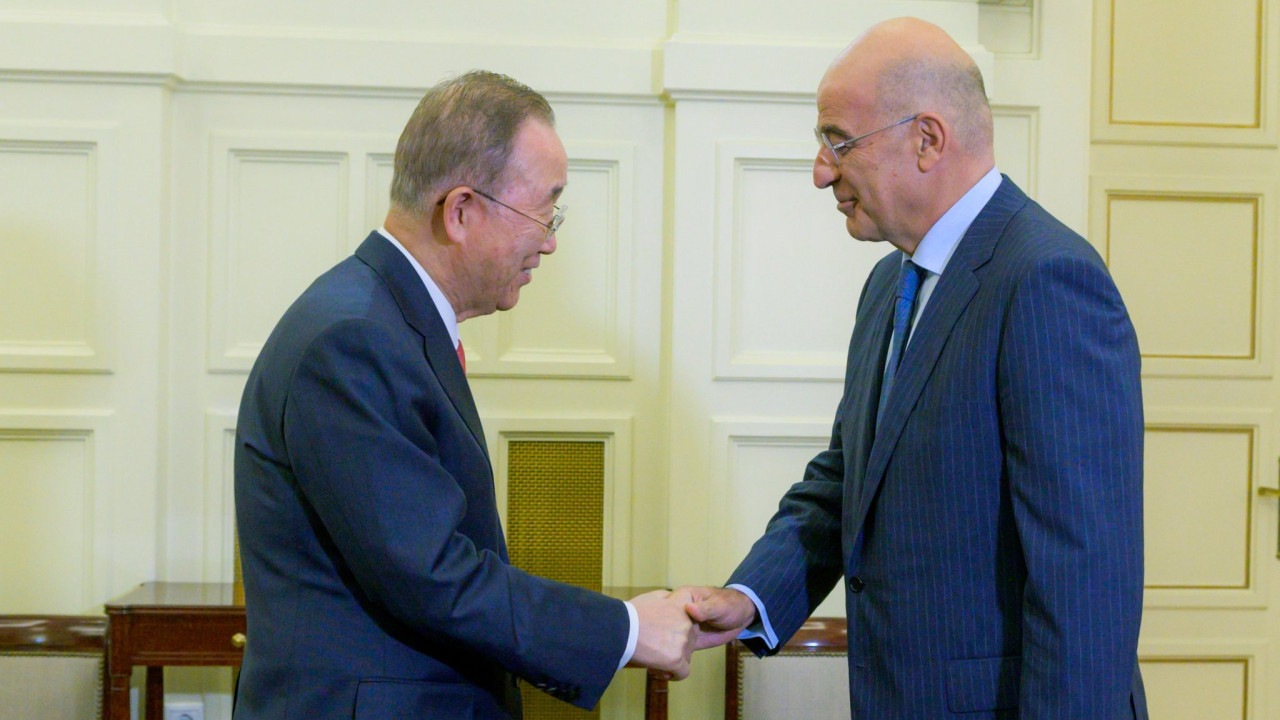 Greece faces daily threats coming from our neighbor, Turkey, always emphasizing respect for International Law, as well as the principle of sovereignty and territorial integrity of all states, explained the Minister of Foreign Affairs, Nikos Dendiasat the start of his meeting with the former UN Secretary General, Ban Ki-moon.

Referring to Turkey’s announcement yesterday after the meeting of the National Security Council that it will use “all legal means and methods to protect its interests”, Nikos Dendias pointed out that he understands the reference to “legal means” as recognition, even and indirect, from Turkey that it must respect International Law. Obviously, he emphasized, this includes, at least, abandoning the threat of war against Greece, the infamous casus belli, he emphasized.

In this context, he reiterated Greece’s readiness to always participate in a constructive dialogue with Turkey, but on a firm basis, on the basis of International Law, the United Nations Charter and the International Law of the Sea.

Addressing Ban Ki-moon, he said that he served the international community for a decade under very difficult conditions and noted that unfortunately, the condition of humanity has not improved much. On the contrary, he pointed out, revisionist forces are trampling on fundamental principles of International Law. In particular, the UN Charter, Article 2.4 of which expressly prohibits the threat or use of force and this is the situation we are facing today in Ukraine, he noted.

Finally, he thanked the former UN Secretary General for his presence in Athens and at the Ministry of Foreign Affairs, stressing that the promotion of the idea of ​​the United Nations in this difficult period is very important for our country, our region, but also for the world.

During the meeting, Nikos Dendias informed Ban Ki-moon about developments in the Eastern Mediterranean and current international challenges, including Ukraine. “I reiterated Greece’s unshakable adherence to International Law and the principles of the United Nations Charter,” said N. Dendias in a post on social media.

In a meeting today @GreeceMFA, I briefed former UN Secretary General Ban Ki-moon on developments in the N. Mediterranean & current international challenges including Ukraine. I reiterated Greece’s unwavering adherence to International Law & the principles of the UN Charter. pic.twitter.com/oG4Ny2YRDP

Facebook
Twitter
Pinterest
WhatsApp
Previous article
Fundamental Science: The landscape clock falls from the sky
Next article
Kremlin: Tomorrow the annexation of the four regions of Ukraine to Russia – Ceremony with Putin