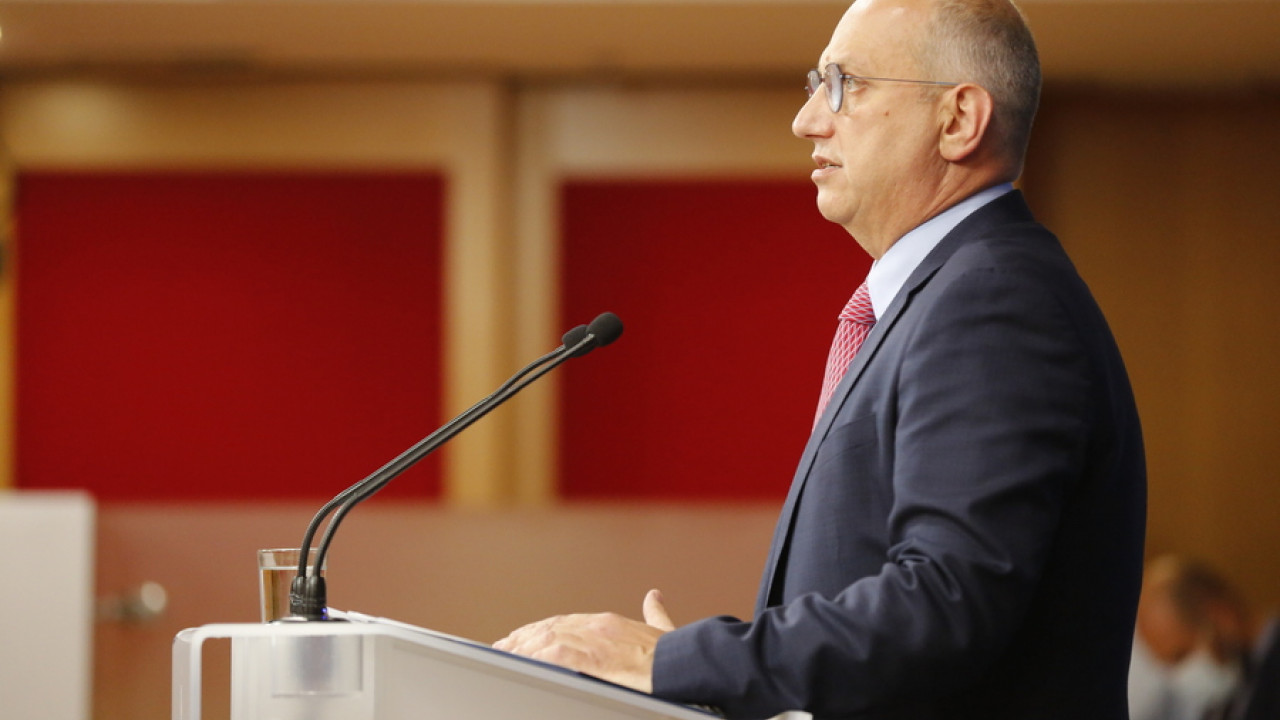 The government is fighting and will continue to fight for the upgrading of the public university, he said.

“From the first moment of the energy crisis immediately after the Russian invasion of Ukraine, Prime Minister Kyriakos Mitsotakis has emphasized the need for a European solution to a problem that is pan-European,” said government spokesman Yannis Oikonomou, starting the briefing for political editors.

He referred to the relevant initiatives of the prime minister and his interventions in the summit councils, pointing out that he primarily insists on four things: the imposition of a ceiling on the wholesale price of natural gas, the redesign of the electricity price pricing model with independence from natural gas prices, in the development of common supply and storage policies at European level and in the need to support societies, businesses and small and medium-sized enterprises.

He also said that the Prime Minister has pointed out that unlike the management of the pandemic, the EU has been late in making decisions and that “in Europe there is no more time to waste”.

He described as a positive development the fact that, following the initiative of Greece, Italy, Belgium and Poland, 15 EU countries, including France, in a joint letter, ask the Commission to submit a proposal to tomorrow’s extraordinary council of energy ministers, which it will essentially adopt the Greek proposal to impose a ceiling on the wholesale price of natural gas.

He even referred to the letter of the responsible minister, Mr. Skrekas, to the responsible commissioner and vice-president of the Commission, in which he proposes the creation of a European Fund of 80 billion euros to deal with the effects of high gas prices.

Then Mr. Economou emphasized that “Greece, as in the case of the pandemic, is now with its proposals part of the solution and the practices it has introduced to deal with crises are becoming the norm and are slowly being adopted by other countries as well in the rest of Europe”.

On the issue of pending pensions, the government representative pointed out that 97% of overdue pensions have already been issued and in August we had a new record in the awarding of pensions.

He said that the government has as its statutory principle the care for the improvement of the daily life of the citizens and underlined that another problem is thus dealt with in an effective way and with respect to the elderly who want to enjoy their labors, despite the toxic opposition of SYRIZA and the effort continues with increasing pace.

Among other things, he emphasized that: It is characteristic that 5 former Funds and 10 EFKA departments cleared their pending cases, many of which had been pending for 1 or even 2 years. Also, of the 1,100,000 main pension applications that have been submitted since the launch of the Unified Social Security Agency, 97% have been issued. For the years 2016, 2017, 2018 and 2019 the backlog has been reduced to zero, while for 2020 97% of the applications have been issued and for 2021 91%.

Speaking then about the digital KEPAs and the digital disability portal, he emphasized that politics exists to provide solutions to everyday problems and to pay due respect to people. He mentioned that this is another step, to serve our fellow citizens with disabilities, since the Digital Disability Certification Centers and the digital platform “National Disability Portal” were implemented.

All procedures will be done online, from the application to the disability certification, and only one visit for a doctor’s opinion will be needed. He also mentioned a number of reforms already in place and in operation.

He said: “It is noted that a number of reforms have already been introduced and are being implemented, such as e-appointments (over 500,000 have already been booked) and the abolition of repeated disability certifications for irreversible illnesses (eg amputations).

At the same time, the effort continues with the establishment of the Disability Card, and the implementation of the Personal Assistant for “Persons with Disabilities”.

Closing his introduction, he referred to the issue of Universities and higher education, underlining that the government is fighting and will continue to fight for the upgrading of the public university.

Part of the initiatives that have been taken also concern security in the premises, he said and emphasized that the government is determined to continue dealing with any foci of lawlessness that exist in HEIs. “The government supported knowledge against the sledgehammer and the sledgehammers that some people insist on brandishing,” he said characteristically.

Facebook
Twitter
Pinterest
WhatsApp
Previous article
Opinion – É Logo Ali: Ibirapuera, the park that is the face of paulistanos
Next article
German press: Why Russia is ‘the number 1 suspect’ in the Nord Stream disaster