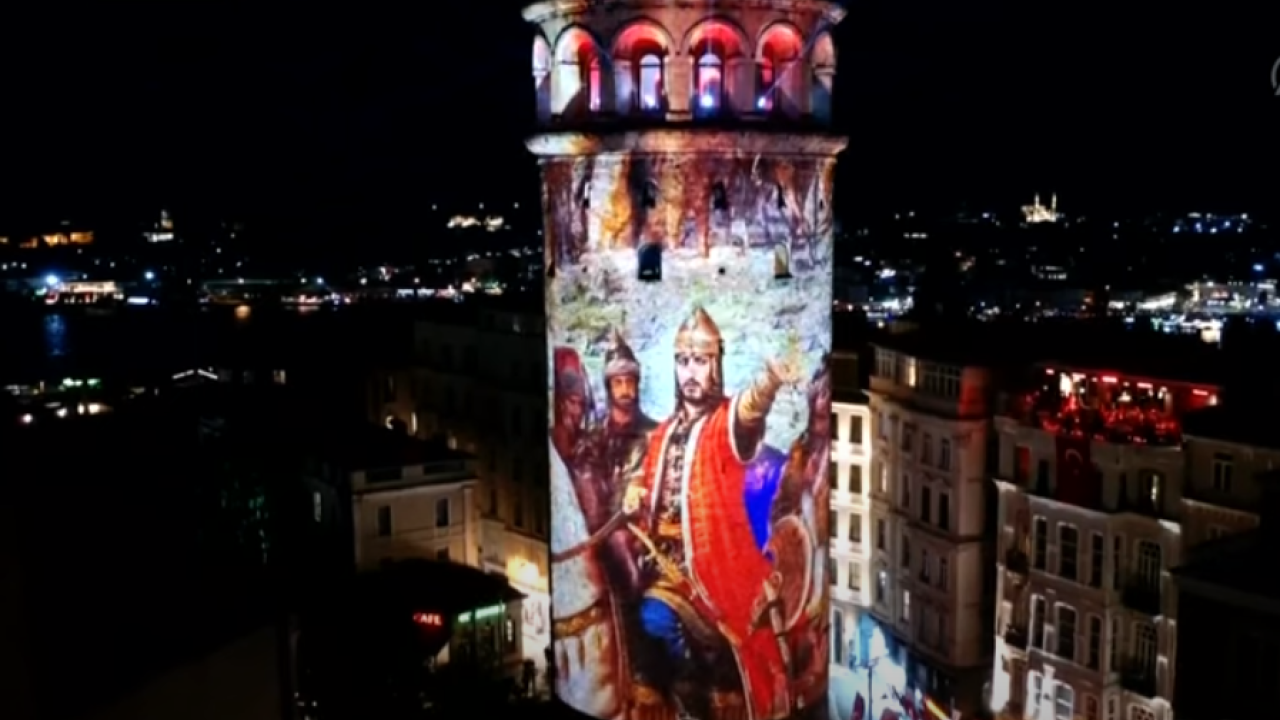 Erdogan is raving about the Aegean – The dailiki don’t scare us, Athens responds

Backwards at full speed to the grand idealism of the Ottoman Empire and claiming with big words and delusional promises a little of its former glory, Tayyip Erdogan is “speeding up” for the Turkish elections of 2023. Considering that his nationalism, bigotry and incendiary anti-Hellenic rhetoric give him a populist – at least – boost, he insists on making a fuss about the “blue homeland” and his non-existent claims that the Aegean is Turkish!

In 3D video posted by the Turkish presidency on the occasion of the Republic Day of October 29, reference is made to the Aegean and the Mediterranean and after comparing Turkey to a plane tree that “rooted” in three continents, it is emphasized “In the air we are the eagles that scare the enemy.” We carved the Blue Homeland in our seas. The Aegean is ours. We are in the Mediterranean. Our proud flag flies in the Black Sea”.

After all, it is not the first time that Tayyip Erdoğan chooses in his politics the internal route of promoting only the spectacles, without even the “bread”, in order to disorient the Turkish public opinion from the problems that plague it due to his own impasse policies, with the country’s economy sinking to unimaginable heights of inflation and citizens in poverty. As long as he sees a nationalist Turkish audience “listening” to him to improve its poll imagethe cheap ethno-populism and anti-Hellenic propaganda will star in the pre-election fiestas of the Turkish president, who tries to present himself as the protector of the Turkish people from the “hostile” west that “uses” Greece as the long arm that will destroy his country, as happened with the Ottoman Empire.

Athens, for now, is watching the political “directing” of Tayyip Erdogan, refusing to follow the theater of the absurd, but always remaining alert and fully prepared both diplomatically and operationally. A message constantly sent by the Greek political leadership, with the Minister of Foreign Affairs, Nikos Dendias, in an interview with the newspaper Realnews, emphatically repeating that “bullies and threats don’t scare us”. He also noted that “Greece is shielding itself against this threat”, i.e., the unprecedented escalation of revisionism and nationalist rhetoric which reasonably raises concerns about the possibility of a heated episode, a deliberate provocation or an “accident”, which under conditions of tension could take on unpredictable dimensions.

In this environment, the Greek side does not cease to publicize and internationalize Turkish revisionism and Ankara’s provocations at every opportunity, while making clear the similarities of its movements Tayyip Erdogan with those of Vladimir Putin. It was done at the Prague Summit, in front of 43 European leaders, it is done in all the private contacts of the prime minister with foreign leaders and of the Ministers of Foreign Affairs and Defense with their counterparts, and it will continue to be done at every international stage, with Athens it sends the resounding and clear message that Kyriakos Mitsotakis himself repeatedly broadcast with clarity “we oppose aggression with readiness, our defensive vigilance, our diplomatic shielding”.

Turkey’s inflammatory behavior and its destabilizing role in the security of the Eastern Mediterranean is expected to be raised during two-day trip of the Greek prime minister, today and tomorrow, to Vilnius and Tallinn, during his meetings with the political and state leadership of Lithuania and Estonia.

Facebook
Twitter
Pinterest
WhatsApp
Previous article
The nightmare of the food crisis returns
Next article
President of Argentina visits Lula this Monday, in the 1st international meeting of elected officials