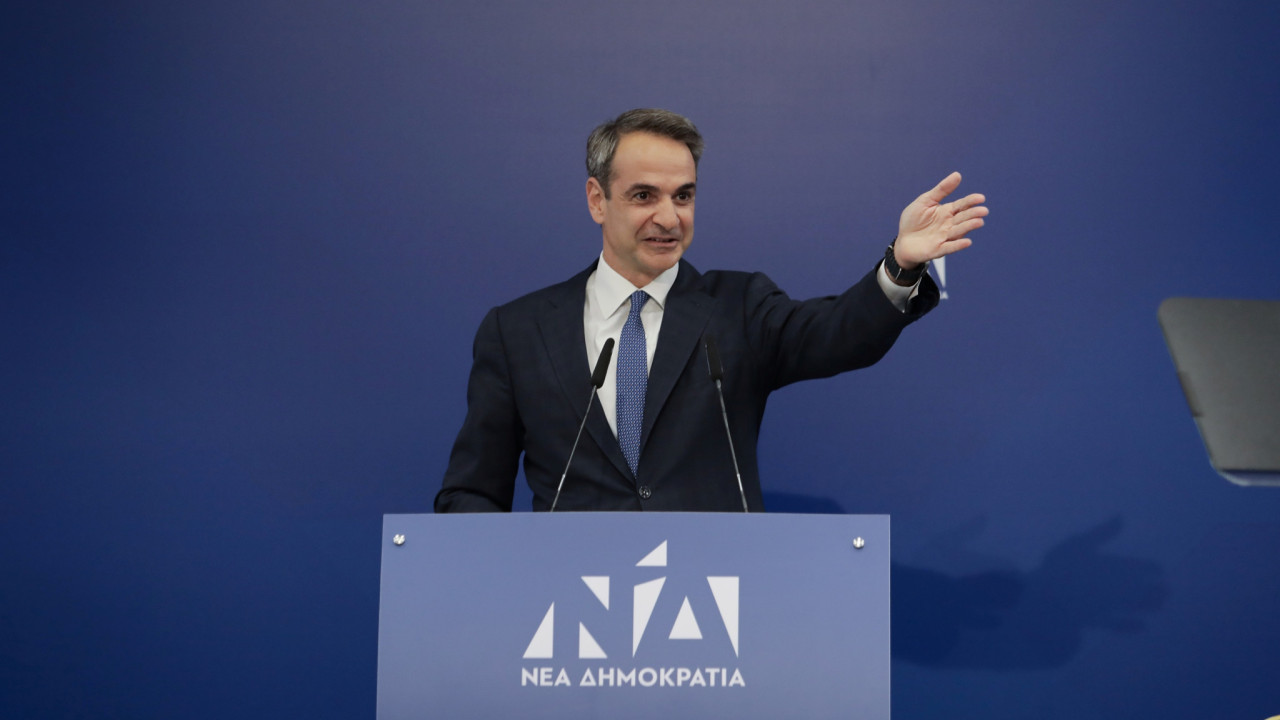 We do not chew on the bullets of the interests, the Prime Minister explained while speaking to the Political Committee of the ND – What did he commit to surveillance

With the look facing the polls which he re-specified in 2023 but also trying to “dissolve” the toxic climate which has covered the domestic political scene, the prime minister from the platform of the ND Political Committee he threw up the gauntlet to the opposition over the surveillance and flatly denied reports of his own or the government’s involvement. He even attributed the targeting of the Maximos Palace and himself personally to private interests that have lost their influence in the course of the country and are working against the government. “Many of these centers would like a pressured Prime Minister and an anchored government. In fact, some are already showing us their teeth” said the prime minister and translated me in the style of “We New Democrats don’t chew”.

Kyriakos Mitsotakis insisted on pointing to SYRIZA as the instigator of the slander and mud that is thrown against the government, stressing that “the opposition sows division with mud and threats. The slogan “us or them” lives again and now addresses everyone”. He also focused on the different priorities between the government and official opposition, noting that when the government announces hydrocarbon investigations, “they publish lists from their mud. Everyone in their role” he remarked.

The Prime Minister made extensive reference to the publications that are against the government and himself for the case of the surveillances, characterizing them as unsubstantiated and launched a severe attack on SYRIZA, committing at the same time, for the complete clarification of the case. “What are they trying to convince? That I personally had no other business than to listen to my ministers, their wives? Actors? Not even my political opponents?” He also referred to the infamous lists of alleged victims “but without presenting the slightest proof”, he commented and recalled the Novartis case for which all the accusations hurled by SYRIZA against 10 leading politicians, who were acquitted by the Court, were dismissed . “They didn’t learn anything from the Novartis case,” commented Kyriakos Mitsotakis, linking that case to the news of the surveillance. And in this case, the prime minister pointed the way to Justice, for which he expressed the certainty that “he will do what is necessary to be completely clarified, so that there are no shadows and the clouds of toxicity that pollute the political atmosphere are dissolved. There is no other refuge in democracies than justice and we will await its verdict. We have nothing to fear!” he stated emphatically.

The Minister of Foreign Affairs, from Brussels, also wanted to put an end to the conspiracies and the unsubstantiated allegations about his monitoring by the Maximos Palace, speaking of mutual trust, and emphasized “My cooperation with the Prime Minister is a continuous cooperation characterized by mutual trust. After all, it has produced tangible results in the field of foreign policy in the most difficult period. From here on, I am completely covered by the Prime Minister’s assurance that plenty of light will be shed”.

As all government officials have assured in the last few days, the government is determined to utilize all institutional means so that no shadow is left for both the prime minister himself and for the entire government as far as the issue of surveillance is concerned. This is exactly the tone that Kyriakos Mitsotakis gave from the platform of the highest party organ of the ND – as Piraeus officials commented – that is, the tone of the counterattack at an institutional level, with clear positions and answers to the vague slanders.

In this institutional context moreover, the legislative regulation is also included, which will be put up for public consultation within the week and will concern, among other things, the modernization of the EYP and further protection against all kinds of malicious software as well as the modernization of the process of removing the privacy of communications with more safeguards for political figures . According to information, the regulation is expected to include the condition of a “third signatory” most likely by a political person – in addition to the two prosecutors – while it will also provide for the establishment of a Coordination Committee for cyber security issues.

Facebook
Twitter
Pinterest
WhatsApp
Previous article
Pegasos celebrated its first victory in the Volley League
Next article
Weather: Cloudy throughout the country – In which areas will it rain