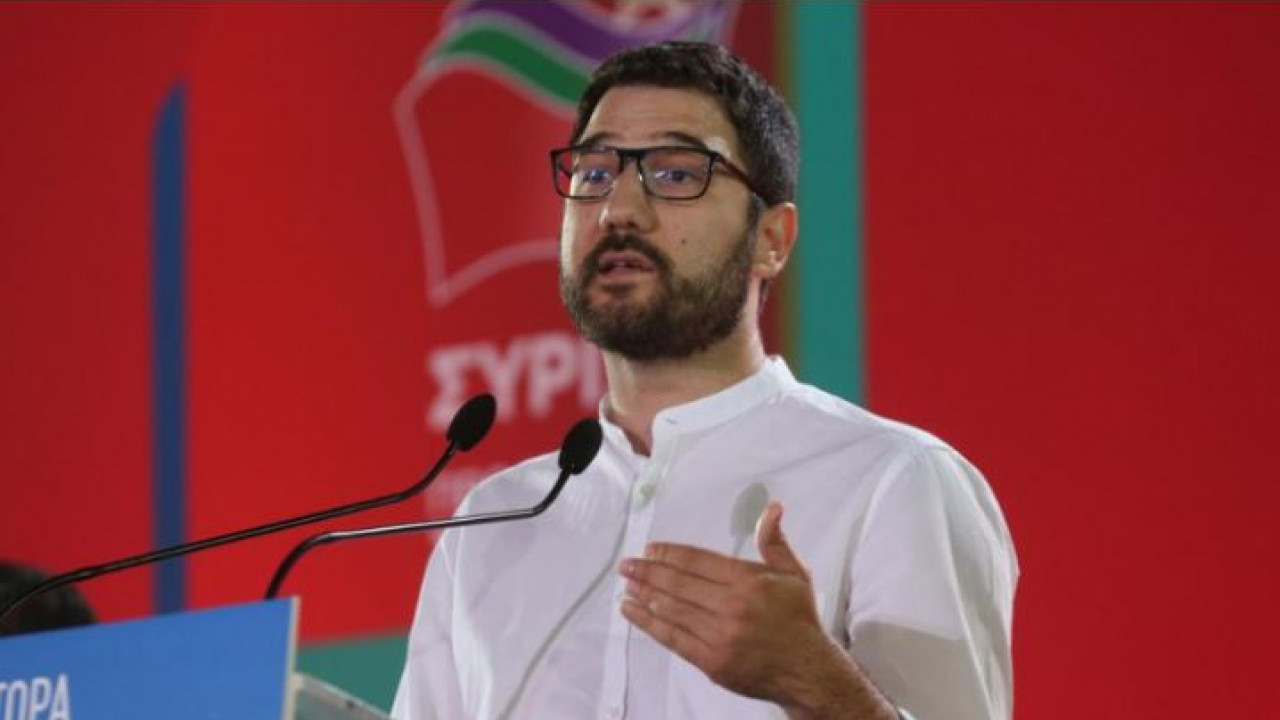 The statement of N. Iliopoulos on the case of auctioning the house of the journalist Ioanna Kolovou

The position of the press representative of SYRIZA-Progressive Alliance

For a government that serves the interests of the few and powerful, at the same time that it lets a citizen lose his house for a debt of 15,000 eurossaid the press representative of SYRIZA-Progressive Alliance, Nasos Iliopoulosspeaking to the television station “DION TV”.

“This morning EKAM and the police entered the house of retired journalist Ioanna Kolovou to complete the auction process. “It is infuriating to see policemen breaking down the door of a citizen’s house who is losing the efforts of a lifetime for a debt of 15,000 euros to the bank,” he noted.

“A government whose members of the Council of Ministers owe more than 12 million euros, a government that has Patsis to take people’s houses, is the same government that voted for a bankruptcy on the basis of which for the first time this year we have 44,000 auctions and citizens go bankrupt as if they were companies, a bankrupt who inflates poverty”, underlined Nasos Iliopoulos. “This is what the budget submitted by the Mitsotakis government does. It does not deal with profiteering, it does not deal with the real needs of the citizens, but it supports the few and powerful, those on whom Mr. Mitsotakis depends,” he added.

Speaking about the accuracy, he emphasized: “The Sunday Kathimerini writes that in Greece food prices are increasing at a higher rate than in the rest of Europe, in fact the rate of increase records the worst indicators of the last 23 years”. “The government refuses to take substantial measures both in terms of price containment and income enhancement. Greece is the only country in the eurozone, in which the minimum wage is at levels lower than 2012, we cannot continue like this”, said Nasos Iliopoulos and noted: “Retroactive pensions must also be returned to pensioners and the part reinstated of the 13th pension that SYRIZA legislated in 2019 and the ND abolished as soon as it became the government, an annual expenditure of 750 million euros”. “Three years of ND we are talking about a 2.5 billion cut to pensioners signed by Mitsotakis,” he said.

“There still needs to be a large scheme of regulation and cancellation of private debt that mainly concerns freelancers, self-employed people. The state only has to lose if it does not follow such a regulation scheme because it will not collect anything from a business that will be closed”, explained Nasos Iliopoulos.

Calling the household basket “a huge communication fiasco”, he commented that the source of the problem lies in energy accuracy. “When only in October the energy providers bought at 230 euros per megawatt hour and sold at 620, i.e. they had a profit margin of 166% and the government allows this, when the government chooses not to reduce the excise duty on fuel and not to reduce the VAT on basic food items, then we can say that the Mitsotakis government chooses accuracy,” he underlined, adding that accuracy in the country is a reality long before the war in Ukraine began.

“The government is sabotaging the work of the judiciary, it does not call the Investigative and Institutions and Transparency Commission critical persons, such as Messrs. Lavrano and Biggio, who are related to Predator, it does not instruct the Anti-Corruption Commission to check which political figures are included in its lists “Predator, they were also placed in connection by the EYP,” he pointed out and added: “Mr. Mitsotakis is hiding from parliamentary scrutiny and refuses to give answers.”

“In the demonstrations of the last few days, such as the general strike and the Polytechnic march, the participation of citizens was very large. And there was not only anger about the current situation but also an optimism that things can change,” he noted.

“The government has entered a process of irreversible deterioration. From our side, we are talking about the next day, about the regulation and cancellation of private debt, about the increase of the minimum wage to 800 euros, about the strengthening of the National Social Security System and the welfare state as a whole. There is an open field of different progressive politics. This is what we will focus on, as well as the return of the rule of law to Greece”, concluded Nasos Iliopoulos.

Facebook
Twitter
Pinterest
WhatsApp
Previous article
Germany: Almost more than double the cost of LNG terminals
Next article
The way is opened for the construction of the New Archaeological Museum of Sparta