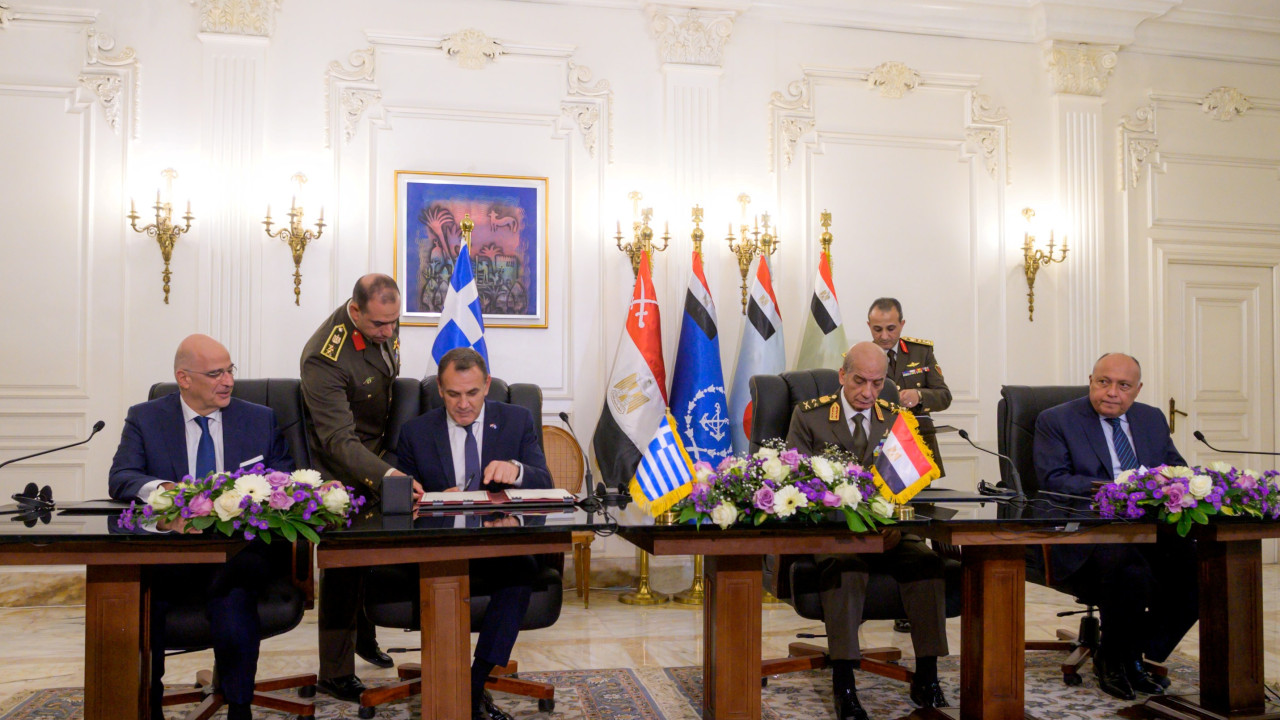 Fake news from Ankara – Brake from Athens and the EU: Persistent irritation over the Greece-Egypt agreement

Turkey cannot hide its irritation over the agreement with Cairo, which, however, manifests itself selectively towards Greece and not the same towards Egypt, which Tayyip Erdogan is ardently trying to approach

A new round of diplomatic tension between Ankara and Athens was inaugurated by new important Greek-Egyptian agreement to define Search and Rescue areas, which are now identical with the Athens and Cairo FIRs.

An agreement for which Turkey cannot hide its irritation, which, however, manifests itself selectively towards Greece and not the same towards Egypt, which Tayyip Erdogan is fervently trying to approach. In this context and following the tactic of distorting reality and fake news against our country, the Turkish Ministry of Foreign Affairs speaks of a “memorandum of understanding for search and rescue from a country that repels innocent refugees” falsely referring to Greece.

In fact, the country that has made International Law and human rights “rag paper” by exploiting the need and misery of thousands of refugees and immigrants, in the statement issued by the Turkish Ministry of Foreign Affairs is characterized “serious contradiction” for Greece to sign the controversial memorandum of cooperation with Egypt as according to Ankara our country is “a country that repels innocent refugees in the Aegean in violation of international law and endangers their lives”. The same announcement even talks about Greece’s maximalist claims at a time when Ankara is illegally and non-existent trying to “grey” half of the Aegean and its claims reach as far as Crete.

Reasons that cannot “stand” against the Greek argumentation which has its unique and basic axis and pillar on International Law and the Law of the Sea. “The Turkish side is trying to equate a bilateral Memorandum of Understanding, which was concluded with full respect for International Law and International norms, with its non-existent and illegal unilateral objections, which violate basic concepts of International Law. At the moment when it uses immigration as a tool, putting human lives at risk every day, it falsely accuses our country” clarified the representative of the Ministry of Foreign Affairs Alexander Papaioannou.

The Minister of Foreign Affairs also referred to Turkey’s revisionism Nikos Dendias speaking at the School of National Defense, stressing that apart from Ukraine, “revisionism is in full development in other areas as well, and the forces of revisionism are trampling, either verbally or through actions, on International Law” said Mr. Dendias. The head of Greek diplomacy focused particularly on the well-known casus belli, from Turkey’s side. “It faces the questioning of our sovereignty and our sovereign rights, a series of hybrid threats, as well as a blatant attempt to smear the country abroad. And also, it faces something that we have not seen until now, the instrumentalization of immigration,” he said, photographing one by one the threats and non-existent accusations that Turkey defiantly puts forth from time to time. An attitude that the neighbor had expressed in the past, with the difference that in recent years the aggravation it causes and seeks has lasted a very long time. “We have an ongoing, escalating crisis, approaching, if not exceeding, three years. We have no such precedent. And of course, the content of this crisis, the broader one, is that the Greek sovereignty over the islands of the Eastern Aegean, and even marginally, of Crete itself, is directly challenged,” he said.

However, the continuous diplomatic vigilance of our country and the internationalization of the Turkish escalation caused a new “slap” in Ankara from the European Parliament, which voted with 454 votes “for” and 130 “against” in favor of canceling the Turkish-Libyan memorandum. The resolution calls on Libya not to implement the Turkish-Libyan memorandum on the delimitation of maritime areas in the Mediterranean Sea, and not to implement any clause included in the hydrocarbons agreement, which was signed on October 3, 2022, and which provides for illegal drilling activities in the EEZs of third countries , including those of Cyprus and Greece.

Facebook
Twitter
Pinterest
WhatsApp
Previous article
Ark of the World: Millions of euros in donations and more were requested – What the Economic Police is investigating
Next article
Erdogan’s front in Syria and calls for restraint