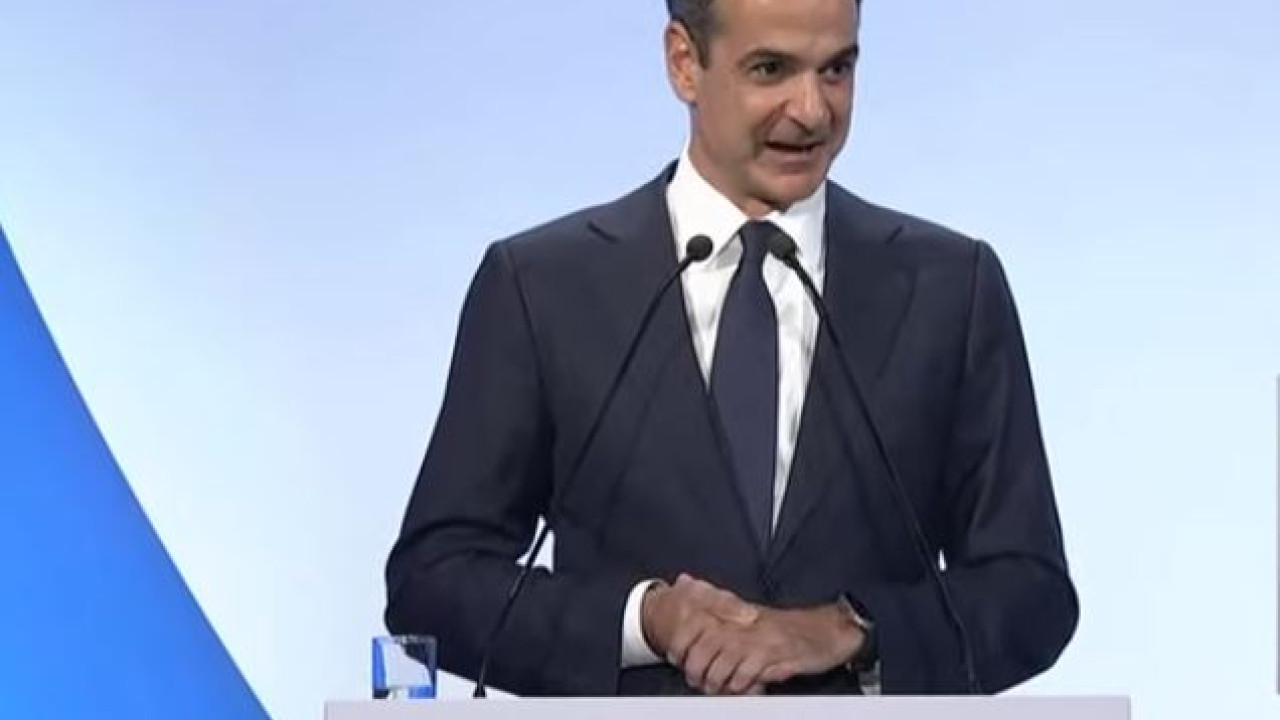 In a post he made on Facebook, Mr. Mitsotakis presented to his online friends the government project achieved last week.

Prime Minister Kyriakos Mitsotakis took stock of the week for the second time in a row.

In a post he made on Facebook, Mr. Mitsotakis presented to his online friends the government project achieved last week and referred, among other things, to the “encouraging news for the Greek economy”, the operation of the “Digital Disability Card”, the subject of the “World Ark” and actions for the protection of women.

“I admit, I didn’t expect last week’s post to have such a positive response. I want to thank everyone who took a few minutes to read a not-so-short post. This response gives me the courage to try this way of communication again, that is, to share an account of the week so that you have a more complete picture of how we work and what concerns us”, the Prime Minister points out in his post.

“I admit, I didn’t expect last week’s post to have such a positive response. I want to thank everyone who took a few minutes to read a not-so-short post. This response gives me the courage to try this way of communication again, that is, to share a summary of the week so that you have a more complete picture of how we work and what concerns us.

Let’s start with what we usually call “big”, because they affect us all in one way or another:

I start from course of the economy where we had encouraging news. After all, a strong economy means a greater ability to support the most vulnerable.
So because we managed to implement important reforms during this time, we got 2 important positive evaluations (green light that is) from the Commission. What follows is a bit dry – this often happens with finance – but it’s worth reading.

One concerns the first positive post-program supervision report of Greece (I remind you that thanks to the efforts of all of us, Greece finally came out of the 12-year supervision last August) where our partners recommend disbursing the last installment from the profits of the European central banks from Greek bonds outstanding from the previous government but also in favor of abolishing the “punitive” surcharge we paid as a supervised country in the interest rate to service our debt.

In practice, this means two things: Greece’s definitive return to European normality, but also an inflow of approximately 770 million euros into the public coffers immediately, and a saving of 5.2 billion euros in interest that we would pay to the ESM in the medium and long term. Why is this important? And for the amounts themselves, but also because it increases our ability to spend this money in favor of the most vulnerable. More broadly, thanks to the reforms and the high rate of growth that our country is experiencing, according to the Commission’s official forecasts, in 2022 Greece will achieve the largest reduction in public debt -almost 30 points- as a percentage of GDP among the 27 member states.

At the same time, this week the green light was given for the disbursement of the 2nd tranche of the Recovery and Resilience Fund, amounting to 3.56 billion euros. Greece requested the second tranche ahead of schedule because we successfully completed 28 reform and investment milestones. All of these are important for the infrastructure, the foundations of the economy, but also because they reflect stability and dynamic growth which is a necessary condition for greater public investment in health, education and our social policy.

Last Monday was submitted to the Parliament Budget for 2023. There is also good news for 2022, as the year is expected to close with a growth rate of 5.6% (almost double the European average) and an unemployment rate of 12.7% (well below the 14.2 forecast of 2022 Budget). While for 2023 the Budget envisages new fiscal interventions of 4.2 billion euros with permanent abolition of taxes such as the solidarity memorial levy, employee insurance contributions and pension increases of 7.75% for the first time in 12 years. Interventions that increase the disposable income of citizens.

Beyond the economy, we have placed great emphasis on improving accessibility and quality of life for people with disabilities and this week we had two pieces of good news on that front: The first is the launch of the Digital Disability Card. It has been a demand of the disability movement since 1991, it was legislated in 1996 and since then, it has unfortunately taken over 25 years to be implemented. The second is the accessibility of the Acropolis to visually impaired people, through a tactile route, Braille forms, and specially designed aids so that visually impaired visitors can have the best possible experience.

Her story shipbuilding industry of Greece was for years a wound for anyone who knows the potential of our country. Great efforts have been made to once again make Greece internationally competitive in this field. So on Friday we had another good news, as the first commercial ship after years arrived at Elefsina Shipyards for repairs.

It is very encouraging to see the result of an effort – but to get to the result, especially in terms of infrastructurea lot of work needs to be done years before they start.

So continuing, for the projects we announced this week, this preparation work has been done. In my visit to Patras, we presented a really big integrated plan with 88 projects, which have secured funding of 3.8 billion euros and turn Patras back into the western gateway of entry and exit of our country. According to the Chamber of Economic Experts this plan will bring an additional income of 7.5 billion euros to the local GDP of Achaia and several thousand new jobs.

Passing on Foreign Policy, on Tuesday an important agreement was signed between Greece and Egypt to define Search and Rescue areas. With this agreement, a new operational plan for the demarcated area between the two states is implemented and the illegal Turkish-Libyan memorandum is effectively cancelled.

And an issue that troubled him a lot: In the matter of the Ark of the World, which shocked Greek society, we proceeded to immediately replace the Board of Directors, implementing a provision that we voted in April 2022 and which allows for the temporary change of management in private welfare agencies in the event of a significant deterioration in their orderly operation.

At the time the arrangement was fought from many sides but we stuck to it without calculating the political cost. This provision is activated in exceptional cases, such as those we saw with the complaints about the Ark of the World.

The new Board of Directors has been appointed persons of known prestige, with expertise and many years of experience in child protection. Until the investigation was completed, we had an obligation to ensure the operation of the structure and the trust of all of us in it. Because the absolute first priority is the children.

I’m leaving one last thing that touched me more than anything else this week, and I told you last time we’d come back to it soon.
Friday was the International Day for the Elimination of Violence against Womenand it was an excellent occasion to present and appreciate our policy and work in this sensitive and so important area.

So we presented another tool for the protection of women. THE Panic Button app it concerns women who have already been abused, it is encrypted so that no one knows that it exists except the woman herself, and it enables the Police to be notified at the push of a button, and without anyone realizing anything.

Equally important, we have or are creating 6+12 operational centers for dealing with domestic violence from ELAS (staffed mainly with female police officers and a total of 402 police officers) we have developed work rehabilitation programs through DYPA for abused women, there is now the possibility of free legal aid for victims of domestic violence while we also developed a risk assessment tool by professionals and reception structures so that the risk can be identified in time.

There is much more but I will close here, thanking each and every one of you again for making it to the end of this long text. I know that a lot of what I wrote doesn’t apply to you – it can’t all apply to everyone. But I hope they interest you. And I hope you know that our daily concern is to take another step, small or big, towards a stronger, more modern, fairer Greece for everyone”.