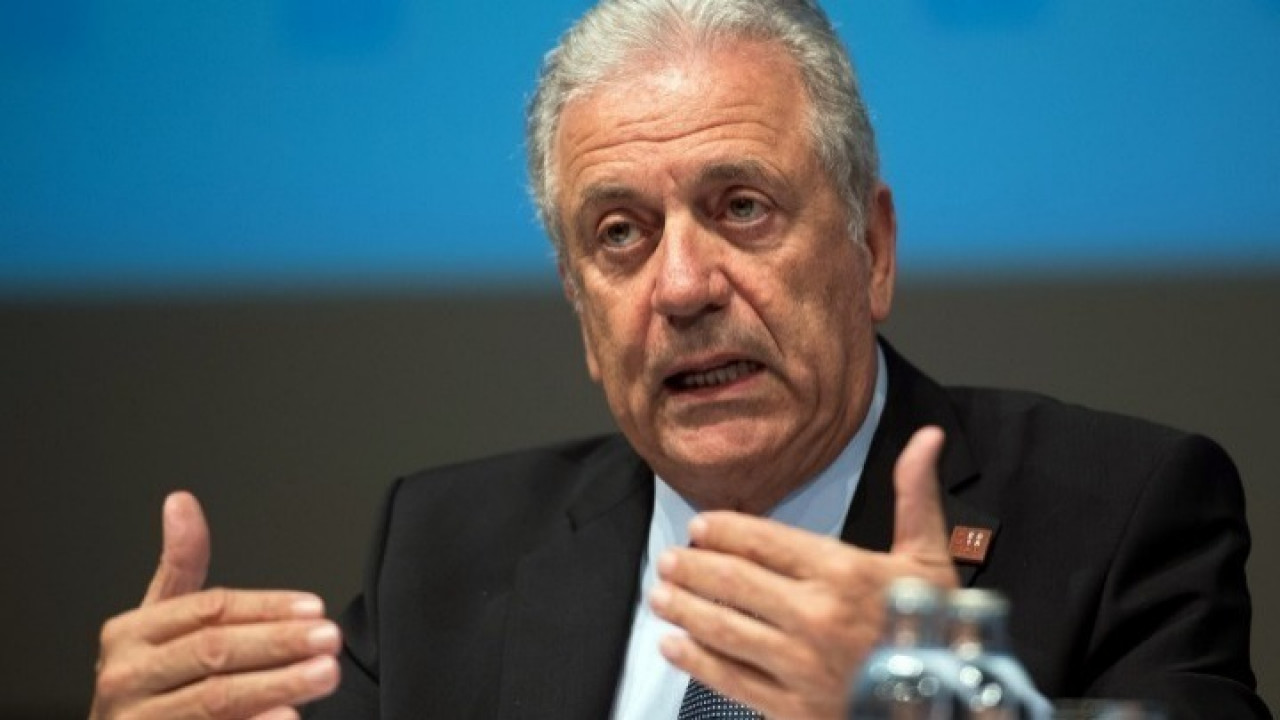 La Stampa: Avramopoulos is favorite for EU envoy to the Persian Gulf

According to the newspaper, “there is a lot of reaction to the possibility of choosing Italy’s former foreign minister, Luigi Di Maio.”

The Italian newspaper La Stampa in its detailed article refers to the case of the appointment of a special EU envoy to the countries of the Persian Gulf. According to the newspaper, “There is a lot of backlash over the possibility of picking Italy’s former foreign minister, Luigi Di Maio,” and now “the Union’s high representative for foreign affairs, Jose Borel, is pulling the brakes.” Regarding the position, the Italian newspaper adds that the favorite is Dimitris Avramopoulos.

At the same time, the article emphasizes that “the Italian government has expressed skepticism” regarding Di Maio and that “the Arab countries are also protesting now”.

La Stampa adds that according to information, “the Italian former minister submitted a candidacy for the specific position, shortly before the expiration of the time limit” and according to a source of the newspaper, in fact, “after its expiration.”

With reference to the developments of the last few weeks, it is recalled that after the defeat of Di Maio in the Italian general elections in September, Borel had initially decided to support his candidacy and present it to the governments of the member countries. “However, the avalanche of negative reactions seems to have convinced Borrell to step back, or at least not to take any further steps forward, leaving the hot potato in the hands of European governments.”

La Stampa writes that Di Maio’s candidacy is not supported by the Meloni government and that Italian Foreign Minister Antonio Tajani emphasized that “it is a candidacy promoted by the previous government.” At the same time, League MEPs had asked Borel to explain the reasons for his preference.

“The EU’s high representative for foreign affairs, however, was concerned, mainly because of the international reactions,” the article explains. The issue was reported with skepticism by the French newspaper Le Monde and the British newspaper The Guardian but, above all, reactions were expressed directly from the Persian Gulf.

As Mohamed Baharoon, head of the authoritative think tank “B’huth”, which is located in Dubai, told La Stampa, “as foreign minister, Di Maio managed to bring Italy’s relations with Saudi Arabia and the United Arab Emirates to a nadir. Emirates”.

The reference, as it is clarified, “is to Italy’s embargo on the sale of arms to these two countries, which was decided by the Draghi government in January 2021 (after the previous Conte government had already stopped sales), while the head of its foreign ministry Di Maio was from Rome. A decision that Italy took back, after the protests of the two countries”.

According to Baharoon, “the selection of a person of this kind, for a position that should improve the relations of the EU with the Gulf countries, causes quite a laugh”,

“A decision that seemed to have already been made, now it is ‘stuck’ and Borel is looking for a way out,” a diplomatic source reveals to the Turin newspaper. Which informs its readers that “typically, Borel would have to propose a name to the European Council, which then, in turn, has to approve it with an enhanced majority”.

There are, however, two problems: “this solution would put the Italian government in a difficult position, because, in theory, the choice of an Italian could be approved by the government in Rome voting against it”. On the other hand, “if the nomination is rejected, it would be a defeat for Borel himself”.

The Spanish High Representative of the EU, consequently – according to La Stampa – is reportedly studying a solution, based on which the specific choice is made by the governments. A choice among the four candidates who reached this final stage”.

Finally, a number of Italian media outlets have highlighted that Dimitris Avramopoulos has not yet been appointed, but that from the first moment, many diplomatic sources considered him “favorite” for this position.