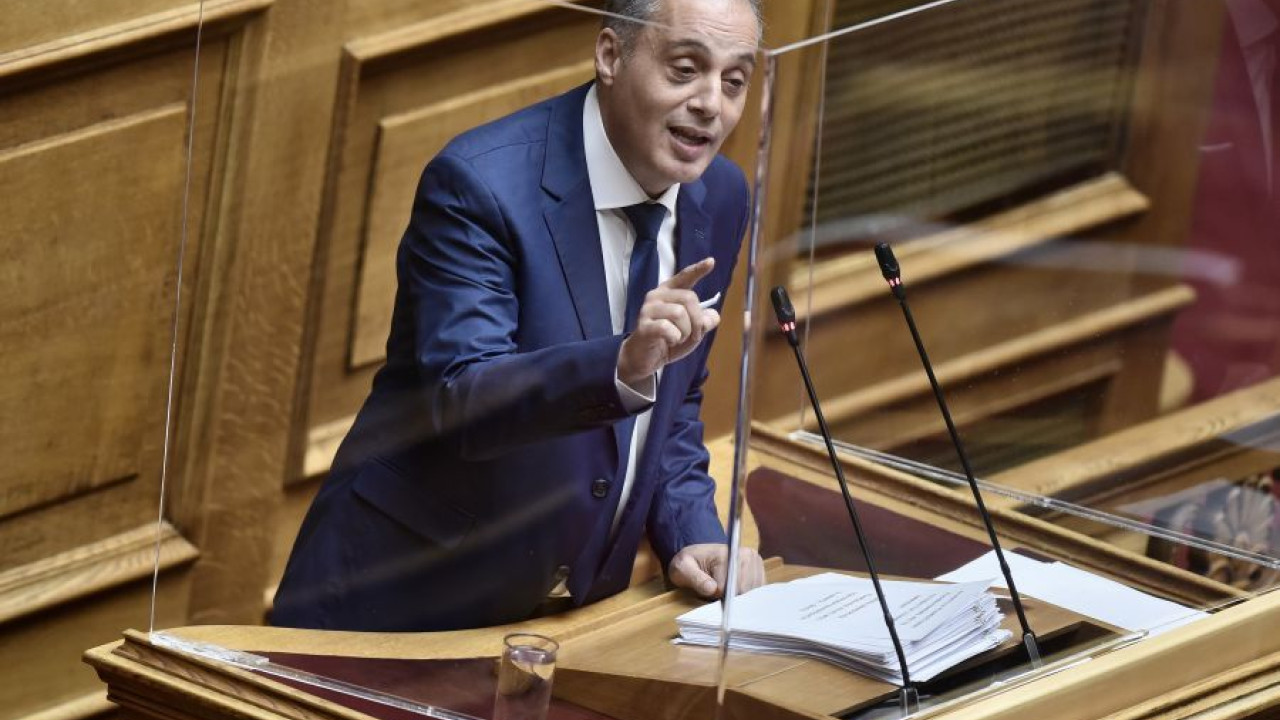 Velopoulos: Pre-election budget that is written on the leg

Referring to the economy, Kyriakos Velopoulos said that since 2020 he had reported that “hunger and an energy crisis are coming”

“Since 1974, all the budgets have fallen out and I am sure that the same will happen with this budget,” said the president at the beginning of his speech in the Parliament, during the discussion and voting of the Budget bill, for the year 2023 of Hellenic Solution, Kyriakos Velopoulos, while speaking “about a pre-election budget that is written on the leg, and includes fake numbers”.

Referring to the economy, he said that since 2020 he had mentioned that “hunger and an energy crisis are coming” and estimated, citing international press reports, that in 2023, “Armageddon is coming”. He expressed his disagreement with the imposition of taxes with particular reference to the inheritance tax.

“All the governments until now have built a predatory tax state. Twenty taxes torment the citizens”, he said and emphasized: “I never understood the meaning of the inheritance tax, since ENFIA exists. The citizen pays tax when he buys a property, he pays tax because he keeps the property, he also pays tax because it is transferred after death. For the last fifty years you have not been able to produce wealth for the Greeks and only produce taxes.”

In his speech, the president of Hellenic Solution made a special reference to bad loans, the companies managing these loans and the auctions. “There are, as we speak, 700,000 bad loans, 53,600 auctions have taken place. 82% were made by the funds” said Mr. Velopoulos, “You built them. ND PASOK and SYRIZA”, he argued and spoke of “hyenas” and “scrambling in Greek assets”.

“The funds work with guarantees from the Greek government and have created the same real estate companies. They bought the loans at 5% to 10% at most, they give them to management companies. These companies “lock” the “good properties”, do not proceed with arrangements, they choose the auctions which are often barren so that they or their friends can get the property. This is called theft of Greek property. It shows the non-existence of a political system that is driven by the interests, the oligarchs, the bankers. All those who made funds”, he continued, “have a relationship with the old banking system and with all the political parties. Where is the state to come between the citizen and this predator?” asked Mr. Velopoulos.

He then read out a list of companies and their executives from which, according to him, the relationship of the companies with the banking and political system emerges and filed it in the minutes of the Parliament. “If you dare to say names, it means you are not afraid. If you don’t dare, you are afraid,” he emphasized.

Referring to the demographic problem, he cited ELSTAT data. “We have an increase in the number of deaths in the first 39 weeks of 2022 by 12,972. We are talking about a 13.7% increase compared to the years before the pandemic. It is due to the fact that you destroyed the Social Security System”, said Mr. Velopoulos and suggested that “every Greek under the age of 40, when he gets married, should be entitled to an interest-free loan of 33,000 euros. If he has two children the loan is reduced by 1/3, if he has three children the entire loan is given away, and with four children there is a lifetime exemption from taxes”.

Facebook
Twitter
Pinterest
WhatsApp
Previous article
DW: Much money for nothing when it comes to LNG?
Next article
Scorer of the winning goal against Morocco, Orsic highlights Croatia’s pride