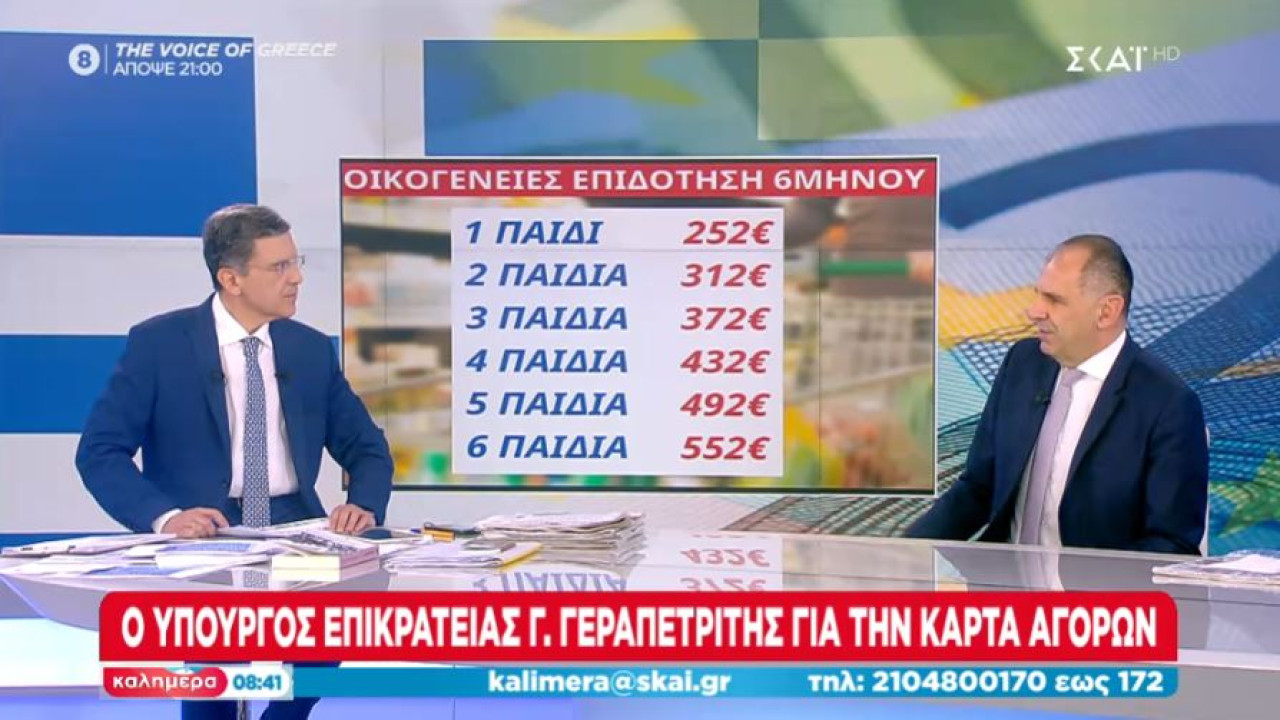 Gerapetritis in SKAI: The taxation of the oil companies was done to fight inflation

We will never abandon the citizens, we will always be by their side, emphasized the Minister of State

“The taxation of the surplus profits of the refineries was done to fight inflation” the Minister of State Giorgos Gerapetritis told SKAI, stressing that the card announced by the Prime Minister yesterday should not be called “Food Pass” but “Shopping Card” as it also includes products which are not food, such as stationery and others that consumers find in supermarkets.

What we have tried is not to have relief horizontals that would satisfy everyone but less, but we went targeted to those who need it. We are talking about more than 8 million citizens who benefit from the shopping card, and this money should be directed to the sector that is affected by inflation, namely the market. We wanted the measure to cover almost the entire population,” he noted.

When asked if these announcements are pre-election, Mr. Gerapetritis replied that “they are not pre-election. The increases in the minimum wage, the increases in pensions and all the measures that have been announced, are produced by the good course of the Greek economy, which is credited to the citizens and returns to them”.

Regarding the monitoring, Mr. Gerapetritis noted that “there may have been failures and mistakes, but we must be very careful because the security of the country cannot become a political confrontation.

The judiciary has undertaken to examine the case. The Greek state will ensure that justice is carried out to the end so that those involved suffer the consequences.

We created a modern framework to address the failures of the past. The government should not know who is under legal surveillance. Reproduction alone constitutes a criminal offense and does the country no good at all.”

After Easter the elections

Speaking about when the elections will be held, Mr. Gerapetritis characteristically said:

“I think we will eat the lamb in the village in peace. My feeling is that the elections will be held at the completion of the four years. We in the government have not picked up the pencils. The government is on full alert. I personally wouldn’t bet a single euro that we will soon have the next period”.