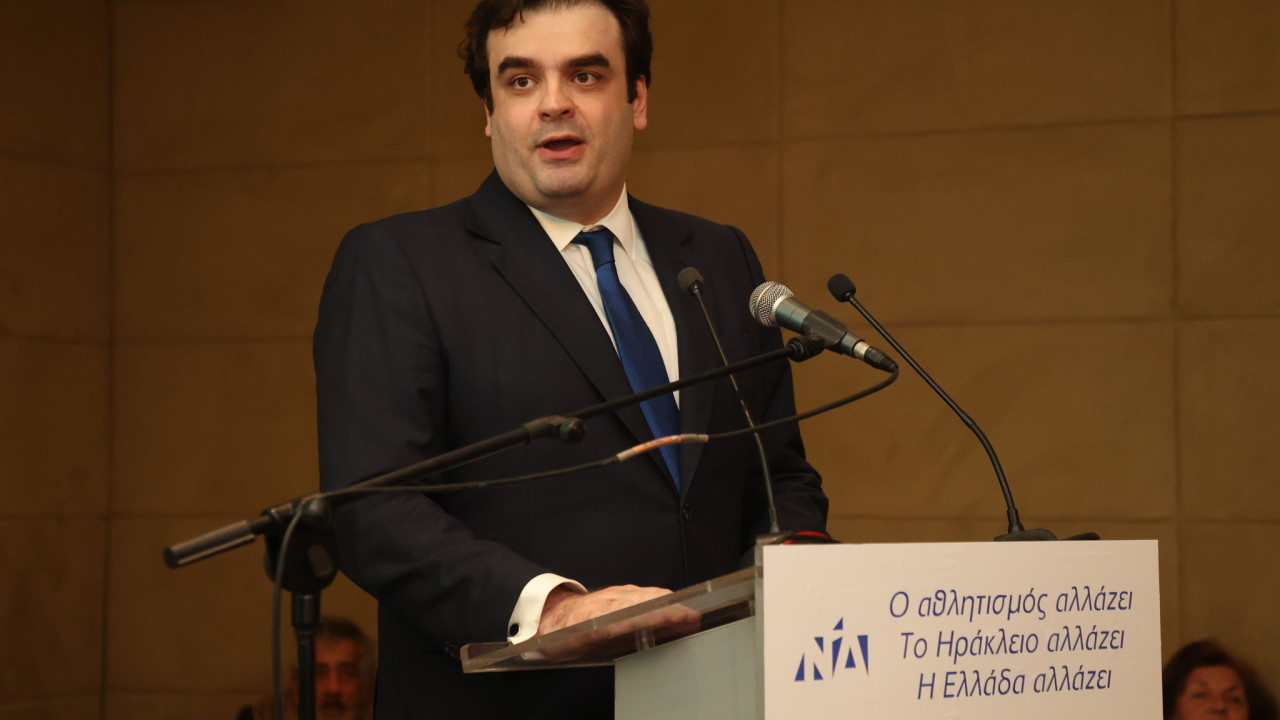 Pierrakakis from Heraklion: “The dilemma is the past or the future”

At an event, in Heraklion, for the cutting of the New Year’s king cake, following the invitation of the Deputy Minister of Sports Lefteris Avgenakis, the Minister of Digital Governance, Kyriakos Pierrakakis, attended, who in his greeting, in addition to the wishes for the new year, referring to the election year which is 2023 “the dilemma is the past or the future and we will answer this together”.

Speaking about the excellent – as he said – collaboration with Mr. Avgenakis, Mr Kyriakos Pierrakakis he referred to the important – as he characterized – that happened in the last three and a half years of the Mitsotakis government, calling on those who have a common vision for the future, to “leave behind what happened 50, 60 or 100 years ago”. As the Minister of Digital Governance typically said, “politics should be more about my son and less about my father. It has to be about the world that will grow up, our children that will grow up and not what happened 50, 60, 100 years ago. We should be inspired by it, but all of us who may not have started from the same place but are going towards the same place, this connects us. That we want another Greece, that we want a country, you must go where it deserves”.

For his part, the Deputy Minister of Sports announced that the auction of the first Paralympic Sports Center in the Balkans based in Rafina, with a budget of 32 million euros, will soon proceed, noting that “Greece is changing with Kyriakos Mitsotakis and we have in our hands the four years that ends up not being the epilogue, but the prologue of a next stronger government. To be the preface, in the upcoming elections – that is, in about 100 days from today – we must fight a strong battle with arguments and above all calmly with sobriety, without toxicity but above all putting the good of our country and speaking with examples ».

In addition, Mr. Avgenakis, after wishing for the new year, highlighted the cooperation with organizations and local government, saying that “in sports before 2019, the concept of family did not exist. The toxicity that came from professional football had penetrated to the core of the entire sports arena, but step by step we succeeded and the spirit of unity is now being cultivated” concluded Mr. Avgenakis. Present at the cutting of the pie were the archbishop of Crete, Eugenios, the president of the Hellenic Paralympic Committee, Giorgos Kapellakis, representatives of organizations and local government, local officials of the N.D. and a crowd of people.