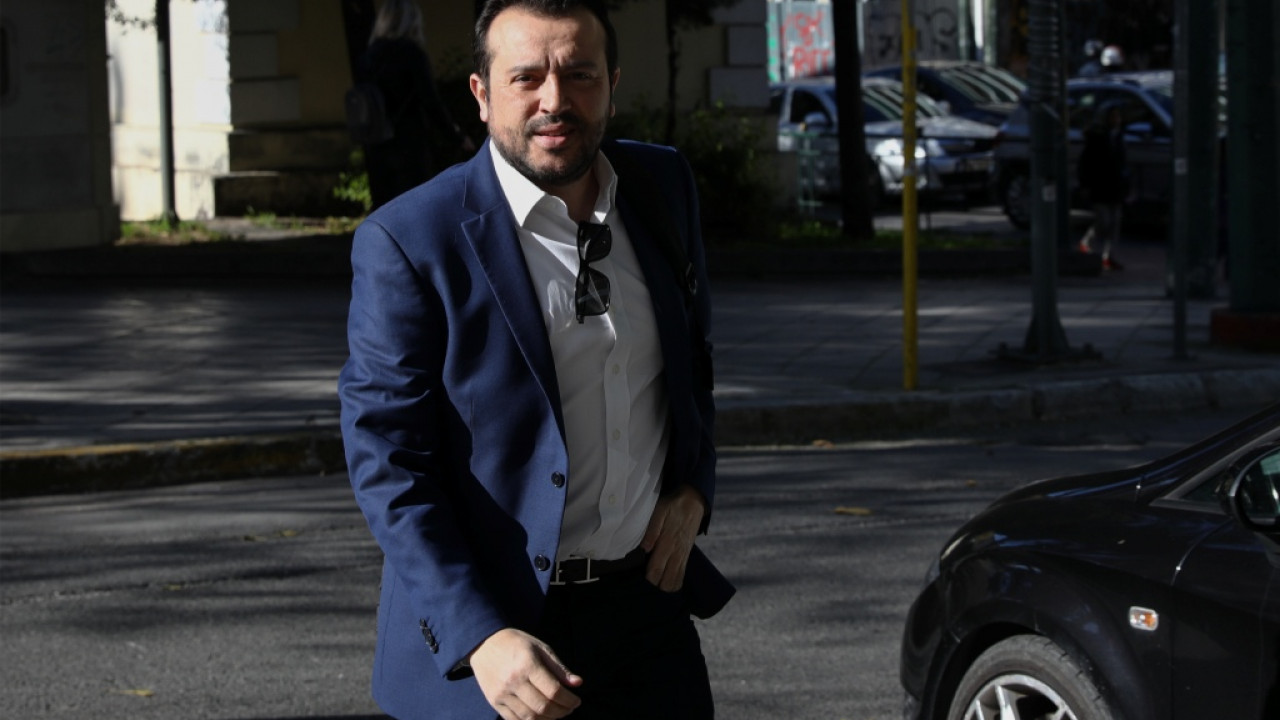 Lawsuit by Nikos Pappa for deposition in the Special Court

Former minister Nikos Pappas filed a lawsuit against the contractor’s secretary Christos Kalogritsa for what she said to the Special Court about “bags and envelopes with money to the SYRIZA party”.

The testimony of the secretary of the contractor who is on trial for the television licenses together with the former minister, has already caused a fierce political confrontation and is expected to preoccupy the judicial process again.

The secretary of Christos Kalogritsa, who was involved in the competition for television licenses and is on trial together with Nikos Pappas, testified in the Special Court a few days ago that “envelopes and bags of money were given for the SYRIZA party” referring to Christos Kalogritsa’s employer .

Her testimony naturally caused political confrontations, but also tension in the Court, where his advocates, the day after the testimony of Kalogritsa’s secretary, Euthaleas Diamantis, clarified that her testimony “did not concern Mr. Pappas”.

Moreover, the President of the Special Court Ioanna Klapa, in order to remove misinterpretations of Diamanti’s testimony and because there were publications that implicated the name of Nikos Pappas with the money, was forced, citing the minutes of the trial, to declare “What the witness said was not about Pappas , it was not for Tsipras, it was for SYRIZA”.

However, the testimony given before the Special Court, and the fact of the falsification of Diamanti’s testimony by a section of the press, today led the former minister to file a lawsuit against Christos Kalogritsa’s secretary.

The lawsuit was filed by his lawyer Giannis Mantzouranis, while the minister himself said in a statement that in addition to the lawsuit “there will also be out-of-court proceedings”, meaning the media that implicated him in the matter due to what Secretary Kalogritsa said.

However, her report on financial aid from her employer to the party of the government at the time, is expected to concern the legal proceedings before the Special Court as the advocate of Christos Kalogritsa, Member of Parliament Andreas Loverdos, has already brought to the Court a statement from his principal, that if there are lawsuits “things that have not been heard until now will be said”.

Kalogritsa’s advocates, Andreas Loverdos and Angelos Karahalios, after submitting the lawsuit, came back with a new Kalogritsa statement.
“Since Mr. Pappas filed a lawsuit against Mrs. Diamantis, I am forced (says Mr. Kalogritsas) to recall a characteristic phrase from her testimony: “Unfortunately, Mr. Pappas is only accused of a misdemeanor. He should also be charged with a felony.” Both on this and on other issues, the continuation will be given in the courtrooms, exclusively at his or their own responsibility”.

In any case, the former minister, as he states in his lawsuit, despite the fact that Secretary Kalogritsa did not mention him as the recipient of money, slanders him because, as he claims, “the deposition was orchestrated” and was made late in the trial, which he himself is accused, igniting false reports “so as to give the impression to the average reader that the money was directed personally to Mr. Pappa”.

At the same time, the former minister emphasizes that what was said by the secretary Kalogritsa, may involve him in new legal adventures, while he did not fail to note that her testimony was false and slanderous. Besides, the offenses he accuses them of are defamation and false accusation.