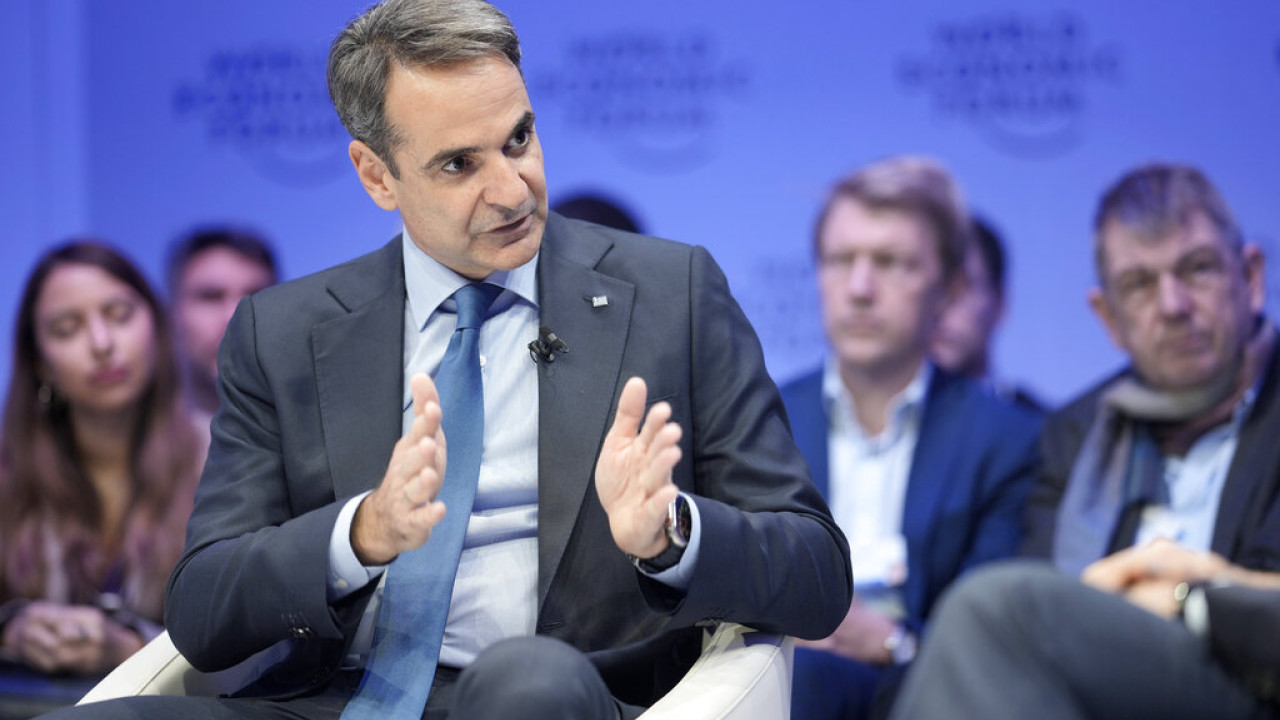 Mitsotakis from Davos: We will not go to war with Turkey – Elections in the spring

The prime minister, in addition to the developments in Greek-Turkish, commented on the issue of the elections as well as on the progress of the Greek economy

Prime Minister Kyriakos Mitsotakis spoke about Greek-Turkish affairs, the elections, immigration and the Greek economy in an interview he gave to CNN journalist Farid Zakaria, in the context of his presence at the World Economic Forum in Davos, Switzerland.

Questioned Kyriakos Mitsotakis regarding developments in Greek-Turkish and if there is a risk of war with Turkey “over Kastellorizo”, Mr. Mitsotakis categorically replied that “we will not go to war with Turkey”. However, he continued by saying that “in the last three years we have experienced many tensions and not only for Kastellorizo. Kastelorizo ​​is one of the beautiful Greek islands, we had a very good tourist season in 2022, tourism is very important for the economy” he said and added:

“We should be able to sit down with Turkey as reasonable adults and discuss the issue of the continental shelf and sea zones in the Aegean. It is a complicated issue due to the geography of the Aegean but we have solved similar problems with our neighbours. We did it successfully with Italy and Egypt, with Albania we will refer the issue to the International Court of Justice and that will decide. You don’t threaten your neighbors and you leave communication channels open and it is never helpful to instrumentalize national issues for internal reasons, it is not a good approach because you poison public opinion” said Kyriakos Mitsotakis.

“Does anyone realistically believe that the Greek islands are a threat to the Turkish mainland, or does the Turkish mainland threaten the Greek islands?” he also noted, to add that, after the elections, “which will take place almost simultaneously” (in Turkey they are expected to be held on May 14), “there are ways to lower tensions, to agree that we disagree, but in a civilized way. We don’t need to threaten each other or have overflights.”

“We have a difficult neighbor, our Armed Forces have not been strengthened for decades. Therefore, it is important to project our power,” he pointed out.

“I do not consider it improbable that we will find a solution with Mr. Erdogan. But there are issues beyond debate – eg. the sovereignty of the Greek islands or the agreement with Libya, which ignores the rights of Crete. If we limit the discussion to real issues, we can find solutions. But, if we broaden the discussion to issues that we cannot discuss, we will not find a solution” underlined Mr. Mitsotakis.

Kyriakos Mitsotakis was also asked by the journalist about the date of the national elections, with the Prime Minister answering that they will be held sometime in the spring.

He also pointed out that “the last 3.5 years have been very difficult, very painful. For example, the coronavirus, but when you look back and when you address the citizens to be re-elected, you say that you did your best, admit your mistakes and sleep well at night.”

“In the elections, the Greeks will compare four years of a populist government and four years of our own government. If we win, which I believe we will, it will be a vote of confidence, but also an electoral process that they should pay attention to abroad as well. The old Left-Right dilemmas are no longer relevant, as much as the dividing line between populists and pragmatists, progressive democrats,” he underlined.

For the Greek economy

Regarding the course of the Greek economy, the prime minister estimated that in 2023 growth will be close to 2%.

“Now nobody talks about the Greek debt, many clouds have disappeared” he declared. “It’s an interesting story of economic transformation,” he added.

“We came to power with a clear mandate, to transform the economy, to move towards digitization against bureaucracy, and to move towards green transformation. Three years ago, when I was back in Davos, I was met with scepticism. But we now hope that we will be able to maintain the governance of the country for the next four years, given that we are entering a pre-election period” said Kyriakos Mitsotakis.

“Many of the policies we pursued were progressive. We must focus on innovation, digitization of services and at the same time support the weak. In the next elections, the citizens will compare the four years of the previous government and the four years of our own government” continued the Prime Minister.

“I was the first to ask for a ceiling on the price of natural gas. If we had moved earlier, we would have saved money. If there is one positive from this horrible war, it is that the green transformation is being promoted. I think we’ve already seen the worst in terms of gas prices. The prices are better now. We also see that our support is having an effect. We have a geopolitical obligation to continue supporting Ukraine” the prime minister also noted, talking about the war in Ulrania and the resulting energy crisis.

Regarding immigration, he emphasized that Greece became a problem in 2015, “when the previous government followed an open borders policy”. “Now we have reduced the flows by 90%. But we have said from the beginning that we will protect our borders. The local communities on the islands where there were immigrants are satisfied,” said Kyriakos Mitsotakis. “We have implemented a tough but fair immigration policy and if you look at the internal debate in Greece, you will see that this is a non-issue,” he added.

“By protecting our borders on land and sea, we put fewer lives at risk. The fewer people trying to pass, the fewer accidents we will have. We dismantled the traffickers’ circuits” he concluded in terms of immigration.