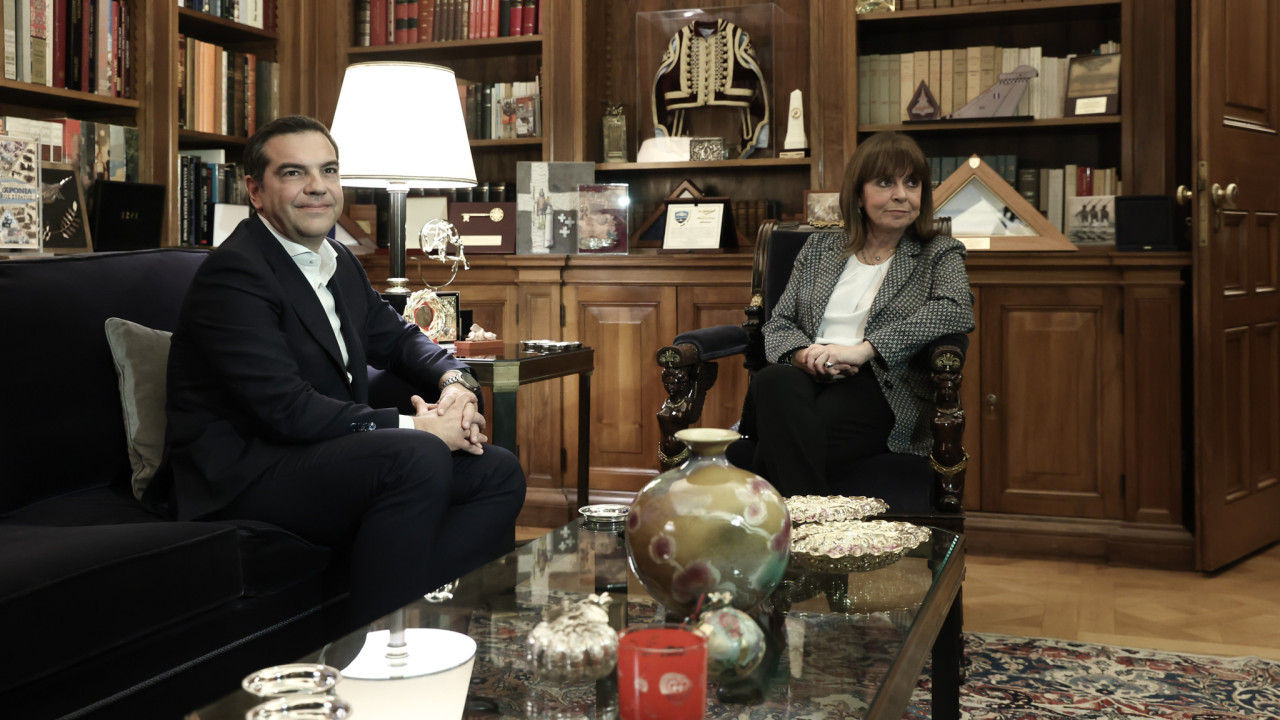 Tsipras: He watched politicians and the leadership of the Armed Forces – Mitsotakis must resign

The president of SYRIZA-PS, Alexis Tsipras, had a meeting with the President of the Republic, Ekaterini Sakellaropoulou, in the afternoon in order to inform her about the development in the wiretapping issue. After the meeting ended, Mr. Tsipras launched an attack on the prime minister, whom he demanded to resign.

During the short dialogue attended by journalists, Mr. Tsipras said: “I asked to meet you in order to express my anxiety and deep concern about phenomena that disrupt the orderly functioning of the state. The Greek democracy remains a state. This is indisputable, therefore I think the time has come for the political system to take responsibility and rise to the occasion.”

For her part, the President of the Republic replied: “Thank you for the initiative of the meeting and the information, I am seeking communication with the local political forces. On the subject of monitoring, I have placed myself within the framework of my competences. It is a serious issue, which is connected to the functioning of institutions and the quality of democracy. When I was appointed I always expressed through legal procedures the need for clarification. We are a state governed by the rule of law, and the matter is dealt with on a case-by-case basis by the Human Rights Commission and the Parliament, as well as the judicial authorities where it has gone to some extent. The Constitution and the laws provide for the procedure for lifting confidentiality and informing interested parties. At this juncture, we have the duty of the authorities to protect the good of national security, but also the rights of citizens. It is a difficult balancing act with cost, but necessary. Our democracy has depth and continuity and Greece has an established position and recognition in the European family and it is the duty of all of us to protect the valuable legacy because it is a matter of respect for the citizens who in critical periods were tested and showed maturity and endurance. From my meetings abroad, I am convinced that they have expectations for the coming years for our country, which has a lot to show in terms of energy and digital services”.

After the meeting he had with the President of the Republic, Mr. Tsipras made statements to journalists, asking Prime Minister Kyriakos Mitsotakis to resign.

“We have a flagrant violation of the rule of law, by a truly criminal network that operated within the Maximus Palace, and was led by the prime minister.

There is now evidence collected by ADAE. This evidence confirms the worst fears. The EYP, whose responsibility is Mr. Mitsotakis, under the guise of national security, violated the privacy of communications and intercepted the telephone communications of politicians, MPs, MEPs, journalists and the leadership of the armed forces.

The prime minister must assume his irreplaceable political responsibilities anyway and must resign. The rest tomorrow in the Parliament”.

Facebook
Twitter
Pinterest
WhatsApp
Previous article
Oikonomou: The president of ADAE turned the Authority’s independence into a privileged relationship with SYRIZA
Next article
“Does Santa really exist?” – Little girl in the US sent half-eaten cookies to the police and asked for a DNA test