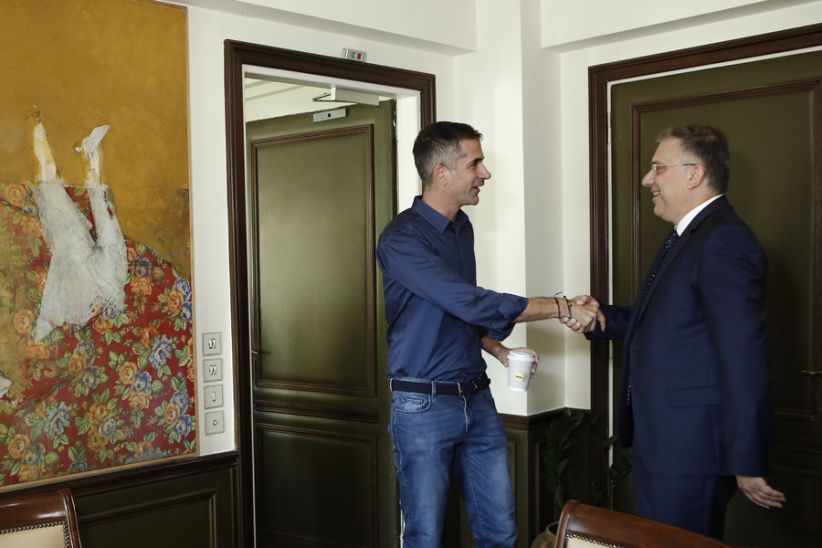 Circles YPROPO: Questions about the statement of Bakoyannis

Question express circles of the Ministry of Civil Protectionfor his statements Mayor of Athens Costa Bakogianni to SKAI 100.3, who requested meeting by Taki Theodorikako to discuss city ​​security issuessaying features “Please meet him for a month”.

Ministry circles report that the communication between the municipality and the ministry exists and is constant and wonder why the mayor made such statements.

“What does he really want?” The implementation of the laws or the state of lawlessness that prevailed in the center of the capital? ” reporting features.

The circles of the ministry emphasize in detail:

“The attitude of the Mayor of Athens, Costas Bakogiannis, raises questions, who, speaking on a radio station, spoke out against the leadership of the Ministry of Citizen Protection. Instead of applauding the extensive operations of the Greek Police in the center of Athens to crack down on illegal immigration and other illegal activities, the Mayor seemed to disagree with the “broom” operations in his public position. The communication between the municipality and the ministry exists and is constant with the competent Undersecretary coordinating the actions that are decided. Why did the Mayor make such statements? What does he really want? The implementation of the laws or the state of lawlessness that prevailed in the center of the capital “?

What the municipality of Athens said to SKAI 100.3

The mayor of Athens stressed the need for preventive, active and permanent policing in Athensthat deals with big security problem.

He reiterated his request for a meeting with the Minister of Civil Protection, Takis Theodorikakos, saying characteristically: “Takis, we have a problem and we must do something to solve it.”

Listen to the full interview:

Obliged, as he said, to raise the issue publicly, as the competent Minister Takis Theodorikakos for a month now does not respond to his request for meeting.

“I have been asking him to meet for a month now. Taki, we have a problem and we have to do something to solve it “, said the mayor of Athens, clarifying:” I am the last person who wants to play a political game. “I think this is the best government of the last decades and so is the prime minister.”

He also pointed out that the municipality has exhausted its means and responsibilities.

Mr. Bakoyannis also mentioned that the municipality has mapped the road and neighborhood-neighborhood the security problem and has drawn up the “black” map of delinquency in the capital.