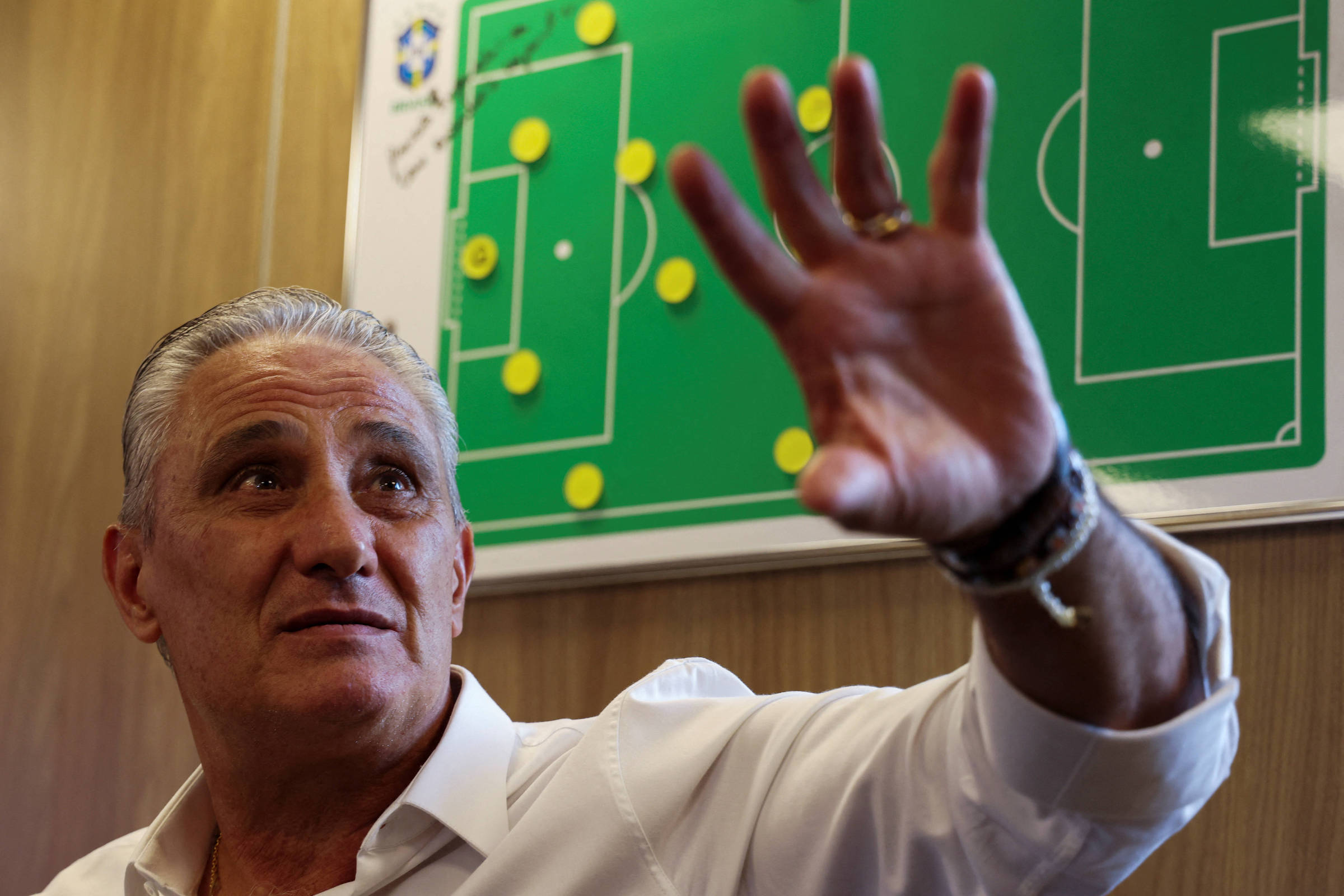 Datafolha: 47% approve of Tite’s work in the Brazilian national team

In his sixth year at the head of the Brazilian team, coach Tite had an improvement in the assessment made by Brazilians about his work. According to a new Datafolha survey, 47% consider the coach’s performance to be great or good.

The institute has already carried out four consultations on the gaucho since January 2018. In the last survey, in December 2019, it had registered its worst rate, with 37% approval.

Despite the improvement of ten percentage points, the rate of positive evaluations currently registered by the coach is still well below what he had scored on the eve of the last World Cup, in 2018, in Russia. In January of that year, he had a 62% approval rating. In July, the index reached 64%, the highest level in the series.

The most recent survey was conducted between the 27th and 28th of July and interviewed 2,556 people aged 16 and over in 183 municipalities. The margin of error is plus or minus two percentage points within the 95% confidence level.

For former player Casagrande, columnist for Sheetsince the elimination in the Russian Cup, the selection has not presented a football that could make Tite’s popularity return to its highest level.

“It only increased his acceptance because the Cup is coming. And it’s not an approval like the last one because the fans don’t think the team plays well”, said the former striker. “Brazil was champion of the 2019 Copa América, for example, but was booed at Morumbi and Fonte Nova”, he recalled, citing the matches against Bolivia and Venezuela, in the first phase.

Despite this, 54% of Brazilians currently believe that Brazil will win the World Cup in Qatar. Confidence is greater than on the eve of the World Cup in Russia in 2018, when 48% were betting on the country.

On Russian soil, the Brazilians were eliminated in the quarterfinals by Belgium. Even with the defeat, Tite achieved a rare feat, having his contract extended for another cycle of the Cup. Since 1978, a coach eliminated at the World Cup had not had his contract renewed with the national team. This time, he has already warned that he will not continue in office after the tournament.

In the period in which the coach regained some of his prestige, the team played 26 matches, with 21 wins, four draws and only one defeat — 85% success. The setback, however, was against rival Argentina, 1-0, in the final of the 2021 Copa América, also played in Brazil.

In the qualifiers for the World Cup in Qatar, the campaign was very smooth: 14 wins and three draws. There is still one game to be played – the duel with Argentina, interrupted at the beginning to retain visiting players who had entered Brazil in violation of Covid-19 prevention rules -, but the campaign is already a record.

With 45 points, the team achieved the best campaign in the history of the qualifying tournament in the straight points format, adopted in the race for the 1998 World Cup. The previous record was held by Argentina, which added 43 points in the cycle for the 2002 World Cup, in which failed.

Tite said the numbers have little effect in practice. “It’s more for the work, for the consolidation. Bielsa is a guy I really respect. Argentina has had a great campaign [nas Eliminatórias para a Copa de 2002] and then it came out in the first phase [da Copa]in a penalty committed by Heinze”, he recalled.

Tite has higher approval among Lula voters than among Bolsonaro supporters

The Datafolha survey allows analyzing the profile of Brazilians who approve of Tite’s performance in front of the Brazilian team.

The coach is better evaluated by those who declare their intention to vote for former president Luiz Inácio Lula da Silva (PT), with 52% of excellent or good. The margin of error for this range is three percentage points.

Among the voters of the current president, Jair Bolsonaro (PL), Tite’s approval rating is 42% (excellent or good), therefore below the general average for Brazilians, which is 47%. The margin of error for Bolsonaristas in the survey is four percentage points.

For Juca Kfouri, columnist for Sheet, “there is no surprise” in the fact that the technician has greater approval among the PT candidate’s voters. “He took the champion’s cup for Corinthians to Lula and went against the Copa America in Brazil in the middle of a pandemic. He also said he would not take any cup to Bolsonaro”, he recalled.

The 2021 Copa America was originally going to be split between Argentina and Colombia, but arrived in Brazil after both countries withdrew. At the time, the country was going through a critical phase in the Covid-19 pandemic, with only 10.7% of the population vaccinated, more than 470,000 deaths from the disease and the risk of a new wave.

For these reasons, the Bolsonaro government was heavily criticized for its articulation to host the competition. Part of the selection team expressed dissatisfaction with the decision – before releasing a manifesto that did not meet the expectation of being more resolutely contestant.

While there was still talk of the possibility of a boycott of the competition, Senator Flávio Bolsonaro (PL), Jair’s son, even called coach Tite a “hypocrite and asshole” of Lula. The tournament, as you know, was held.