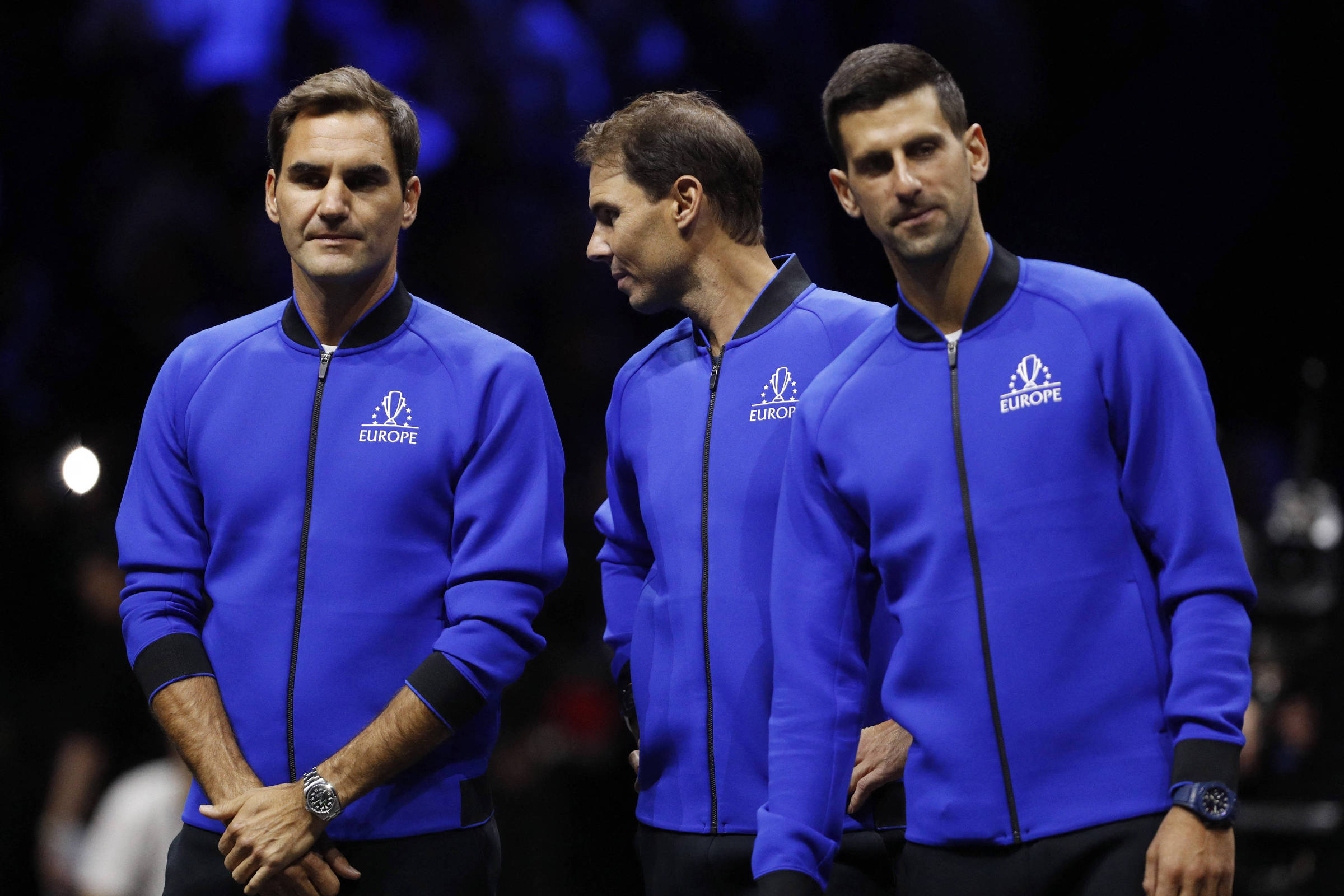 Alongside Spaniard Rafael Nadal, the Swiss’s final act on the ATP circuit will be in a doubles match with the biggest rival in his career for the Laver Cup. It is a friendly exhibition tournament that he himself created, through his management company Team8, in 2017, curiously, alongside a Brazilian: businessman Jorge Paulo Lemann, considered the richest man in the country.

Lemann has a fortune estimated by Forbes magazine at R$ 76.3 billion. Born in Rio de Janeiro, he is the son of Swiss parents and Federer’s neighbor in Zurich, where he lives.

He has been personally friends with the Swiss for more than a decade and is partnered in some businesses – one of them involving the competition itself.

Their partnership began when Lemann invited Federer to train on his grass court, identical to the one at Wimbledon. A former professional tennis player in his youth, the billionaire played in the main tournaments on the circuit.

They are also partners in the Swiss tennis brand On, founded in 2010 and which includes Marc Lemann, son of Jorge Paulo.

Federer has been a shareholder since 2019 and helped to attract attention to the project with the production of a sneaker that bears his name, called The Roger, with three models.

The name of the tournament, in partnership with the Australian Tennis Federation, is a tribute to Australian Rod Laver, one of Federer’s idols, winner of four Grand Slam singles tournaments in a single season: as an amateur, in 1962, and as professional in 1969.

The center court of the Australian Open, the season-opening Slam, bears his name, the Rod Laver Arena.

The Laver Cup brings together two teams: the Europe team, made up of players born on the continent, and the world team. Each group has six tennis players, who face each other in 12 games, nine singles and three doubles – one of which Federer will participate.

Despite not counting points on the circuit, the tournament is part of the ATP Tour and, traditionally, takes place two weeks after the closing of the US Open – this year won by Spanish Carlos Alcaraz.

For the last dance, Federer gathered the so-called “Big Four” to represent Europe. In addition to him and Nadal, the team includes Englishman Andy Murray and Russian Novak Djokovic. Together, they have 66 Grand Slams and 347 professional titles.

The opposing team is much less experienced. Together, they lifted 19 cups, with a much lower average age. 25.3 years against 32.6 for Europeans.

The team is formed by the Australian Alex de Minaur, the Argentine Diego Schartzman, the Canadian Felix Auger-Aliassime, in addition to the North Americans Taylor Fritz, Frances Tiafoe and Jack Sock. The latter two form the opposing duo for Federer’s match.

The Swiss will play just one match in the tournament to officially hang up his rackets. Then Italian Matteo Barrettini will complete the team. He hasn’t been on the court since July 2021.

During the announcement about the farewell game, the Italian physical trainer Pierre Paganini, who has worked with Federer for 22 years, even questioned the tennis player’s participation in an interview with the Blick newspaper.

He said that, at 41, Federer had reached his physical limit. “For me, it’s a miracle that he’s reached this level in the last five years,” he said at the time.

The tournament will take place from September 23 to 25, broadcast on ESPN and the Star+ streaming service.

All games are best-of-three sets, with the tiebreaker set being a ten-point tie-break.

If there is a tie at the end of the 12 games, with six wins for each side, there will be a last doubles game with a set and tie-break. There is still the possibility of one last exhibition game.

In 2009, Federer broke the open-era record held by Pete Sampras by lifting his 15th Grand Slam trophy. Following his career, the Swiss raised the bar in an unprecedented way in the sport, reaching a record 20 titles. Today, the tennis player is behind only Rafael Nadal (22) and Novak Djokovic (21).

Facebook
Twitter
Pinterest
WhatsApp
Previous article
The moment CNN asks Macron about Trump’s “sex dossier” – Video
Next article
In the cages, the apples of Kastoria remain unused – Producers are at an impasse