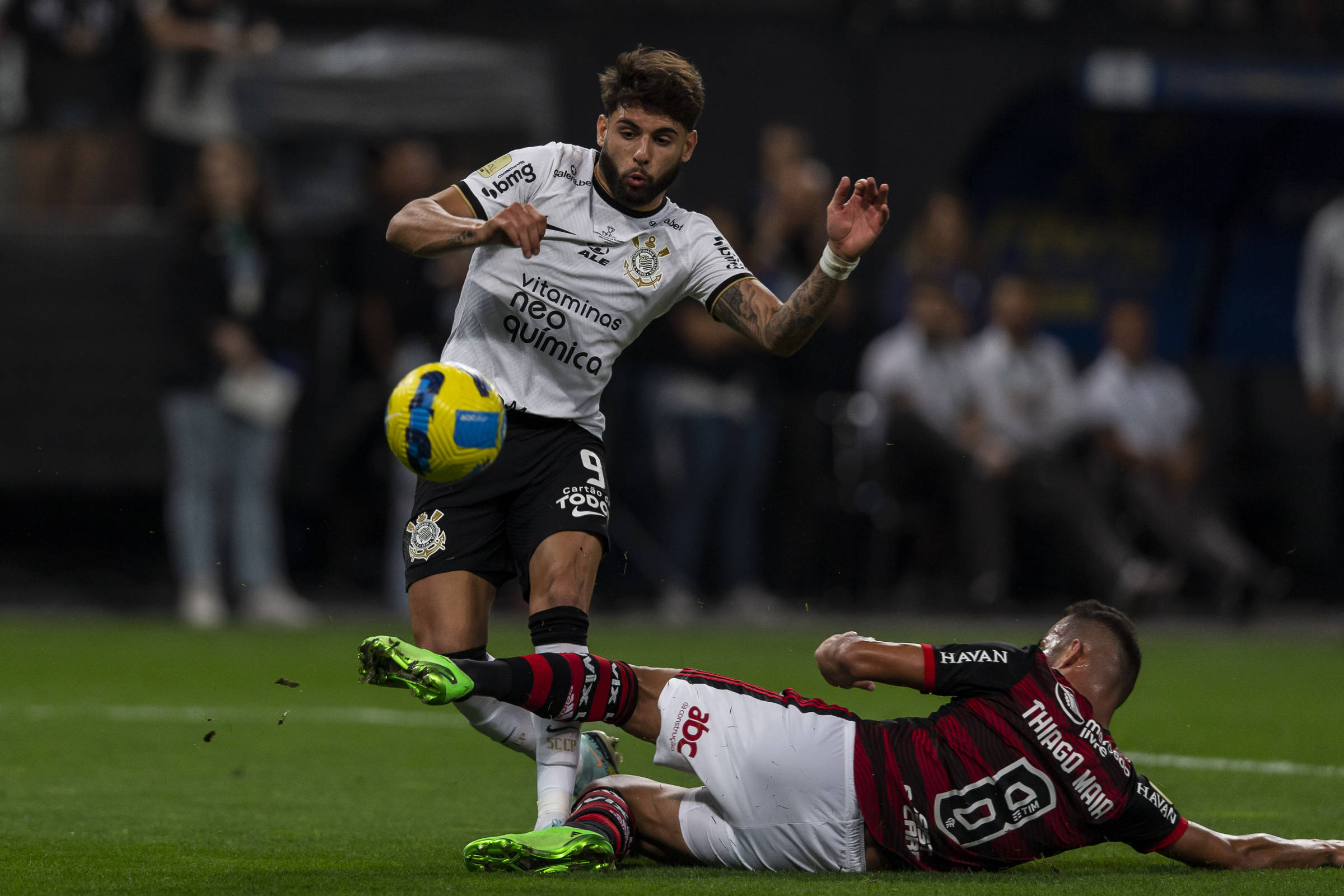 At a time when even the young singer Jão sings “the nights with you are good, talking bad about the same people”, the favorite sport in Brazil now is to discredit opinions, even on trivial matters.

It seemed offensive to say that Corinthians x Flamengo had a balanced duel, with more red-black goal threats.

This was the only consensus between Dorival Júnior and Vítor Pereira. Both considered the game difficult, equal, balanced. Although Flamengo kicked a ball on the post and forced Cássio to make two great saves against Gabigol, the clearest opportunity was saved by Thiago Maia, when he blocked a shot from Yuri Alberto.

Two of the four most dangerous moves took place on counterattacks, the aforementioned Yuri’s run and the tackle by João Gomes at Fagner’s foot, resulting in a pass to Pedro, and from this, to Gabriel. Cassio avoided the goal.

Playing at Maracanã in front of 70,000 fans gives Flamengo obvious favoritism. Only four of the 33 performances under the command of Dorival Júnior ended without a goal, but the last two with the Cup holders had the final whistle with a score of zero.

Internacional and Corinthians braked Gabriel, Pedro and De Arrascaeta with different styles and similar strategy. Mano Menezes and Vítor Pereira understood that congesting the central lane hinders the rival, for having the most decisive team in the country in plays in the middle.

Rodinei’s corridor is also blocked and Flamengo is forced to play more to the left.

Even so, a table or triangulation can decide the game for Flamengo, because talent is invincible. What remains for Vítor Pereira is to create obstacles for his opponent, who is much more talented. The Corinthians coach believes in this so much that he arrived in Goiânia saying to the fans: “We are going to win this Cup.”

Corinthians is inferior, but much more organized than it was six months ago. Their system with three midfielders and three forwards usually has Renato Augusto and Du Queiroz as midfielders. Against Flamengo, Du retreated three steps, to take care of the zone marking of De Arrascaeta and Éverton Ribeiro, along with Fausto Vera.

“It has space” is another mantra of Vítor Pereira, repeated at the press conference after the 0-0 draw on Wednesday (12). Flamengo plays the most offensive game in the country and it’s natural to have spaces left behind, especially when the forwards don’t put pressure on the exit.

João Gomes would help in this work.

Vidal doesn’t have the footprint. He has the talent. When he arrived, it was clear that he would play few times and very well when he was on the field. Last season, he was a starter for Internazionale in just two rounds of the Serie A and was named man of the match in the victory over Liverpool in the round of 16 of the Champions League in England.

The Milanese were eliminated and the English applauded Vidal. The flawless performance of the Chilean midfielder can be repeated at Maracanã and push Flamengo to the trophy, bathed in holy water and washed down with coarse salt by Vampeta — even that offended people.

If Vampeta rolled down the ramp of the Planalto Palace in front of the President of the Republic, wouldn’t he be up to something in Itaquera?

The question is whether Corinthians will be ready, as in their three Copa do Brasil conquests, all away from home.

Facebook
Twitter
Pinterest
WhatsApp
Previous article
Popular anger over rising inflation and fuel shortages in France- Protest march in Paris- See Images
Next article
Overdose kills more and more teenagers in epidemic with 100,000 victims a year in the US