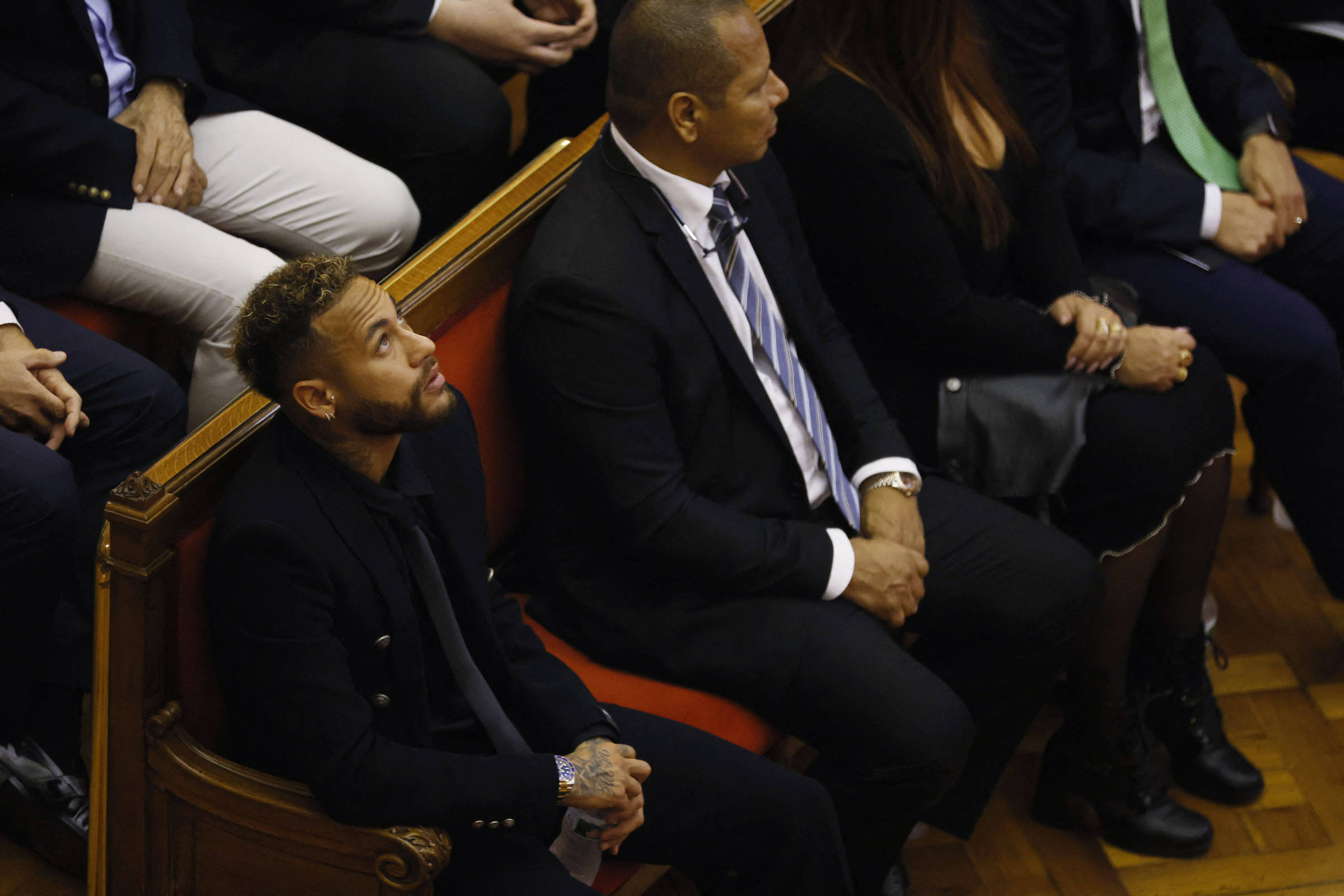 Neymar faces trial a month away from the World Cup

With just a month to go before the World Cup in Qatar, Brazilian star Neymar plays from this Monday (17) an uncomfortable match in Barcelona, ​​where the trial begins for alleged irregularities in his controversial signing by the Catalan club almost a decade ago.

The Paris Saint-Germain player, who left Barça in 2017, arrived in court alongside his parents, who were also prosecuted in the case.

The extensive judicial saga provoked by the transfer of Neymar in 2013 from Santos to Barcelona has a new chapter in a court in the Spanish city, with the beginning of the judgment of the action presented seven years ago by the DIS group, a fund that owned part of the economic rights of the athlete when he was a promising striker for the São Paulo club.

Neymar, who from November 20 will lead Brazil’s team at the Qatar World Cup, is accused of the crime of corporate corruption by the Public Ministry, which asks for two years in prison and the payment of a fine of 10 million euros (about BRL 52 million).

Alongside the PSG player, his parents are also prosecuted, former Barcelona presidents Sandro Rosell – for whom the MP requests five years in prison for corruption and fraud – and Josep Maria Bartomeu, as well as former Santos president Odílio Rodrigues. Son.

The other defendants are three legal entities: Barcelona, ​​Santos and the company founded by Neymar’s parents to manage his career.

All have been summoned to the first of seven trial hearings, which are expected to run through October 31.

According to the initial schedule, the player’s testimony is scheduled for Friday (21) or the 28th, like the other accused individuals. But the document does not indicate whether he will testify in person.

Before that, there will be another long-awaited testimony, when Real Madrid president Florentino Pérez will testify on Tuesday (18) by videoconference to explain, at the request of DIS, how the pre-agreement signed in secret between Barça and the player in 2011 influenced the market.

Barcelona initially announced that the hiring of Neymar cost 57.1 million euros (40 million for the family and 17.1 for Santos), but the Spanish court calculated that the operation cost at least 83 million euros ( R$ 431 million, at the current price).

For DIS – a sports investment fund that belonged to the Brazilian supermarket group Sonda –, Barcelona, ​​Neymar and, later, Santos allied themselves to hide the real value of the operation through other contracts that were left out.

The company, which acquired 40% of the player’s economic rights in 2009, received 6.8 million euros of the 17.1 million officially paid to the Brazilian club.

“Neymar Júnior, with the connivance of his parents and FC Barcelona, ​​and its leaders at the time, and Santos FC (…) defrauded the legitimate economic interests of DIS”, said Paulo Nasser, the company’s lawyer, who denounces that the player’s rights “were not sold to the highest bidder”.

As it considers itself doubly harmed, both for not having received its share of the real transfer and for the exclusivity contract signed by Neymar and Barça – which prevented other clubs from disputing the signing of the striker – the DIS fund asks for the refund of the 35 million euros. euros that you calculate you have lost.

As a private charge, the group asks for five years in prison for the player, Rosell and Bartomeu, in addition to millionaire fines.

Neymar’s lawyers argue, however, that the client did not commit any crime, since the 40 million euros corresponded to a “bonus of legal and customary hiring in the football market”, and question whether Spain has the legal competence to the case.