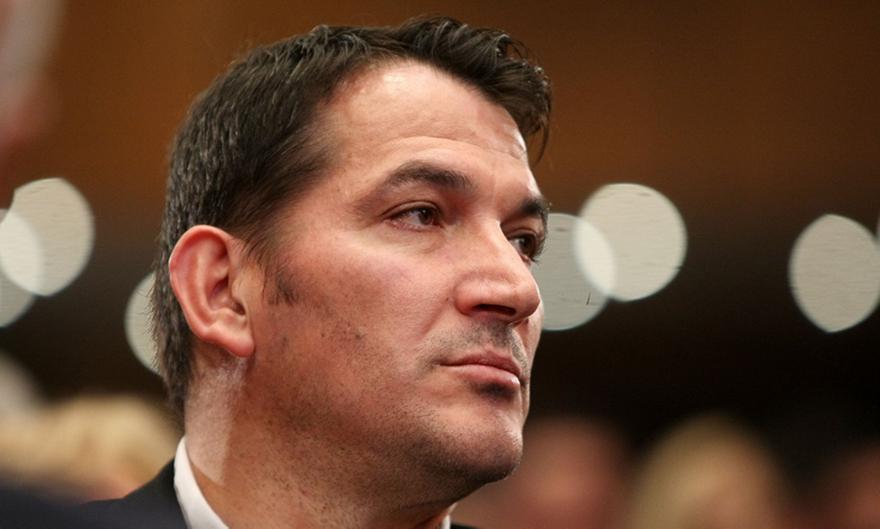 Seven members of the board of directors of the weightlifting federation speak in a letter about an irregular procedure in accepting the resignation of the president, Tasos Laga. Valerios Leonidis, Viktoras Mitrou, Leonidas Sampanis, Christos Spyrou and Yiannis Gerontas, the representative of the athletes Thodoris Iakovides and the President of the Association of Coaches, Steve Magoulas leave points for Pyrros Dimas implying that he pushed the outgoing president to resign.

This letter comes a few days after the presentation of the biography of Pyrros Dimas, which was not attended by any of the members of the “dream team”, not even the former federal coach, Christos Iakovou.

The letter in detail:

In response to the invitation, which we received on 18/10/2022 for our participation in the meeting of 19/10/2022, regarding the election of the president of EOAB, to replace the resigned Tasos Laga, we declare that the seven opposition parties, such as you are used to calling us, we will abstain from this particular meeting.

The reasons for this decision are as follows:

According to the current sports legislation, the election of the President of each federation is the ultimate expression of the sports associations which elect the President directly and separately from the other members of the Board.

The upgraded role of the President is in no way compatible with your hasty replacement of President Mr. Laga without investigating the real reason for his resignation.

In addition, the reason for his resignation and the right, not to accept it, from the other members (as is usually done in cases where there is a will not to accept a resignation) is his long-term participation in the Boards of Directors of EOAB as well as the union his efforts in recent years for any oppositions of the factions, a fact which we recognize with a common opinion always the development and dissemination of our sport.

It is noteworthy that in accepting his resignation, which you did with express procedures, you did not take into account the other members of the Board of Directors, given that you did not even wait for his meeting to formally and overall accept his letter of resignation, on the contrary, you immediately took care of publishing a press release in which you thank him with special … magnanimity for his offer, even stating that the door is open … but your “hasty” acceptance and replacement of him also show your real intentions.

We believe that it is no coincidence that Tasos Laga’s resignation happened after the unprecedented events of the beating of the Olympic Weightlifting Champion during recent competitions – which is one of the blackest pages of the sport in our country – as well as after the acceptance of the resignation of Odysseus Dimas from the position of the federal coach, following the complaints of the Albanian federation for his involvement in the two positive cases of doping of Albanian athletes.

In conclusion, our faction, respecting and always wanting to have the correct representation of its unions, since this is the purpose of our election, but also taking into account the positive offer of Mr. Laga’s term, requests that his resignation not be accepted. there should be an exploratory meeting with all the members of the Board of Directors from both factions, so that any possibility of his remaining in the body is “unanimously” received.

The members of the Board of Directors of E.O.A.B.