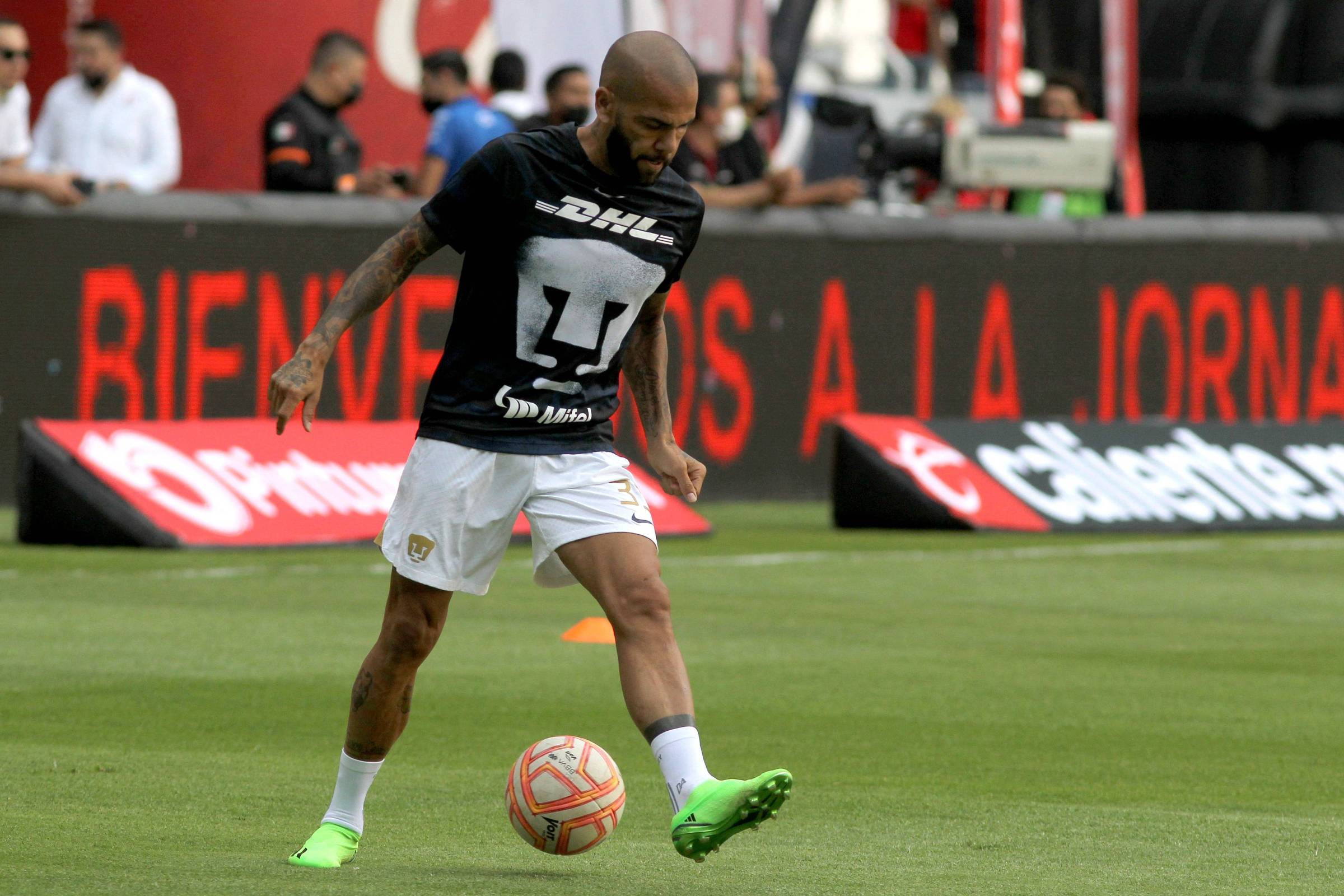 Daniel Alves’ call-up to the World Cup is the most questioned; Firmino stays out

Once the list of the Brazilian team for the World Cup was announced, the first question asked to Tite was about the call-up of Daniel Alves, 39. The question was repeated several times throughout the interview, at the headquarters of the CBF (Brazilian Football Confederation), in Rio de Janeiro, and the coach even got annoyed with a poll on Twitter that pointed to disapproval of the choice.

“What reference is Twitter with the millions of fans we have? I didn’t come to please those who are on social media. I respect divergent opinions and I’m not here to convince everyone. “Is there 220 million Brazilians? Respect, yes,” he said.

Other choices called attention, such as the inclusion of Martinelli and the exclusion of Roberto Firmino, but it was clear that the biggest challenge was in relation to Daniel Alves. The full-back, who has played just 12 games since joining Pumas in mid-year, has been criticized in Mexico.

“Daniel Alves’ criterion is everyone’s criterion. He rewards individual technical quality, rewards his physical aspect and brings his mental aspect. Just like the others. Some with more than one quality, others more than another”, said Tite, who said he was following the preparation carried out by the experienced player.

“He had low levels of potency and strength. This was told to him. I said that he needed to improve those levels, and he replied: ‘Mission given, mission to be accomplished, and it will be accomplished.’ finds fit”, declared the coach. “The full-backs in the Brazilian team don’t act as wingers. They are builders. There won’t be 60, 70 meters back and forth.”

With the choice of the veteran – who played in the 2010 and 2014 World Cups and was out of the 2018 due to injury –, Tite decided to take only four defenders (Thiago Silva, 38, Marquinhos, 28, Militão, 24, and Bremer, 25). One possibility, as had occurred in the last list for friendlies, was to call a fifth bek and leave Militão as an option for the side.

In the attack, the gaucho did not save. With the possibility of taking 26 players to Qatar, three more than in previous editions of the Cup, he used up the extra spots at the front. There are nine forwards, and the name that can be considered the most surprising is that of Gabriel Martinelli, 21, who has a total of 92 minutes in three games with the national team’s shirt.

“He has been one of Arsenal’s highlights in the Premier League’s first place. He is a player of the individual bid, of transition in speed. He had two calls up and remained at a high level. They could have other called ups. They are choices. , we need sharp players on the sides. This is the case with Martinelli”, explained the coach.

Roberto Firmino, 31, from Liverpool, does not have this characteristic and ended up being left out. Gabriel Barbosa, 26, Gabigol, was also not included in the list, unlike Pedro, 25, his teammate from Flamengo. The other forwards were as expected: Neymar, 30, Vinicius Junior, 22, Richarlison, 25, Antony, 22, Gabriel Jesus, 25, Rodrygo, 21, and Raphinha, 25.

Who also joined the relationship was midfielder Éverton Ribeiro, 33, from Flamengo. From what Tite had indicated, he was competing for a spot with Philippe Coutinho, 30, but the Aston Villa athlete suffered an injury last weekend and ended the doubt. The coach preferred not to say if he would be called up if he was physically fit to play in Qatar.

Richarlison, who suffered a muscle injury on the 15th, recovered in time to go to the World Cup. He will be registered with the number 9 shirt and has a good chance of starting the Cup as a starter. The team will perform for training in Turin, Italy, next week, and will debut in the competition on the 24th, against Serbia, in Lusail.

Facebook
Twitter
Pinterest
WhatsApp
Previous article
Mitsotakis: The port of Alexandroupoli is of great strategic importance, it is not for sale
Next article
Jojo Todynho will have bariatric surgery