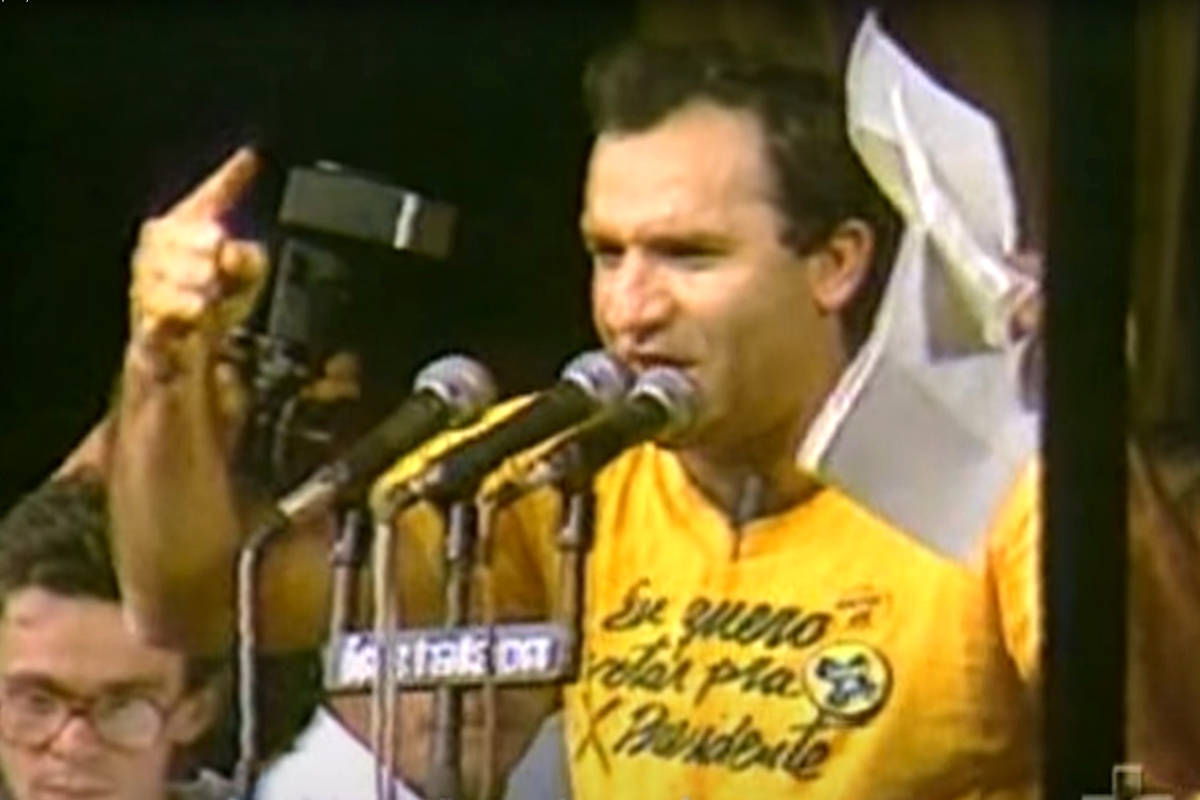 Míriam Leitão’s statement given to Jornal da Globo about what it was like to watch the 1970 World Cup in the midst of the darkest period of torture in Brazil is devastating: “I hope no one else has to cheer crying.”

She says she knew that someone was being tortured while Brazil was celebrating goals.

The passion for football survived.

Two weeks ago, the Spanish daily El País showed how the team’s yellow shirt was contaminated by Bolsonaro’s followers. I had already done the same report in 2018.

At the time, sociologist Ronaldo Helal argued: “This is great nonsense. The green and yellow of the shirt are the colors of Brazil. It makes no sense to deny them in response to their appropriation by political groups.”

Yellow is the color of Diretas Já and the shirt worn by Pelé and Garrincha.

Nobody protested or stopped cheering for the women’s volleyball team in the World Cup final against Serbia, dressed in yellow. Not even knowing that the generation that raised the level of volleyball, with William, Isabel, Vera Mossa, Bernard and Jaqueline, wore white or navy blue. Yellow became the color of volleyball later, from Barcelona-1992.

During the early years of the Franco dictatorship, the Spaniards played in blue, because the traditional red was reminiscent of republican troops in the civil war. The blue, chosen by the federation, painted the uniform of the army sent by Franco to fight for the Nazis in World War II.

No one has ever linked Iniesta’s goal kit to dictator Franco. Not even the image of Maradona, in heaven and white, with the World Cup in his hands, is related to General Videla, sentenced to life imprisonment for his crimes during the dictatorship, as shown in the film “Argentina, 1985”, with Ricardo Darin as the protagonist. .

It is now right to recover the relationship between yellow and the Diretas Já democratic liberation movement, when Osmar Santos, Sócrates, Casagrande, Rita Lee, Caetano and Gil took to the stage dressed in yellow.

Italy has just elected a far-right leader whose party is called Fratelli d’Italia. The expression, translated to Brothers of Italy, is the first verse of the national anthem. It is as if the government party was called Ouvirem do Ipiranga. Or as if someone had wanted to seize the verse Pátria Amada, Brasil.

The symbols are not those of patriots who lose an election and close roads, not to let gasoline reach gas stations and food on their plates. The flag and yellow shirt are ours.

Nobody is forced to cheer for the team at the World Cup. It’s not the Homeland of Boots. But we all have the right to do that and dress in whatever color we want to express our happiness in watching the best football on the planet, from any team.

In the closet, my already gigantic and proud collection of shirts has Milan and Internazionale, Barcelona and Real Madrid, Palmeiras and São Paulo, Flamengo and Vasco, Grêmio and Internacional, Ajax and PSV, Bayern and Borussia.

Why, then, can I choose a heavenly shirt from Uruguay, the heavenly white one from Maradona, the ten from Mbappé from the final against Croatia and the blue one from Iniesta, with the print of the South African Cup final?

All these I can take out of the closet.

Why, then, not use the yellow one of Brazil, without being confused with a member of a sect?

I want to see who pays, so we can stay like this.