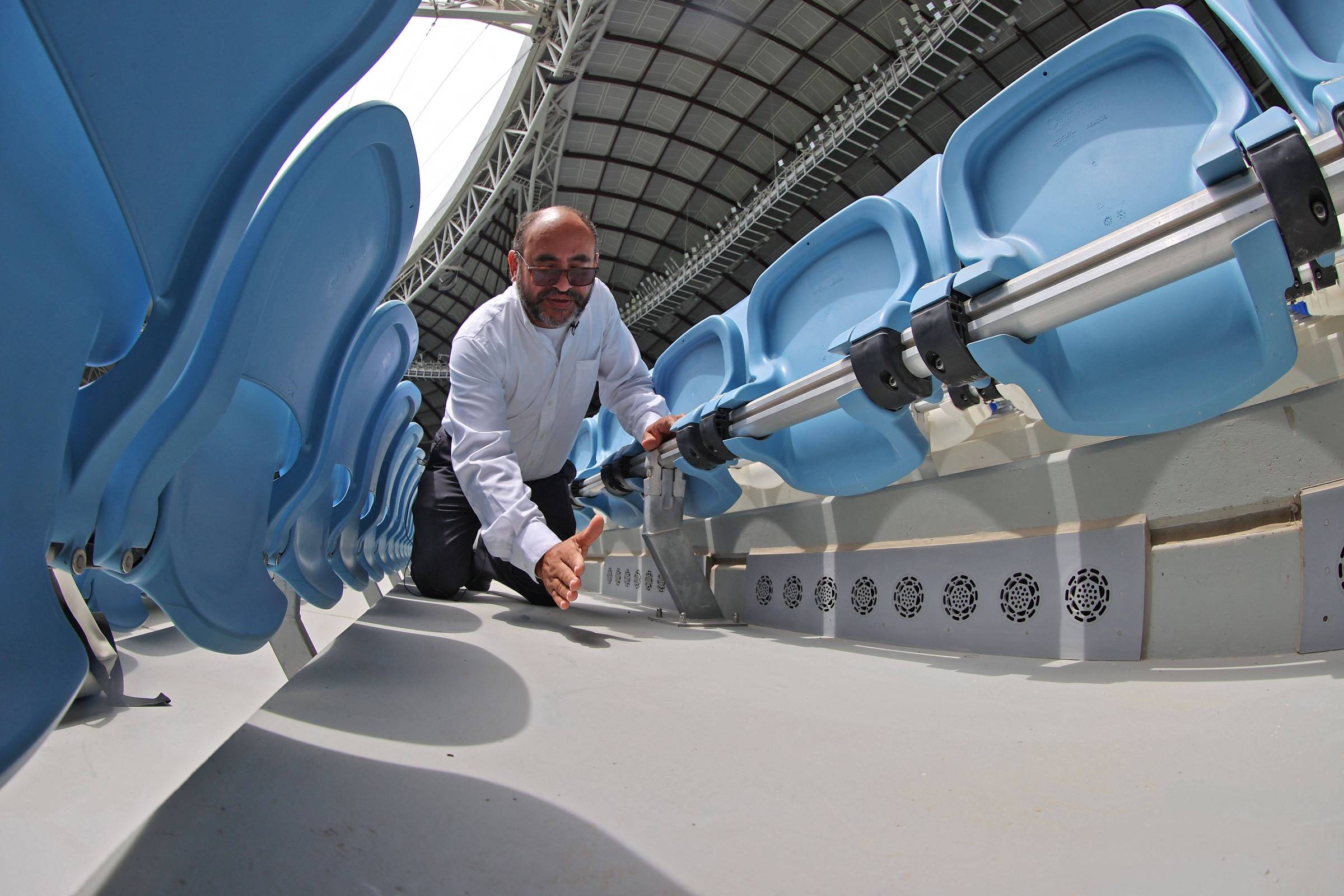 Opinion – The World Is a Ball: Will heat be martyrdom in the Qatar Cup games? No, thanks to Dr. refreshment

One of the concerns related to the World Cup in Qatar, since the country was elected to host the competition, in 2010, is the high temperatures in the Middle East.

So much so that, in a measure taken to try to get around the situation, Fifa decided to hold the competition at the end of the year, and not in the middle, as is customary.

The reason: to escape the scorching heat of the Qatari summer, in which thermometers easily exceed 40°C, making soccer practice inappropriate.

With the World Cup in November and December, temperatures drop but remain high. This week, the expected maximum is 32°C, and on Sunday (20), the day of the opening game (Qatar x Ecuador), it could reach 29°C.

Who cares about exhausted players on the field, begging for water and not in the physical condition to play until the end of the matches –this has been seen several times in the Australian Tennis Open–, can, however, relax.

Little was commented on the news, and that’s why many people don’t know, that seven of the eight stadiums that will host matches in the Qatar Cup are air conditioned.

So heat even just out of them. Teams can suffer from the weather in training, and fans in the streets. In the arenas, no.

World Cup stadiums have an air conditioning system that will ease the heat felt not only by the athletes but also by the fans who will be watching the games in person.

This is thanks to the work in the area developed by a professor at the University of Qatar, the Sudanese engineer Saud Abdul Ghani, who came to be known as Dr. Cool (Doctor Refreshment).

A text on FIFA’s website addresses the stadium’s air conditioning system, highlighting the topics of innovation and sustainability, and praises the performance of Abdul Ghani, who developed the cooling technology.

According to the World Cup organizer, “using solar energy, external air is cooled and distributed through panels in the stands and large nozzles on the sides of the field. The systems use insulation and punctual cooling to make them as ecological as possible” .

The Doctor. Refresco tells in the article how he arrived at the final result of his ventilation project: “My doctoral study focused on the air conditioning of a car, and we applied the same theory to the World Cup stadiums, but obviously on a much larger scale” .

He continues: “Our air circulation technique cools it, filters it and pushes it towards the players and fans. Each stadium is cooled to a comfortable temperature of around 20 degrees, with local cooling that reinforces our commitment to sustainability and the environment”.

The system is not patented, which means that anyone, whether public or private, anywhere in the world, can use it.

“This technology is a potential game changer for countries with hot climates. That’s why I made sure anyone can use it,” says Abdul Ghani.

One of the practical results, says the researcher, can be seen in farms, in which technology allows the efficient cultivation of food even in the hottest months of the year.

“I am very proud that this technology, which originated in Qatar, can be adapted by other countries and companies. It is one of the many gifts from Qatar to the world, resulting from the hosting of the World Cup”, concludes Dr. Refreshment.

The only arena in the Qatar Cup not to use air conditioning is 974, in Doha, which has natural ventilation.

Constructed from shipping containers and modular steel, Stadium 974 is collapsible. It is also the site of the second game of the Brazilian team, on the 28th, against Switzerland.