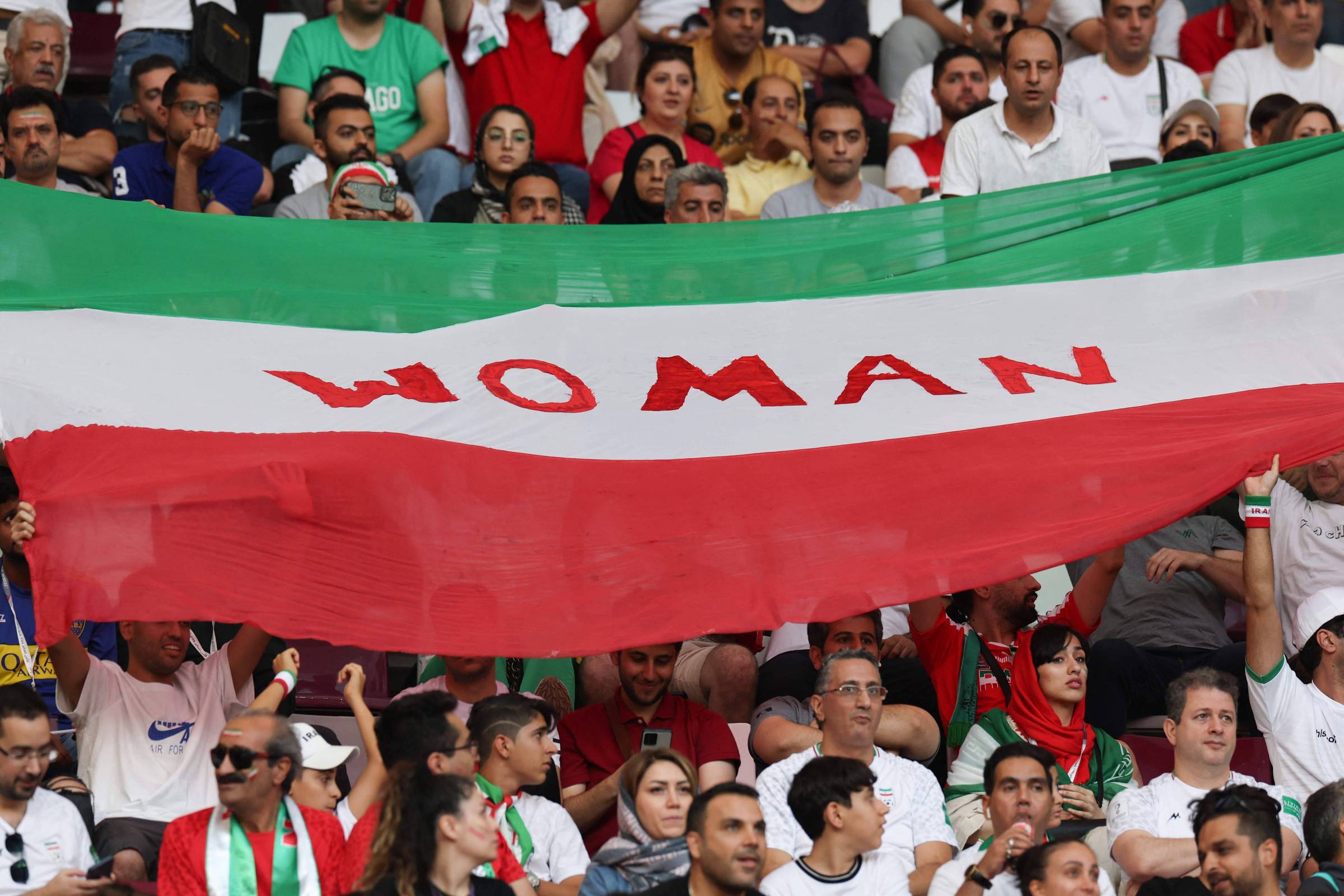 Iran fans brought to the stands protests in favor of women’s rights in the country and for justice for the death of Mahsa Amini, a 22-year-old Kurdish girl killed by the moral police in Tehran for violating a law that imposes a dress code. .

The presence of flags with political sayings violates Fifa’s determination that items with political, discriminatory content and offensive messages cannot enter the games.

The protests took place in the game against England on the afternoon of this Monday (21), at local time, at the Khalifa International Stadium, in Doha, capital of Qatar.

The game was the debut of the two teams in the World Cup and also marked the first political demonstrations in a tournament marked by issues related to human rights.

Iranian fans, in turn, carried flags with slogans such as “freedom for Iran” and “women”. In another, the words were “woman, life and liberty”.

The phrase refers to the chants of “jin, jiyan, azadi” (women, life, freedom, in Kurdish), chanted by a crowd at Amini’s funeral, in her hometown of Saqez, in Iranian Kurdistan.

Since her death, massive protests have gripped the country and become some of the biggest in the Middle East in years. Iranian women tore their veils in the streets to demand justice. The demonstrations are already the biggest movement against the regime since 1979, the year of the Islamic Revolution.

Local authorities claim that the young woman died as a result of a heart problem, but the family disputes this. Together with activists, they claim that Amini was attacked by the security forces and, as a result, died.

According to the NGO Human Rights Activists in Iran (HRAI), 402 people died during the protests. According to the organization, 16,800 people were arrested, with some sentenced to death.

Iranian fans are afraid to speak out about the regime because of the number of people killed, arrested and convicted. They believe there is a risk of being followed even outside the country.

Iranian Sara (not her real name), who was at the stadium, says that disrespecting the laws that establish the dress code is the least of the problems for women in Iran, who still suffer many oppressions due to the local government.

She, who lives in Tehran, took to the streets of her city. Her relatives do not support her, but allow her to express herself.

Passing through Qatar, a country that is also restrictive of women’s rights, but more liberal than other Islamic nations, makes her not want to return home.

“I want to change countries, but right now I’m staying to try to change”, he says. She is optimistic that women will gain more rights and the current president, the ultraconservative Ebrahim Raisi, will be overthrown. “The way it is, there’s no way to stay.”

It was expected that there would be political demonstrations in the game due to the visibility that the Cup can give to the protests that have taken over the Arab country in recent months.

The Qatari regime uses the event to try to clean up the image after human rights violations related to women, the LGBTQIA+ community and migrants who built the structures of the World Cup.

Facebook
Twitter
Pinterest
WhatsApp
Previous article
Bakoyannis: “The State itself is the biggest scammer in Greece”
Next article
Messi rules out fitness problems ahead of Argentina’s World Cup opener