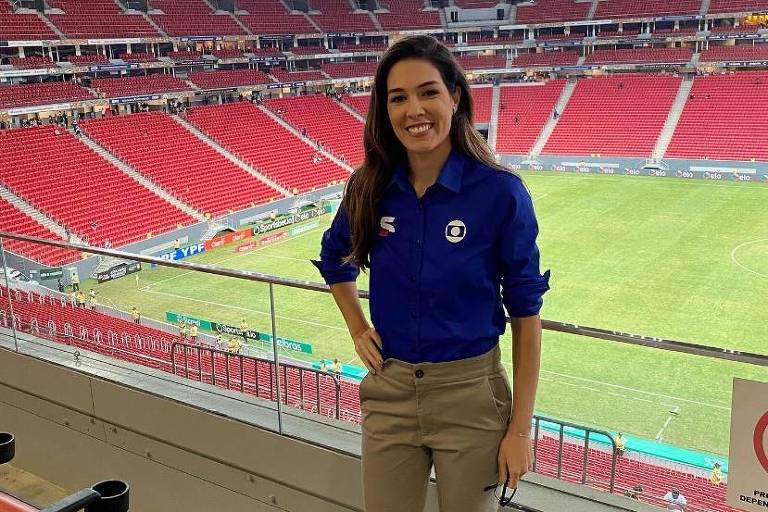 When Globo started broadcasting from Denmark and Tunisia this Thursday morning (22), for Group D of the World Cup in Qatar, Renata Silveira became the first woman to narrate a World Cup game on open TV.

“It’s going to be a very special day for two reasons. One, I’m going to become the first woman to narrate a World Cup match on free-to-air TV; and the other is that I’m going to narrate Denmark, and everyone knows, last year, in the Euro Cup, in the sudden illness that Eriksen had, I was there”, commented Renata in a video posted on her social networks.

Renata is referring to the duel between Denmark and Finland, for the Euro, played in 2021. The main Danish player, Eriksen, had a cardiac arrest and lost consciousness on the field. The 33-year-old narrator from Rio de Janeiro was in charge of the game and had to show the ability to manage the 11-minute period in which the midfielder received assistance.

“Being able to narrate Denmark and tell another story will be very special”, he added. The post already had over 14,000 likes at the start of the game.

This barrier had already been overcome in paid channels. In the 2018 World Cup, the extinct Fox Sports bet on simultaneous transmissions led by women. Isabelly Morais, Manuela Avena and Renata Silveira herself participated in narrations throughout the Russian tournament.

In the Qatar Cup, before the game this Tuesday (22), Natália Lara narrated for Sportv United States vs. Wales, on Monday (21), becoming the first woman to narrate a game of the tournament for the channel, which belongs to the Globo group.

Facebook
Twitter
Pinterest
WhatsApp
Previous article
Kanye West again running for president of the USA – Video with his far-right, controversial partner
Next article
Mitsotakis: Greece is predicted to have the largest reduction in public debt in the EU from 2019