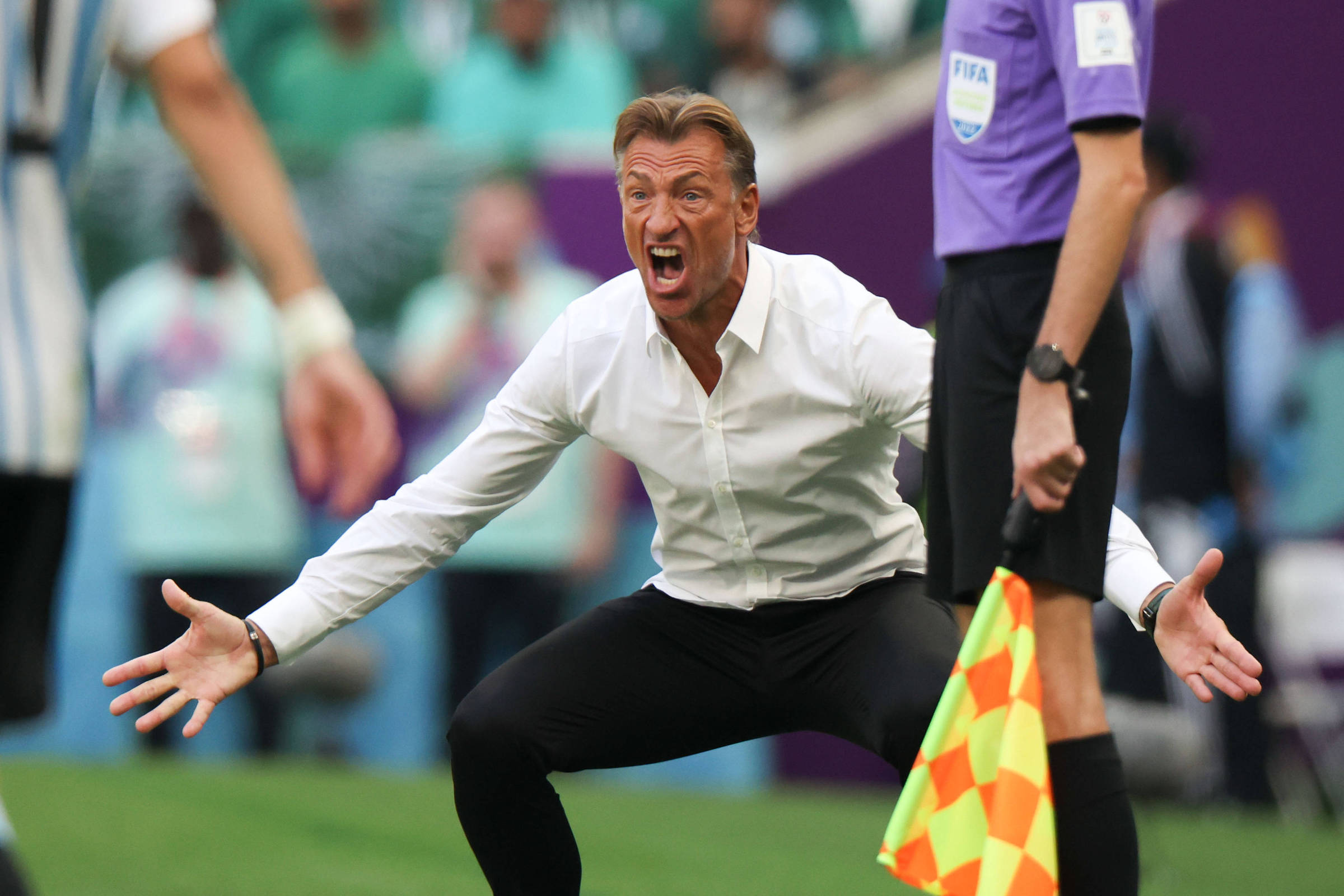 Hervé Renard was the architect of Saudi Arabia’s stunning 2-1 comeback victory over Argentina. A result that is included in the list of great upsets in the history of the World Cup and renews hope in the process of evolution of football in the country.

The 54-year-old Frenchman is responsible for part of that project and leads a renewed team, entirely made up of athletes who play in the Saudi national league. Al-Dawsari, responsible for the goal that defined the scoreboard, has been with Al-Hilal since the youth team, with a brief spell at Valencia, in Spain, where he played only once.

The coach, however, failed to achieve success in his own country. As a player in France, he didn’t go far and his most striking memories are the people he met in the youth ranks at Cannes: the legendary coach Arsène Wenger and the ace Zinédine Zidane, victorious on and off the pitch.

Renard initially withdrew from football after hanging up his boots. He opened a garbage collection company in France until he was invited to work as a technical assistant in Ghana. It evolved into works in France, England, Vietnam and Algeria. His name grew in command of Zambia.

In 2012, he won the African Cup of Nations title, the country’s first, over Ivory Coast, which was led by striker Didier Drogba. Renard decided to test the market and went to Sochaux, from France, but the job ended with the relegation to the second division.

His new success came with Côte d’Ivoire, where he also won the African Cup of Nations, in 2015. They called him the “white magician”, for his physical appearance and for always wearing white shirts and blue pants. It was because of his look that he was nicknamed the look-alike of Nikolaj Coster Waldau, who at the time played Jaime Lannister in the series “Game of Thrones”.

Renard decided to coach another French team, Lille, but the poor performance was repeated, and he was fired during the season. He coached Morocco at the 2018 World Cup and has been in Saudi Arabia since 2019. He helped qualify for this year’s tournament and had his contract extended to 2027.

Prince Mohammed bin Salman has the project of turning Saudi Arabia into a soccer power. Renard is part of this and has a good relationship with Salman, the first in the line of succession to the throne, occupied by his father, also Salman, 86 years old.

Appointed prime minister by his father and known by the acronym MbS, the 37-year-old prince is already the de facto ruler and has promoted civil advances in the country, but is also responsible for a strong crackdown on dissidents. His reputation was damaged by the murder of Saudi journalist Jamal Khashoggi at the royal consulate in Istanbul in 2018.

“When I decided to coach this team three years ago, I found all the support,” said Renard after the victory over Argentina. “We have a great president of the federation and also the sports ministry. When we met the prince (Mohammed bin Salman) he didn’t pressure us and that’s wonderful. Being pressured doesn’t often work.”

The result, according to the Saudi press, made Wednesday (23) a national holiday in all sectors.

Facebook
Twitter
Pinterest
WhatsApp
Previous article
France: Antiker killed a taxman who went to check on him and then committed suicide
Next article
‘Erasmo Carlos was a giant’: Celebrities mourn the singer’s death at 81