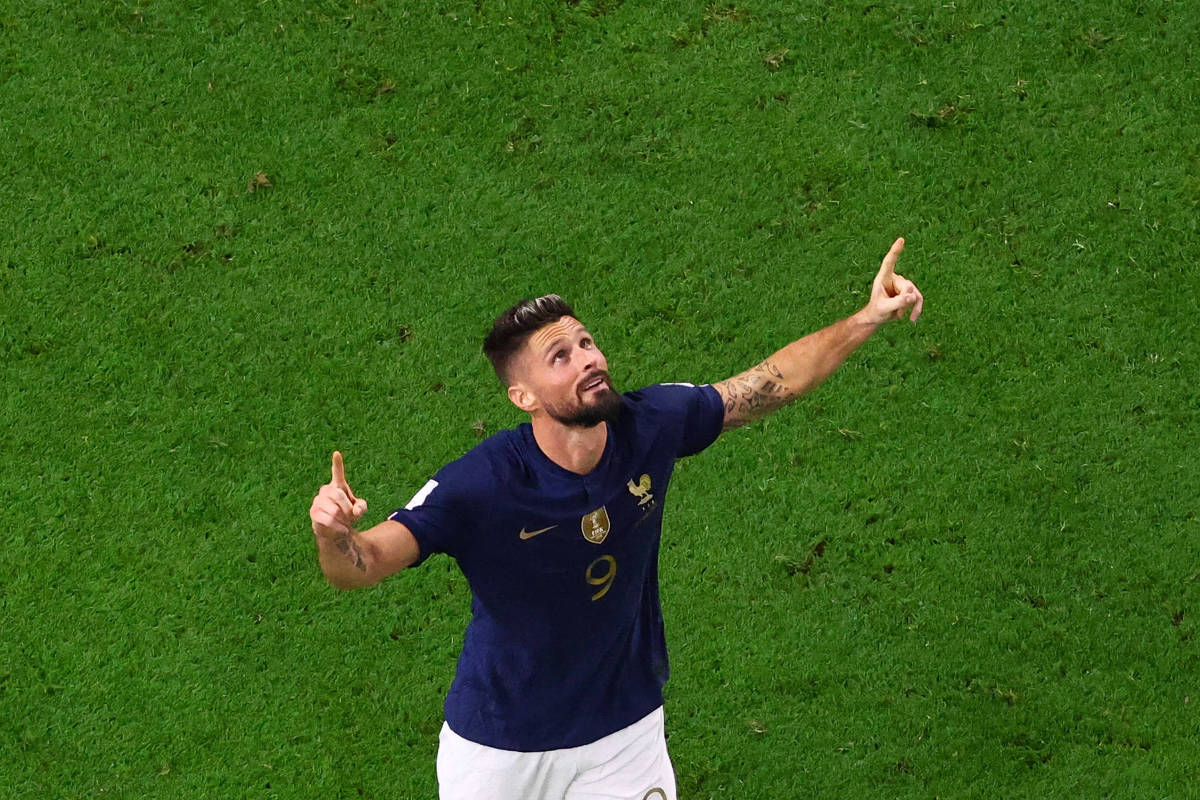 France shows strength and thrashes Australia with two from Giroud

Olivier Giroud played for 546 minutes at the last World Cup but left Russia a champion striker who failed to score a goal. In Qatar, he tried to get rid of the fast in France’s debut, against Australia, this Tuesday (22), at the Al Janoub stadium.

This time, the 36-year-old striker needed just over half an hour to find the net. And it was at an important moment for his team, turning the scoreboard.

Craig Goodwin had cleared the scoring nine minutes into the first half. Rabiot tied, at 27, and Giroud scored shortly afterwards, at 32. In the final stage, Mbappé, at 23, and Giroud, at 26, established the rout in the city of Al-Wakrah.

After failing at the 2018 World Cup, Giroud was taken to Qatar to be a substitute. The starting place belonged to Karim Benzema, but the newly elected best player in the world by the French magazine France Football ended up cut by injury.

The Real Madrid athlete expanded a list of important absences that France accumulated before starting the search for its third world title. Pogba, Kanté, Kimpembe and Nkunku also dropped out due to physical problems.

Didier Deschamps could have named a player to take Benzema’s place, cut out during the preparation of the squad in Qatar. But the coach chose not to and gave Giroud a vote of confidence.

For the captain, even when he doesn’t score, the number 9 is “useful for the team”. But that doesn’t usually satisfy a number 9, and the drought in the last Cup bothered him. When scoring against Australia, he wore a look that was a mixture of elation and relief.

Relief also showed Deschamps with a happy ending to a match that had started in the worst way. In Australia’s goal, left-back Lucas Hernández sprained his right knee. He was replaced, will undergo examinations and may be cut one more.

His brother, Theo Hernández, replaced him. And France managed to recover in the game from the disastrous start. With good passes through the middle, Mbappé’s skill and Giroud’s good presence in the area, he ended up proving to be far superior to the dominated opponent.

There’s still a long way to go, but for one night, the French just wanted to applaud Giroud. The striker’s special journey made him the top scorer in the history of the French national team, with 51 goals, alongside Thierry Henry.