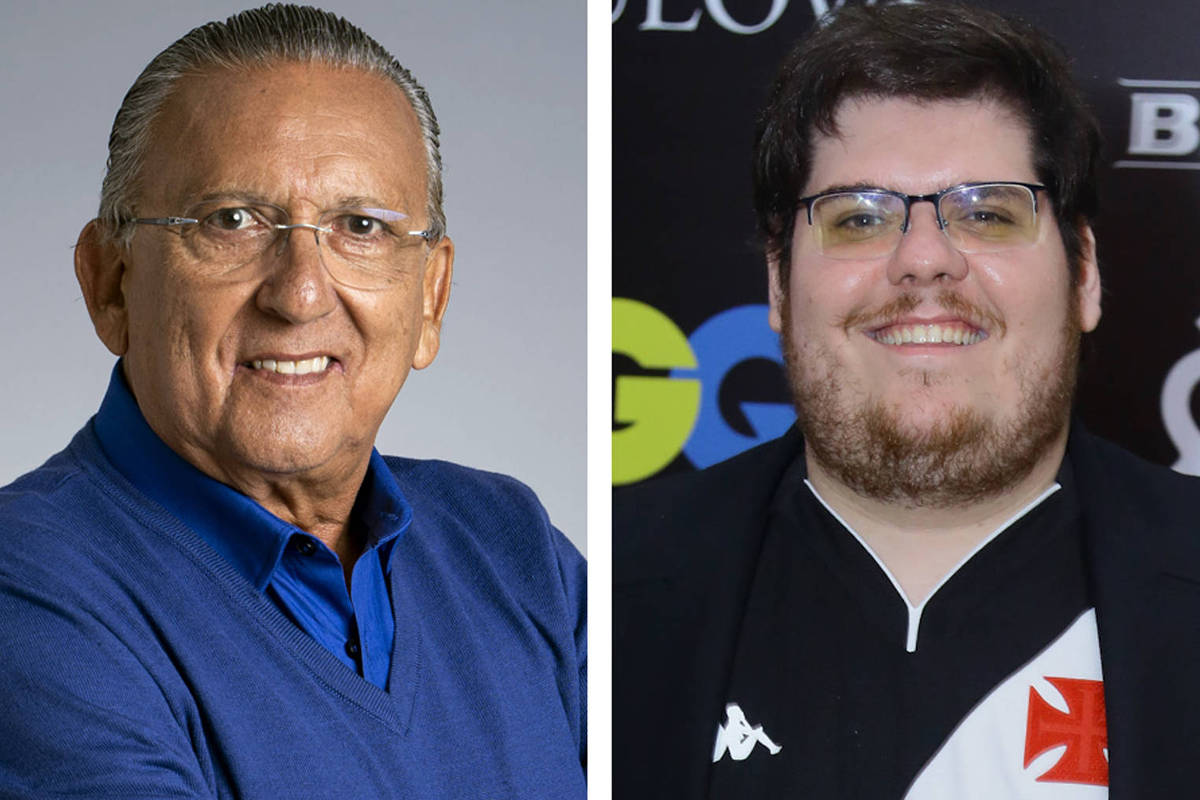 Opinion – Tony Goes: In the clash between Galvão Bueno and Casimiro, everyone emerged victorious

Who did better in the big clash this Thursday (24)? Galvão Bueno or Casimiro?

Ah, yes, there was also Brazil’s debut game in this World Cup, against Serbia. A tense match, which fortunately ended in victory for our selection.

But, as the ball rolled on the resplendent lawn of the Lusail stadium, the first direct clash between two giants also took place. On one side, Galvão Bueno, the most important Brazilian sports broadcaster, a position he has held for at least 30 years. On the other, Casimiro Miguel, a youtuber that many people only heard about this year, but with millions of followers on different platforms.

Galvão, aged 72, is in his 13th and last World Cup as a professional. After much drama behind the scenes surrounding the renewal of his contract with Globo, the veteran finally went to Qatar, where he will only narrate the games in Brazil. He still had his trip postponed because of Covid, which led him to be hospitalized the week before the opening of the Cup.

Casimiro, aged 29, is broadcasting his very first World Cup. But anyone expecting a semi-amateur scheme is wrong, with the influencer commenting on the game in his room. Cazé, as he is also known, passed this phase some time ago. His Cazé TV channel, which can be seen on YouTube and Twitch, has a structure that makes many conventional broadcasters envious.

It also has more audience. At the start of the second half between Brazil and Serbia, there were an impressive 3.2 million people watching the game on Cazé TV – the equivalent of 4.5 points on the PNT (National Television Panel) of Kantar Ibope, which measures an audience of 15 Brazilian capitals. A respectable number for any channel other than Globo.

The internet vibrated when Galvão Bueno released one of his cliché expressions, “contagious energy”, when calling images of Olodum in Salvador. “Finally, the World Cup has started!”, celebrated many netizens.

But Galvão also has many detractors, and several of them were following the match on Cazé TV. The comment bar, which rose rapidly next to the main YouTube screen, was full of attacks on the Globo announcer.

By the way, this bar is one of Cazé TV’s attractions, giving Internet users a sense of interactivity. Fleeting sensation, however: there were so many comments arriving at the same time that the speed of the bar did not allow to read almost any of them properly.

The curious thing is that Casimiro himself appeared little during the transmission of his channel. His interventions as a commentator were sparse, and the one who spoke the most was the great Luís Felipe de Freitas, formerly of TNT Sports, who narrated the game with a vibe worthy of the radio.

From time to time, profanity also escaped among the people of Cazé TV, something unthinkable in the venerable Globo. One more sign that Casimiro and his group are more aligned with the language of today’s kids than the leading broadcaster on free-to-air TV.

But there was one aspect in which Cazé TV did badly. Its signal on YouTube had a delay of about 30 seconds compared to what was seen on Globo. Watching the two streams at the same time was surreal, as at various times it didn’t seem like the same game was being shown. And what about the goals, which used to happen on open TV?

Contrary to what many expected, Galvão did not commit any notable gaffe. He has also taken it easy on Neymar, with whom he has recently fallen out. Listening to him narrate the game took the viewer into a comfort zone. We know his boastful style, his antics, his nagging. Knowing that soon we will no longer hear him on Globo creates an emotional farewell atmosphere.

Cazé TV, for its part, is the future that has already begun. Its transmission is nothing revolutionary, but it’s the small details that make it an attractive vehicle for the next generation. Casimiro is friendly and has great credibility, and sets the tone for the channel that bears his name.

At the final whistle, everyone came out victorious, catering to different audiences, from different generations. But it’s good to keep in mind that Galvão is on his way out, and Casimiro has just entered the field.

Facebook
Twitter
Pinterest
WhatsApp
Previous article
#Hashtag: Delay in streaming the Brazil game irritates fans on the networks: ‘Taking spoiler from the neighbors’
Next article
Opinion – PVC: The life of the Brazilian team goes beyond Neymar