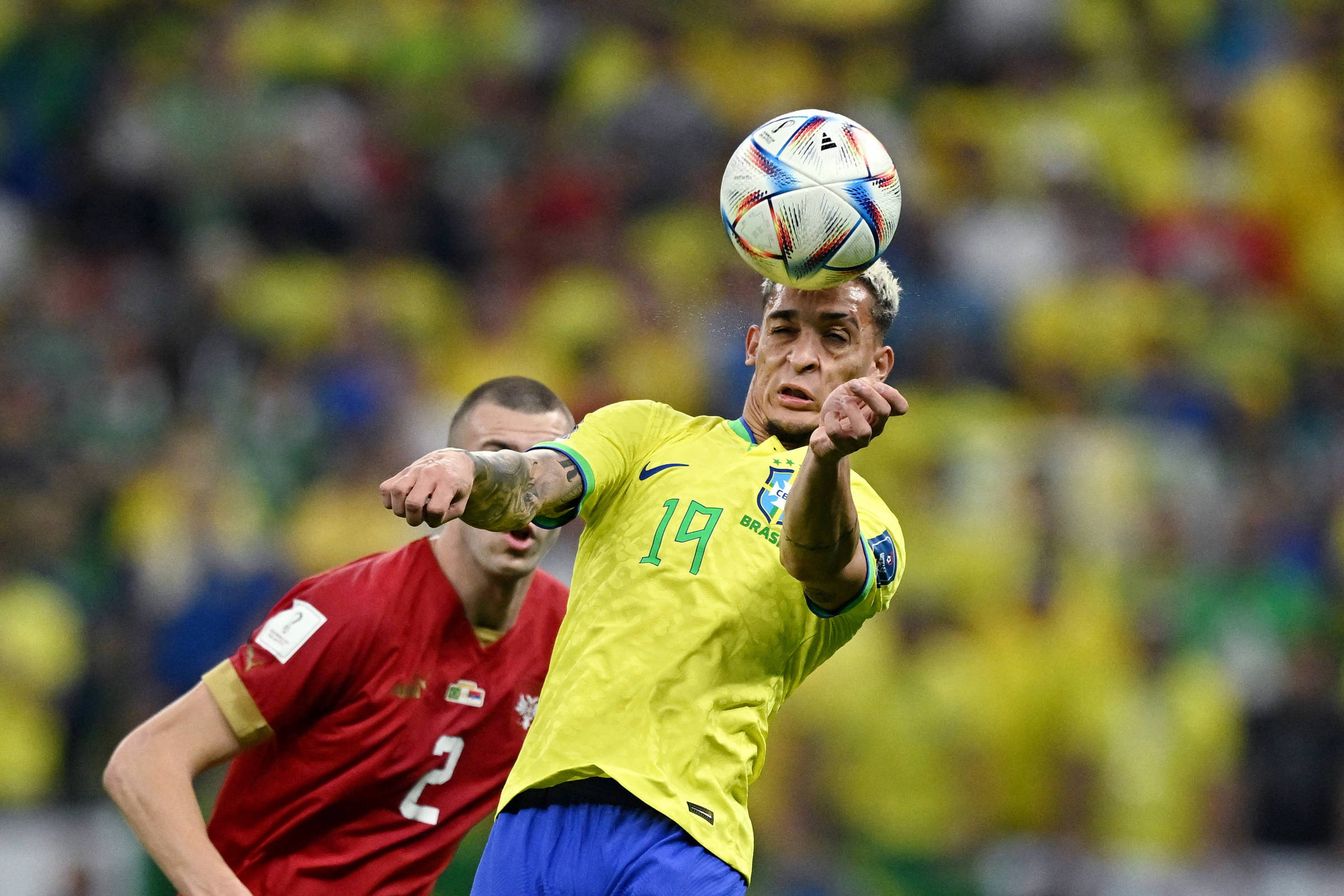 In the interviews with the Brazilian players in the mixed zone of the Lusail stadium, after the 2-0 victory over Serbia, the atmosphere was festive, mainly due to the final result.

Striker Antony, who replaced the injured Neymar in the second half, pointed out that the Brazilian group was already expecting a tough game against the Europeans.

“The World Cup is that. We have to be prepared for it, especially mentally. We know that the first game is the most important and we take that step. Winning three points is very important and now it’s time to focus on the second. game”, said the striker. “May we also win the three points in the second game so that we can take an important step towards qualifying.”

Tite’s surprise in the team that started playing, striker Vinicius Junior had a direct participation in both of Richarlison’s goals. In the first, he kicked and the teammate completed after a rebound from the goalkeeper. In the second, he gave the right pass for the number 9’s goal.

Therefore, he said he was very happy to debut in Cups in this way. “With the victory and with the right foot, it couldn’t be better. I waited 22 years to get here, with a lot of work, and I’m very happy to be able to help the team in the first game and come out with the victory”, he told SporTV.

“The path is long. There are seven finals and we have already won the first”, he concluded.

Another one who highlighted the good preparation of the team from Canarinho was left-back Alex Sandro. “We are always prepared for adversity. We know that Serbia uses aerial balls a lot and the players make a lot of physical contact, but we are also prepared with or without the ball”, said the player, who took the opportunity to praise the help of the attackers. “You have to congratulate the attackers, who were fundamental today in our defensive part.”

The player also made a general analysis of the match and expressed a special wish.

“In my point of view, we had a great first half. We knew that Serbia would go down with our movement. So, things started to work out more well in the second half. We managed to score the goals. I hope that in the next opportunity that ball in the grab the goalkeeper and go into the goal”, jokes about the shot he took and hit the Serbian post.

Defender and captain Thiago Silva made it clear that the victory helps to alleviate the pressure for results in the next rounds.

“It was a very important victory. We know how important it was. In the last World Cup, we started with a draw and we had enormous pressure to win the second game. Today, with the good victory and the good performance, mainly in the second time, gives confidence for the game against Switzerland.”

Holder at the right end of the selection, Raphinha commented on the moment he missed a great chance to score and ended up showing dejection after the bid.

“I want to score goals in every game. It’s normal to lower my head at that moment, thinking I could do it. Unfortunately, I didn’t manage to, but I’ll work to do it in the next game.”