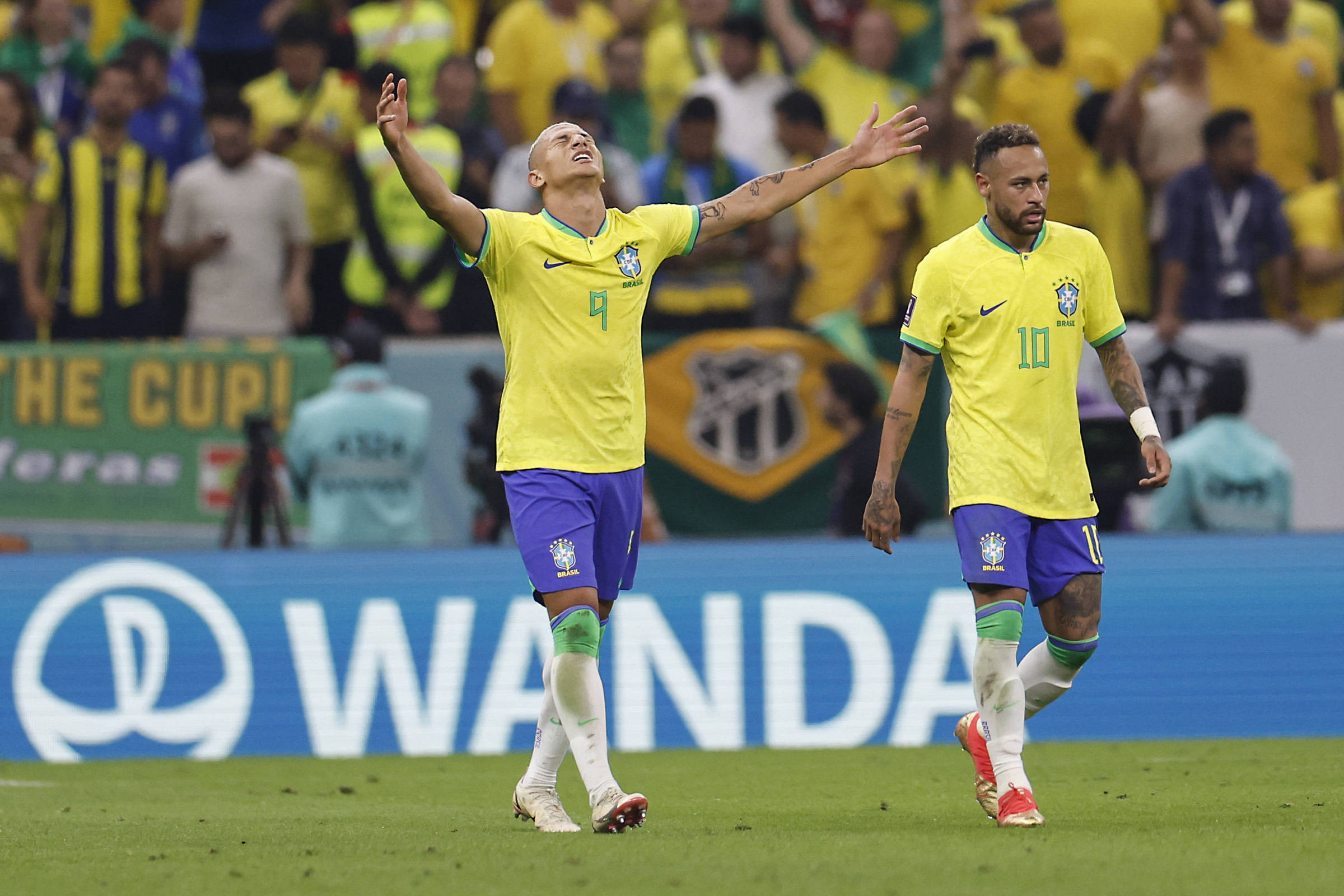 The striker Richarlison, who scored two goals for Brazil in the victory over Serbia this Thursday (24), completes the sextet of players with two goals at the end of the first round of the 2022 World Cup.

Next to the Brazilian are the Frenchman Olivier Giroud, the Ecuadorian Enner Valencia, the Englishman Bukayo Saka, the Iranian Mehdi Taremi and the Spanish Ferran Torres, all with two goals scored.

In the 16 games played so far, 41 goals were scored, with France, in the 7-0 thrashing of Costa Rica, and England, in the 6-2 over Iran, being the great highlights.

Check out all the goals so far in Qatar: