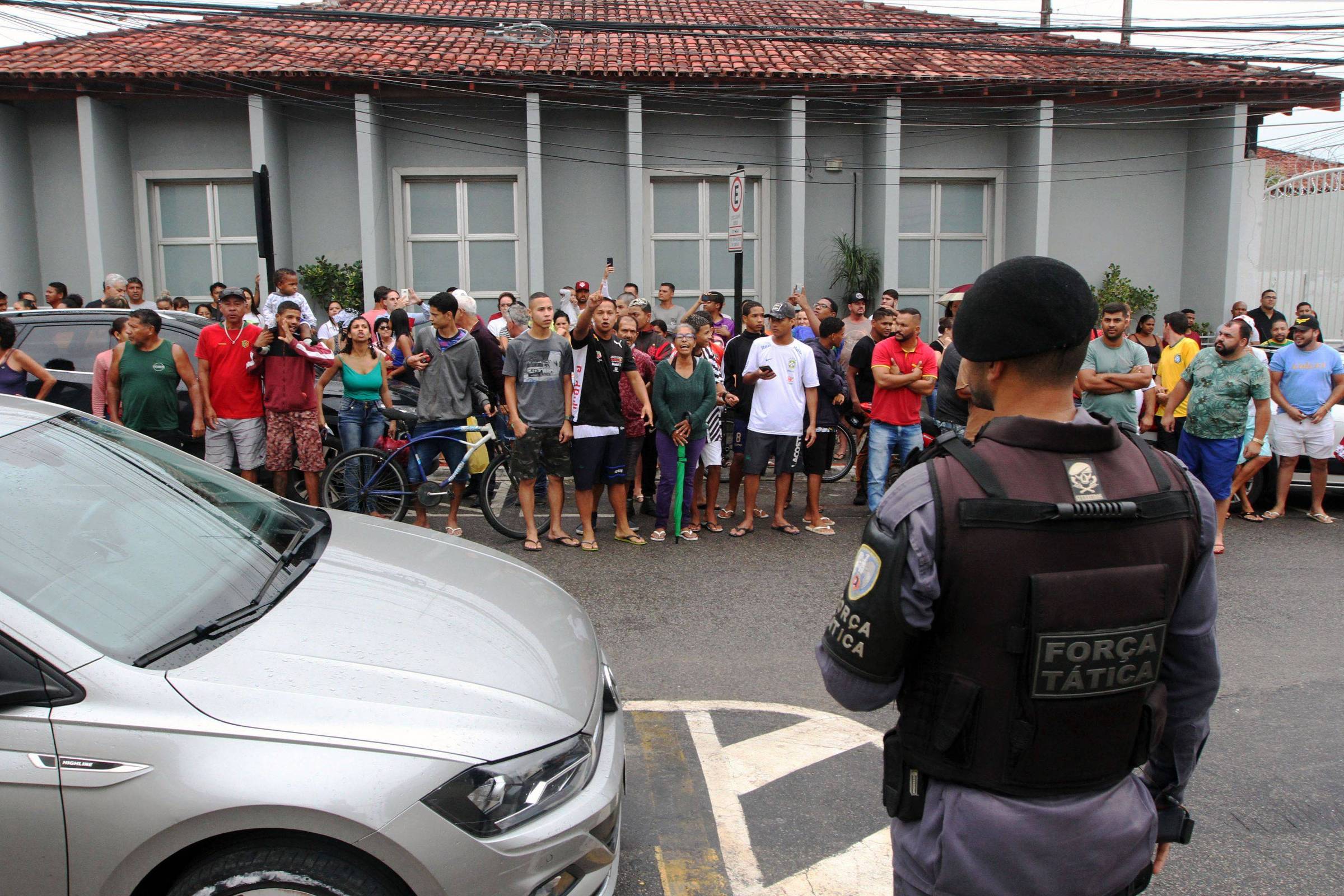 Striker Richarlison, scorer of two goals for Brazil in the debut of the selection in the World Cup against Serbia, used social networks to sympathize with the victims of the attack on two schools in Aracruz (ES), on Friday (25) , which caused the death of three people.

The number 9 of the Brazilian national team published a text about the case this Saturday (26) about violence.

“My solidarity and sadness for what happened yesterday in my state, in Aracruz. Teachers and a dead child. Something impossible to believe that it still happens. Much strength and affection for families and friends”, he wrote.

Richarlison, who currently plays for Tottenham, in England, is from Espírito Santo. The player was born in Nova Venécia, about 180 km away from the capital Vitória.

On Friday, shooting attacks on two schools, one public and one private, in Aracruz left three dead and 11 injured. Four of the injured, including a child, are hospitalized in serious condition.

A 16-year-old former student, transferred in June from the state school and the son of a military police officer, was apprehended on suspicion of committing the crime. Materials with the swastika, a Nazi symbol, were collected from his home.

The attacks were recorded at Primo Bitti and Centro Educacional Praia de Coqueiral schools, close to each other, in the municipality of 104,000 inhabitants in the interior of Espírito Santo.

The action began at the Primo Bitti public school, where two people died and nine others were shot, according to Espírito Santo Secretary of Public Security and Social Defense, Marcio Celante.

The shooter entered the premises around 9am after breaking a padlock. The action took place inside the teachers’ room. Teachers Cybelle Passos Bezerra Lara, 45, and Maria da Penha Pereira, 48, died.

After the initial attack, he drove to the Praia de Coqueiral Educational Center, which is private and located on the same avenue, about a kilometer away. At the scene, the teenager made three more victims, all students. One of them died.

Richarlison is quite active on social media. In 24 hours, after Thursday’s goals in Brazil’s debut, the striker gained 4 million new followers on Instagram, an increase of 52.49%, according to data from the Buzzmonitor and Socialblade platforms. From 7.6 million to 11.6 million.

After the game against Serbia, one of the stories that drew attention was the help he gave to pay for the surgery of a man with Parkinson’s disease, in 2017.

At the time, the attacker offered to donate an autographed shirt to be drawn and thus help raise the amount for the operation. On Twitter, Laryssa, owner of a page dedicated to the singer and actress Anahi, recalled the story and showed prints of the conversation with the capixaba.

Richalison financially helps Instituto Padre Roberto Lettieri, an institution for sheltering children and adults undergoing cancer treatment in Barretos (423 km from São Paulo). He also donated a boot to be auctioned and help with scientific research at USP (University of São Paulo) in the fight against Covid-19.