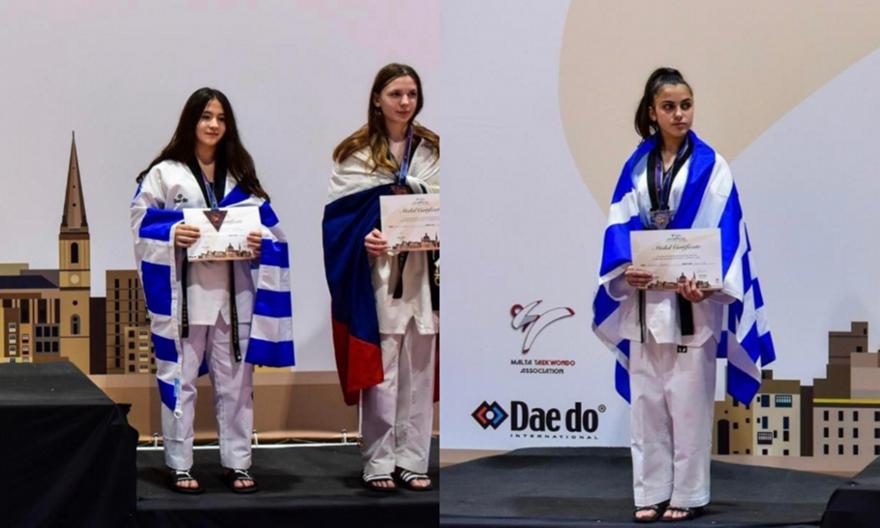 Ready for a new medal record in the European boys/girls championship, is the Greek Olympic taekwondo. With the two he won yesterday, he reached seven in the Malta event, tying the record he holds from last year in Estonia and now tomorrow, the last day of the games, he is preparing to “disappear”, thus giving the mark of the serious and demanding work that done in the productive age groups!

The protagonists of yesterday’s two medals were Despina Nalbantis, who was 2nd in the -41 kg category, and Nefeli Sofi, who won the bronze medal at +59 kg. Now Greece counts two gold, three silver and two bronze medals, in an event where a total of 401 sportsmen and women participate.

For Nalbandi, this was the second major medal of the year, after a few months earlier, in Sofia, she had taken 3rd place in the World Girls Championship. On Sunday in Malta, with three consecutive victories she reached the final of the -41 kg category (21 athletes), where she lost the victory and the gold medal to the Croatian Graovac.

Sophie celebrated her maiden European championship medal. With two wins, she reached the semi-finals, where she was invited to face the athlete who led the category, Sevic from Serbia. The defeat in the foursome did not stand in the way for the Greek athlete to achieve her goal, which was none other than winning a medal in a category (+59k) where a total of 18 athletes participated.

In addition to the two medals, Greece saw two more athletes reach the threshold of the podium yesterday. Paraskevi Kalogirou was 5th at -33 kg, as was Lambrini Anna Asimaki at -47 kg.