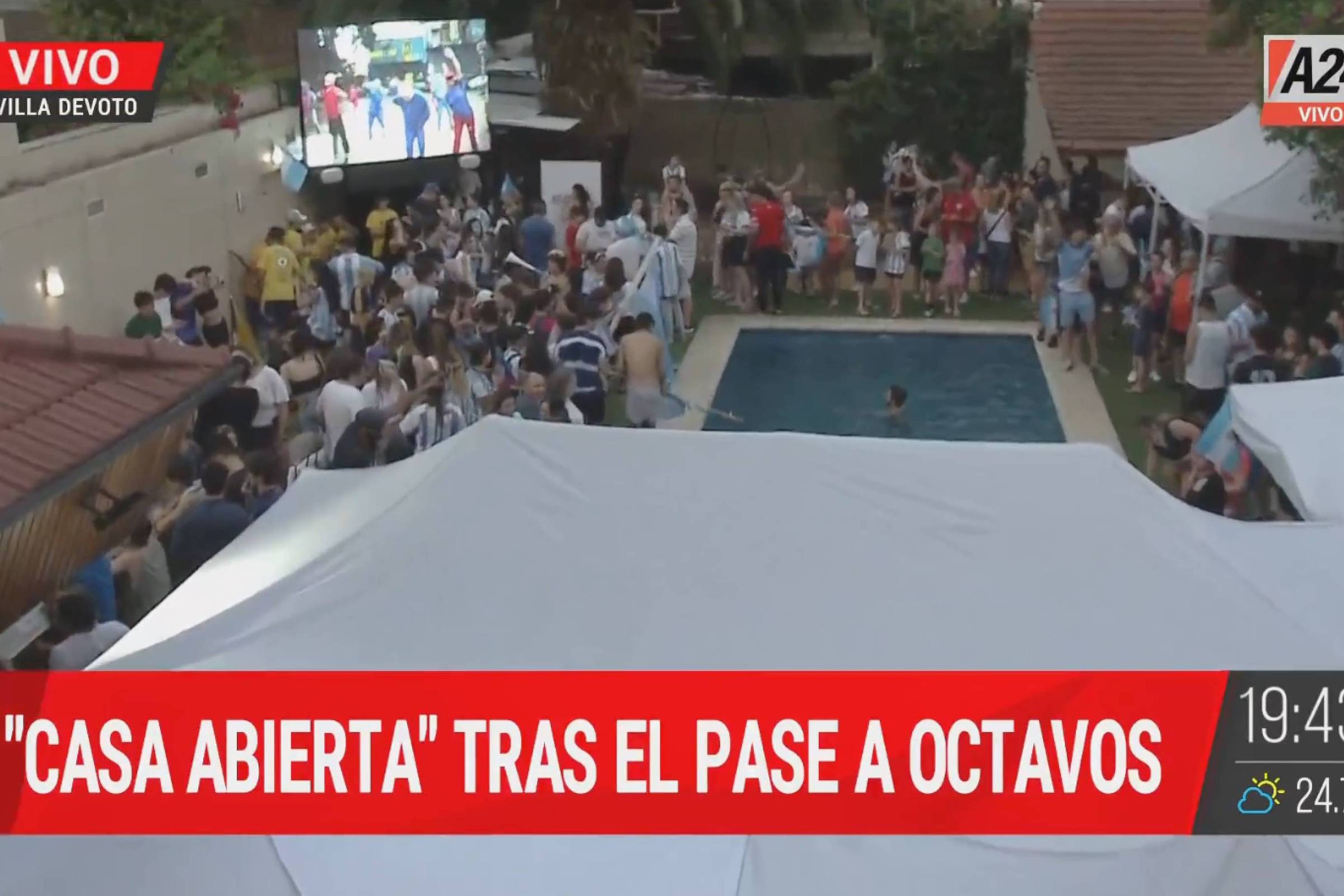 The celebration of Argentina’s qualification to the round of 16 of the World Cup was such that not even Diego Maradona’s house was missed. Former residence of the mythical shirt 10 was used to receive fans and in a big barbecue. The images of the celebration won the social networks.

The house, located in Villa Devoto, a neighborhood in Buenos Aires, was bought by a group of friends because it was threatened with demolition. Maradona gave the house to his parents in the 1980s.

According to the Argentine media, for the game against Poland, the new owners prepared a large barbecue, with about 80 kg of meat of various cuts. There was also plenty of drinking, as well as a screen and chairs for people to watch the game.

The pulsating rhythm of the match mingled with the house party, full of football, music and songs alluding to Maradona. Some rejoiced, others wept, but all experienced the symbolism of Maradona and the Argentine national team. Most did not even believe they could enter there.

Clarín, an Argentine newspaper, says that people asked if they were really supposed to go in, they received a positive answer and the locals started drinking.

Argentina’s victory embodied a moment of great expectation for the country, as it should be Lionel Messi’s farewell to World Cups, in addition to the anniversary of Maradona’s death, on November 25, to whom all tributes are paid. A hug between the greatest, celebrated on and off the pitch.

Facebook
Twitter
Pinterest
WhatsApp
Previous article
Renault: Nissan remains in discussions with Renault on the alliance, says its CEO
Next article
In a rare condition of unemployment, Cristiano Ronaldo sees his name on the radar of alternative markets