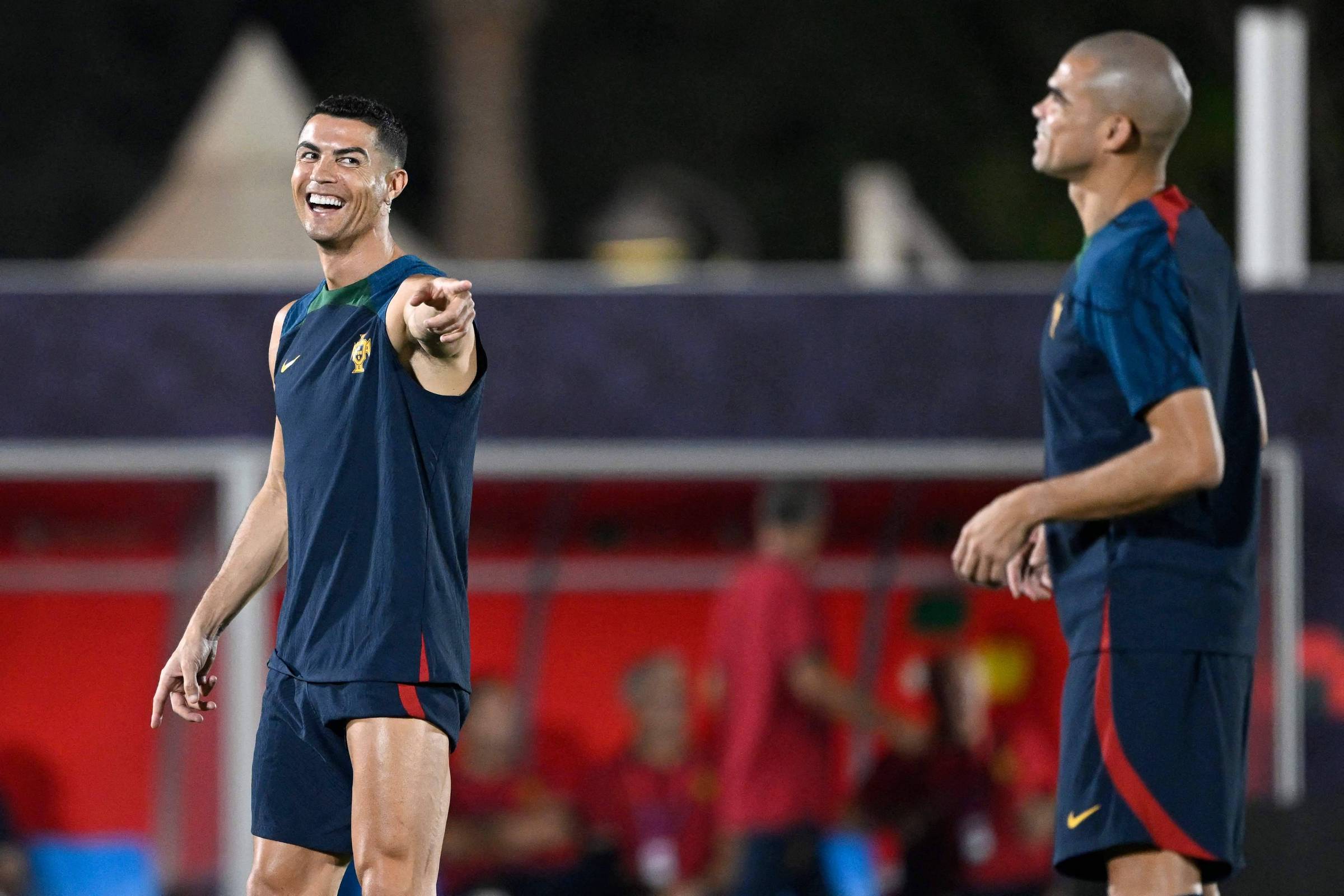 Pepe was not even 18 when he left Brazil. Formed at the base of Corinthians Alagoano, he moved to Portugal without having gone under the radar of the big Brazilian clubs.

In Funchal, on the island of Madeira, it took him less than a year to rise from junior to professional at Marítimo, in 2002, when he started to stand out and met José Diniz Aveiro.

Diniz, who worked near the Marítimo field at the time, and Dolores, his wife, never tired of making proud comments about their son, Cris, at the time at Sporting.

That same year, the paths of the two boys would cross for the first time, when the defender had the chance to test in the Lisbon team. They shared the same room in the clubhouse.

It was there that a long friendship was born between Pepe and Cris, later known worldwide as Cristiano Ronaldo.

Sporting, Real Madrid, the Portuguese national team, the home of one, the home of the other. All these environments became common for the duo.

For 20 years, the Portuguese-Brazilian defender and the striker have cultivated a strong bond, which is in turn linked to the main achievements in the history of the Portuguese national team and also one of the foundations of the team that competes in the World Cup in Qatar.

Already qualified for the round of 16, the Portuguese will face South Korea this Friday (2), at 12h (Brasília time), at the Cidade da Educação stadium, in Al-Rayyan.

While the Asians need to win to advance, the Europeans are looking for a draw to confirm the leadership of Group H. Winning, they will maintain 100% advantage after triumphs over Ghana (3-2) and Uruguay (2-0).

The campaign so far is consistent. The highlight is Bruno Fernandes, author of two goals and two assists. But, despite their ages, the presence of Cristiano Ronaldo, 37, and Pepe, 39, is essential for players like the midfielder to be able to act freely.

Leaders of the squad, the two are respected by their opponents and try to transmit security to their teammates.

“Pepe is part of this team’s furniture. I’m a friend of his, we met at Sporting 20 years ago. I like it when he’s here [na seleção]🇧🇷 As one of the captains, everyone respects him and knows his importance”, praised Cristiano Ronaldo.

Success for the national team began in 2007, when Brazilian coach Luiz Felipe Scolari brought the duo together for the first time.

At the time in Porto, the Brazilian defender was highly valued and obtained Portuguese citizenship to defend the country in which he lived.

The meeting in the selection fulfilled what had remained almost in Sporting. At the Portuguese club, although he was praised in the trials, he was not signed. According to Leonel Pontes, head coach of the Lisbon team at the time, the reason was financial.

“When I saw Pepe train, he had a lot of quality”, the coach recalls to Folha. “When the president of Marítimo gave him the freedom to go train at Sporting, he defined a value in case of purchase. But, when he realized that Sporting really wanted him, he ended up changing that value. Sporting did not accept it”, he says.

The union with a club shirt would only occur, in fact, years later, in 2009, at Real Madrid, when Cristiano Ronaldo was signed by the Spanish team and found his friend. The Luso-Brazilian had arrived in 2007.

They spent almost eight years together at the club, until 2017, when Pepe moved to Besiktas, in Turkey. Alongside his friend, during the white period, among other titles, the defender won the Champions League three times and the Club World Cup twice.

The friendship remained and is notorious in the national team, where they remain close. In group training in Al Shahaniya, Qatar, they are always joking with each other.

Having a friend close by has been important for Cristiano Ronaldo. Despite the good phase with the Portuguese shirt, he has been without a club since he entered into litigation with Manchester United, after harsh criticism of the club and coach Erik ten Hag.

Being unemployed and not knowing what his future will be is an unprecedented situation in the career of the number 7. But it is not the first time that he has been involved in a controversy with a coach. This has already occurred in the selection itself.

In 2014, after the World Cup in Brazil, when Portugal did not make it past the group stage, coach Paulo Bento was fired. At the time, the European press pointed out that the striker would have had influence on the federation’s decision. The commander thinks it was not so.

“I don’t think they reversed the roles, changed the hierarchy. That would set a precedent that wouldn’t be good either for the president of the Portuguese Football Federation or for the player. I don’t believe that an athlete, no matter how much influence he has, can decide and intervene in larger matters”, said the coach.

Bento is currently the commander of South Korea, but he will not cross Cristiano’s path on the pitch. He will serve suspension and will not be able to stay on the bench.

From the tribunes of Cidade da Educação stadium, you will observe your athletes on a difficult mission. “We will be facing one of the best generations [de Portugal]”, said.

A respect that is also due to Pepe and Ronaldo.