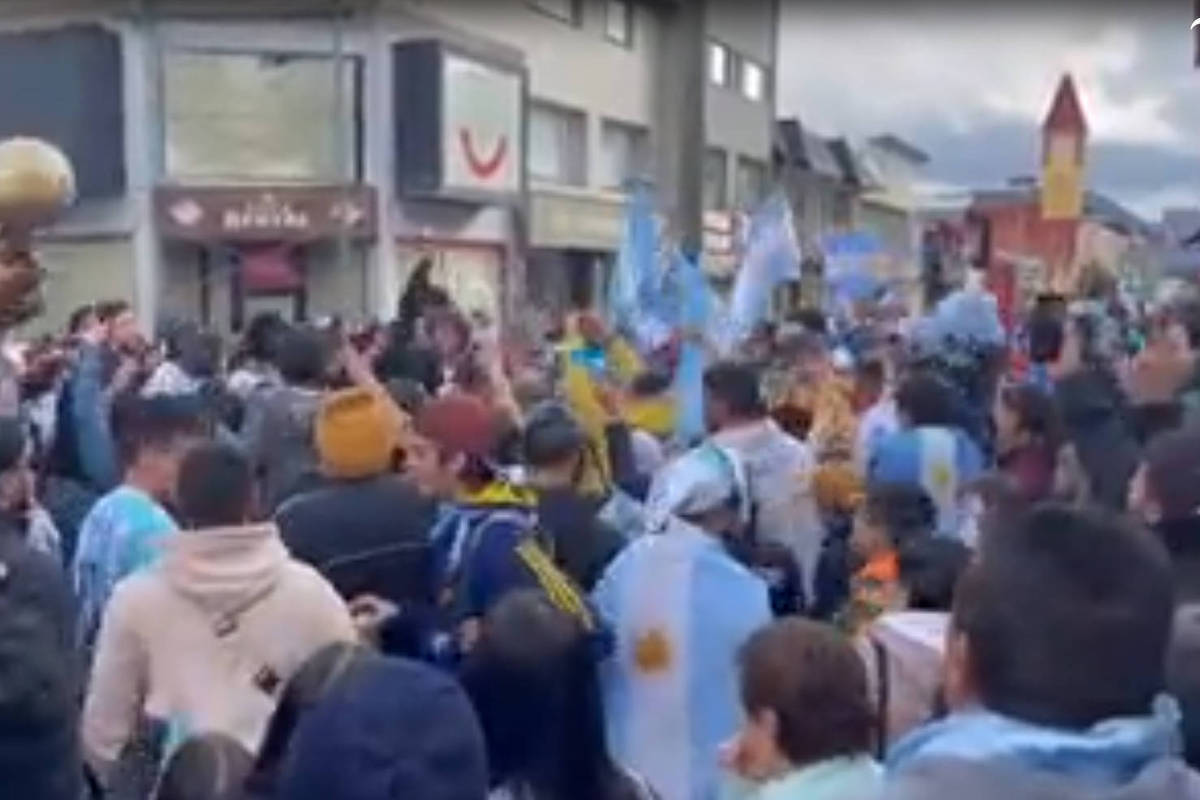 At the ‘end of the world’, Argentines face cold and wind to celebrate victory against Australia

“Pass the ball to the messiah”, said, without seeming exaggerated, the local football announcer just before Lionel Messi took the free-kick that created Argentina’s first goal in the 2-1 victory against Australia, this Saturday (3 ).

It was enough for the public in one of the bars on Avenida San Martin, in the center of Ushuaia, more than 3,000 km from Buenos Aires, to stand up to clap and shout.

Few walked outdoors in the tourist town of just under 100,000 inhabitants while the national team played the round of 16 of the World Cup. Those who braved the strong wind and cold of 4OC were mostly foreigners.

“Here we support Brazil, Uruguay, all Latin Americans, but if they play against Argentina, we completely lose control, we are fanatics,” said Lurdez Ríos, 54, a taxi driver, in one of his last rides shortly before for the game to start.

The city’s traffic disappeared by departure time, with a few tourist buses plying the streets.

“I’m rooting for Australia, but here in silence,” said, laughing, an English tourist watching the game with a worried look outside the bar.

In another bar, in the port of Ushuaia, the opportunities missed by the Argentine team in the last 15 minutes of the game generated screams and curses.

When the game ended, the fans braved the cold and took to the streets chanting “Argentina, Argentina”.