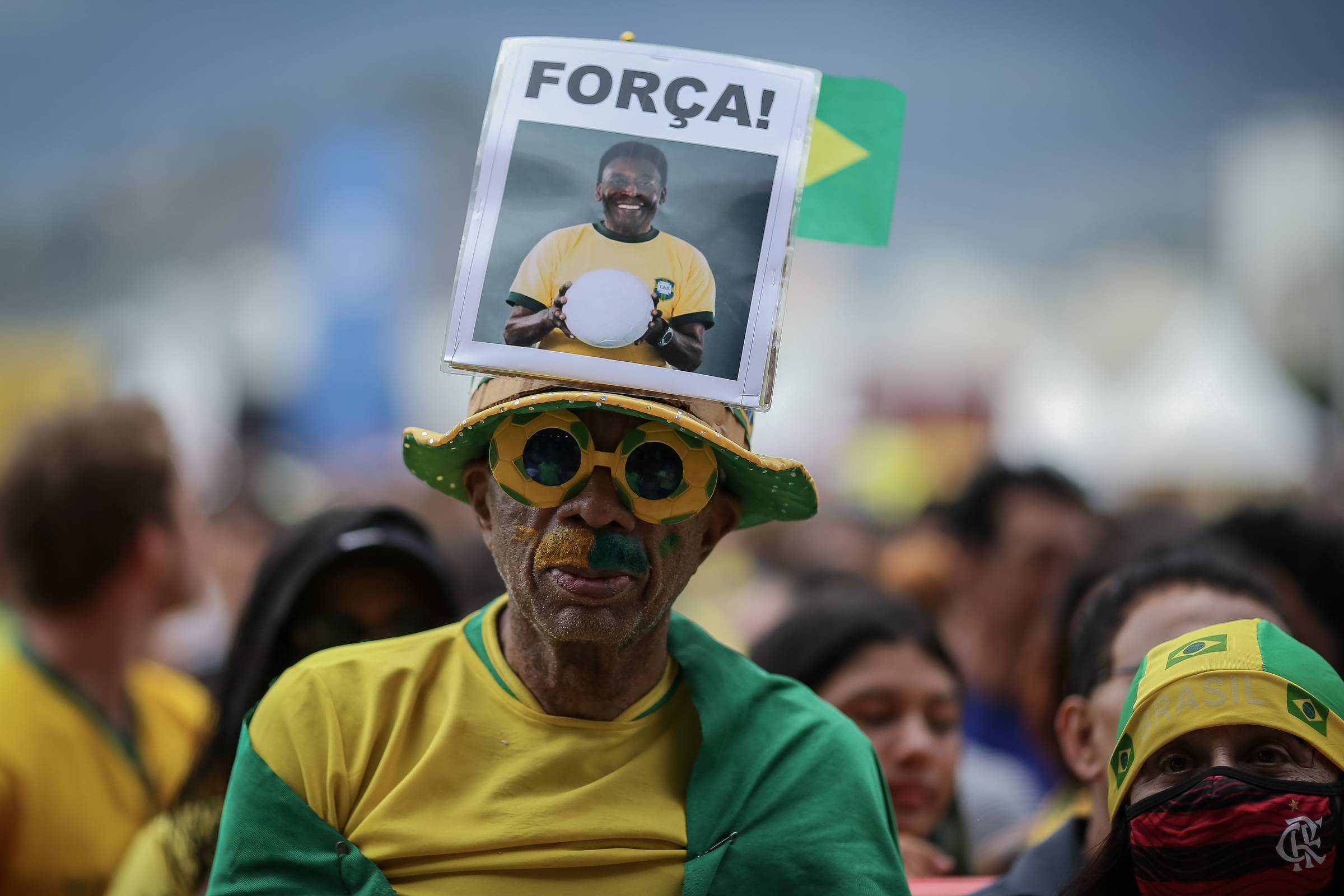 Hope for the sixth took the sands of Copacabana Beach, in the south zone of Rio, with Brazil’s classification for the quarterfinals of the Qatar Cup, this Monday (5). More than 25,000 people celebrated the victory of the Brazilian team at the Fan Fest in Rio, according to the organization of the event.

With a record number of fans, the climate of optimism emerged in the first minutes of the game against South Korea, with Vinicius Junior’s goal.

The high point of animation of the match, however, was when Neymar scored his first goal in the World Cup. The audience following the game on the thousand-inch screen echoed the striker’s name.

Civil servant Rosemary Bohrer, 68, who watched the other three games in Copacabana and prepared a different costume for each day, took care of her look this Monday to celebrate Neymar’s return to the field.

“I love Neymar and I was very sad when he got hurt. When I found out he was coming back, I customized this very Brazilian costume, to send positive energy. It worked, he arrived!”, he celebrated.

The animation continued in Copacabana with the advantage of the Brazilian team that scored two more goals, with Richarlison and Paquetá.

Some fans took the opportunity to honor Pelé, 82, with banners and posters. The King of Football has been hospitalized since last week at the Albert Einstein hospital in São Paulo. Messages like “Strength, Pelé” could be seen at various points in the place.

Retired Aristides Teles, 66, wore a hat with the image of Pelé and a message of support for the only player to have won three World Cups. “We are going to win the hexa in honor of the King”, he said.

As for the cover of singer Roberto Carlos, Jorge Virela decided to honor the other king with the characterization he has been doing for 20 years. “I came like this for luck, and I even brought the cup with me because the hex is coming,” he said, kissing a replica of the trophy.

After South Korea’s only goal in the second half, the rain fell in Copacabana and the public cooled down. Despite this, the crowd remained firm at the event and vibrated high with the victory at the end of the game.

The beach continued to be crowded for the concert by Xande de Pilares, who led the celebration in the early evening.

Facebook
Twitter
Pinterest
WhatsApp
Previous article
Opinion – From Grain to Grain: If you evaluate property this way, you may end up paying dearly
Next article
Group of homeless people gather outside trade to see selection