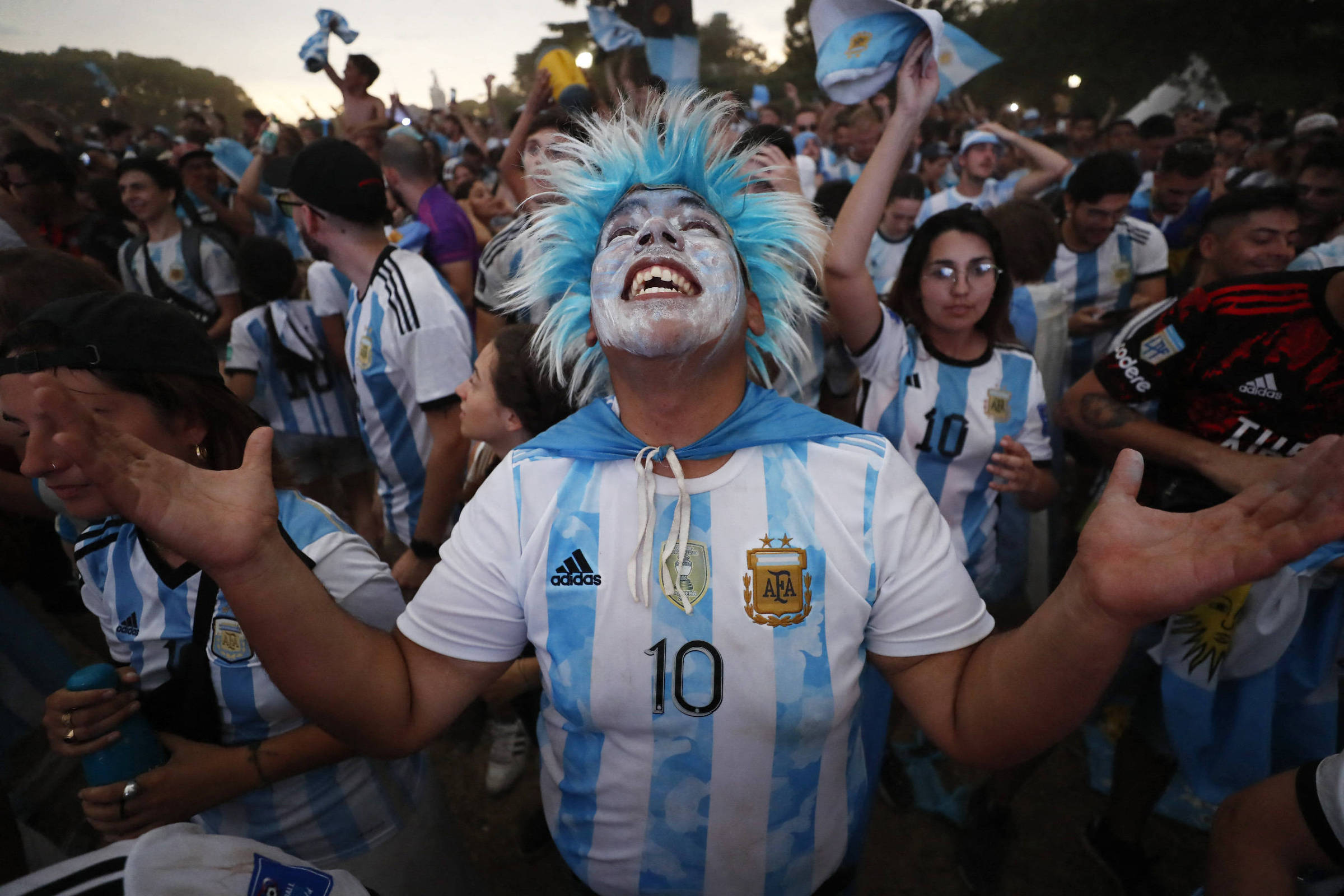 In Buenos Aires, chants of ‘Dibu, Dibu’ sound as loud as those of ‘Argentina, Argentina’

A few drops of rain were already falling on the sultry afternoon of this Friday (9), in Buenos Aires, when a group of teenagers with vuvuzelas, flags and drums ran through the streets that gave access to Palermo park. They chanted “Argentina, Argentina”.

There was no one on their way, because from 4 pm the city was empty. Only with the end of the game did cars begin to travel on the main roads, honking their horns, many of them with white flags in the windows.

Under a sun of 37OC, those who weren’t watching the game at home or in bars gathered there in the park, which housed the Fan Fest, where there were two screens, restrooms, food trucks, empanada vendors and a few shadows.

Since the beginning of the day, a couple wearing shirts from the Brazilian and Argentine teams was already in space. The beaten earth of the park, where they had camped, had already stained the pieces and made it difficult to distinguish between one and the other.

“We always cheer together. And the shirts are old, soon it will look like they belong to the same team”, said Luca Antés, Uruguayan-Argentine, who wore the light blue and white, and Marina Naldini, the yellow one.

“We came here to watch the two games, Brazil and Argentina, we wanted a semi with both teams, but it didn’t happen”, said Marina, making a face, referring to Brazil’s defeat to Croatia, earlier.

Luca was more excited. His Argentine family was preparing a barbecue, and he expected the match with the Netherlands to end “at least” 2-0.

“It’s Messi’s Cup. We can go without winning another 20 years, but we need to win this World Cup”, he said.

A fan of Peñarol, since he has lived on the other side of the River Plate since he was a child, he does not hesitate to support Argentina in the World Cup. “He has more passion, more songs, he doesn’t have a crowd like the Argentina crowd,” he said. Marina nodded in agreement.

The crowd split between the two Fan Fest screens. The first two goals were celebrated with hugs and screams. The first from Holland was practically ignored by the fans.

There were many foreigners in the space, who usually visit Buenos Aires in the summer. Several languages ​​were heard and every angle or detail was filmed.

Near the end of the game, when the public was already beginning to show signs that it would leave the party with a certain victory for Argentina, came the scream, this one not of celebration, but of indignation. “No”, shouted almost everyone, when they realized that Holland had scored again, and that the match would have an extra time.

The stretch of the game was tense, it felt longer than usual due to the heat and nervousness. Many said they wanted the penalties soon, because they saw Messi tired, and because Dibu Martínez, the Argentine goalkeeper, is known for taking important penalties.

There was no other, victory by 4 to 3 on charges. In addition to “Argentina, Argentina”, the fans who came out celebrating also chanted “Dibu, Dibu”.